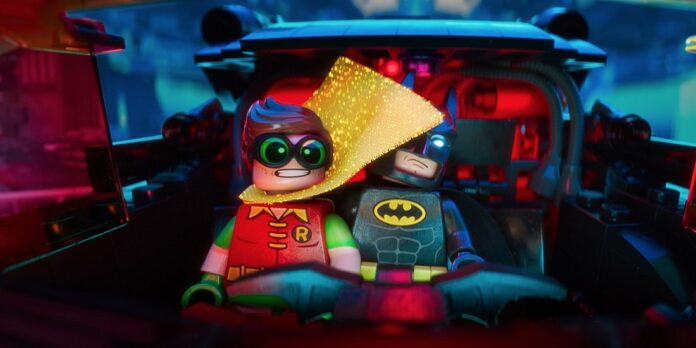 THE STORYThere are big changes brewing in Gotham, but if Batman (Will Arnett) wants to save the city from the Joker’s hostile takeover, he may have to drop the lone vigilante thing, try to work with others and maybe, just maybe, learn to lighten up.

“The Lego Movie” was an unexpected hit that won the hearts of millions of people all over the world, critics and audiences alike. With the latest film in the animation series, “The Lego Batman Movie” is not necessarily a sequel as much as it is a spin-off featuring one of the most popular characters from the original film. With all of the previous iterations of Batman at their disposal for both dramatic and comedic effect, Warner Bros has another surefire hit on their hands with “The Lego Batman Movie.” Although not reaching the levels of its predecessor, this relentlessly funny film will no doubt please most audience types ranging from kids to adults, to critics, and comic book fans who cherish and hold dear how the caped crusader is portrayed on screen.

Taking place in the lego world of Gotham City, “The Lego Batman Movie” follows Batman/Bruce Wayne (Will Arnett), as the masked crime fighting vigilante is suddenly taken aback when his “greatest enemy,” the Joker (Zach Galifianakis), unexpectedly turns himself into the Gotham Police Department now run by the new Commissioner Barabara Gordon (Rosario Dawson). Now, without any criminals to fight, Batman finds himself confronting his own loneliness despite the presence of his trusted butler Alfred (Ralph Fiennes) and a mistakenly adopted orphan boy now in Batman’s care named Dick Grayson (Michael Cera). Not one to give up the lifestyle which he has led for over 90 years, Batman knows that the Joker is planning something and will have to decide whether or not to leverage his new friend’s help in defeating him.

“The Lego Batman Movie” contains the same jaw-dropping animation style of “The Lego Movie” with the same breakneck pace, energy, humor and lively voice acting. It’s extremely self-referential and self-parodies itself based on the previous films that have tackled Batman and not only other characters within the DC Comics Universe, but also other classic Warner Bros. characters, including but not limited to the Eye of Sauron from “The Lord Of The Rings” trilogy and Voldemort from the “Harry Potter” series. The jokes come fast, are usually equipped with awkward pauses and are sometimes backed by modern and old radio hits. Which brings me to the humor within this film. “The Lego Batman Movie” is always striving to be funny. Sometimes it works and sometimes it does not. However, this is not so much a complaint as it is an acknowledgment of the writers trying to appeal to all types of demographics. Kids will laugh at jokes regarding Batman’s butt or the lack of tights for Robin’s wardrobe while adults will chuckle at Batman making an inside joke towards the recent “Suicide Squad” film and his “homo-erotic” relationship with the Joker. There’s something for everyone within this film and that may be its greatest accomplishment, which finally brings me to the hardest group to please and that is the loyal DC Comic Book fanbase.

Those who feel that the character of Batman is currently in trouble at Warner Bros. after the end of Christopher Nolan’s “The Dark Knight” trilogy and now with his latest incarnation by Ben Affleck, need not worry here. What I was most astonished by when it came to “The Lego Batman Movie” was how the writers were able to reveal layers to the famous crimefighter that had not been explored in the previous films. The movie takes a focus on Batman’s self-imposed loneliness and it’s here that the film becomes unexpectedly moving at points and manages to show respect towards a character that many felt had grown stale in the wrong hands. Will Arnett’s pitch perfect (Even if it does sound a lot like his work on “BoJack Horseman”) voice work helps to give the character new life while everyone else including Michael Cera (Who does “gosh giddy” excitement better than almost anyone) and Zach Galifianakis add to the energy and excitement of the film’s overall tone, creating a joyous, fun-filled time at the movies.

If you can manage to forgive “The Lego Batman Movie” for trying a little too hard at times to please everyone, you will find that this spin-off to 2013’s “The Lego Movie” is certainly not only worth your time but also worth bringing your kids to and coughing up the extra couple of dollars at the cinema. Life lessons, action, humor, gorgeous animation. What more could anyone ask for? “The Lego Batman Movie” manages to juggle all of these different elements in a film that cements Warner Bros. Animation group as a force within the animation field and leaves me craving more Lego-based sequels and spinoffs within this universe.