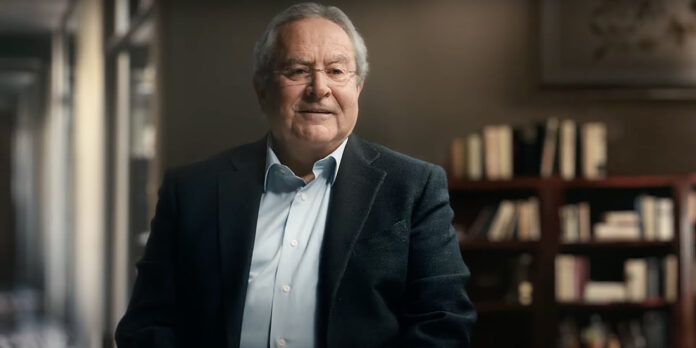 ​​Global politics will always be a case of immense fascination with the public at large. Even when one takes a microscope to events that have been endlessly covered in the past, there are still so many facets of information that can come from enlightened viewpoints and make it feel unique. Many films have aimed to tackle such discussions, and the medium of the documentary has always been an excellent foundation for this exploration. “The Human Factor” is a new film that plays in this arena with the purpose of uncovering some profound truths. Despite a rough start, it actually manages to present a relatively engaging portrait of a tense and difficult time in history.

The subject at the forefront here is the all-important topic of peace in the Middle East. More specifically, the conflicts between Israel and the neighboring Syria and Palestine. Mainly using interviews from American diplomats in the Bush and Clinton administrations, the film tracks the meticulous process that was implemented to negotiate the numerous attempted peace agreements in the region. Throughout much of the 1990s, a tireless effort was expended to stabilize these nations and reach a common ground for an amicable living. As governments changed and culture shifted, there are many successes and failures that are documented. All of this was for the goal of showcasing the tireless devotion to accomplish what many believe to be an impossible task.

Admittedly, the start of the film is anything but enticing. The collection of interviewees struggles to present themselves as compelling figures, mostly blending into each other without too much specification of what made their roles in this situation so unique. The initial premise sets up an understanding that the American perspective will be dominant, and that makes one immediately suspicious of the narrative’s intentions. It, unfortunately, establishes an initially off-putting tone. The pacing is sluggish here as well, and the momentum generally stalls. The more significant issues at stake are not as intriguing as the more mundane details, which impedes the overall interest in this vital commentary.

Fortunately, things do pick up immensely after the first thirty minutes. The tension suddenly feels more prescient, and the linear structure detailing this conflict is now much more captivating. As the events unfold, director Dror Moreh draws the audience into this intricate web of deal-making that must maneuver infinite obstacles that threaten failure. Sometimes the bifurcated focus between the Syrian and Palestinian talks can disrupt the flow, but there is still a great appreciation for the minutia that goes into such skilled labor. The acts of diplomacy are shown in both grandiose gestures and intimate collaborations, and it’s quite interesting to watch the triumphs and tribulations. The scope does not shy away from the complicated hypocrisies at play, particularly in the United States’ motivations and investments. Obviously, a clean resolution is never presented, but the examination of what the true cost of peace can be in a politically fraught landscape is mined for thought-provoking content.

When one initially starts “The Human Factor,” there is a danger of not finding this material all that engrossing. The slow pace does not help to create an investment in this subject, and the framing of the perspectives establishes a biased and incomplete notion. The film gets off on the wrong foot in all truthfulness, and much of the introductory commentary is not inviting. However, soon an acceptable rhythm is found, and the storytelling becomes much more appealing. The elements explored are of great interest, and the layers peeled back are revealing in a way that illuminates an arduous process that’s fascinating to explore. One could argue there are more accomplished works on this particular topic, but this one eventually finds a stimulating method to scrutinize such issues.