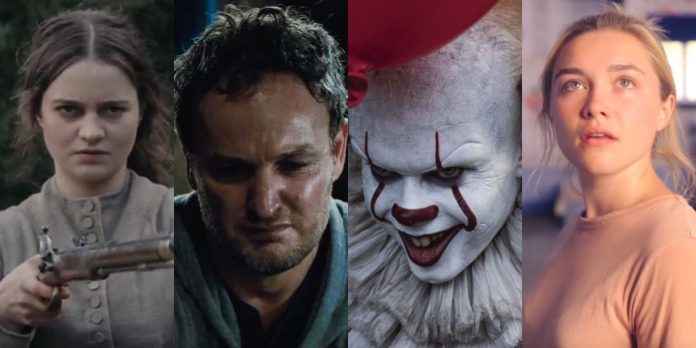 ​I firmly believe that we are currently living within a horror renaissance. Each year we are graced with another groundbreaking horror film that elevates the genre to new heights. The streak has been pretty consistent lately and it seems like it is not going to slow down anytime soon with 2019 which should cap off an amazing decade for the genre. Whether it be art-house horror like “mother!” or a bit more mainstream horror like “A Quiet Place,” this is truly the best time to be a horror fanatic.

2019 looks as if it won’t be so different so we here at NBP decided to take a look at some horror films releasing this year that will keep that trend alive. So without further ado, here are some horror films to look forward to in 2019.

We may as well start with the one that is already playing in theaters and if you have not already purchased a ticket for, you should do so immediately. Jordan Peele’s follow up to the Oscar-winning “Get Out,” is one that will shake you to the bone. While “Get Out” was definitely a horror film, it the Academy Award-winning Jordan Peele has upped his game in terms of terror for this project. Not only is the horror more terrifying but everything on a technical level has improved from his last film. His visual style, his editing, his writing. While none of this was necessarily bad in “Get Out“, Peele has one-upped himself in every facet. Demanding repeat viewings with a terrific leading performance from Lupita Nyong’o, “Us” will be a smash hit that will scare people all over the world.

Now, while there is no official release date for “The Nightingale” in 2019, it did show at the Sundance Film Festival this past January to massive, if a bit divisive praise. Jennifer Kent’s follow up to the bone-chilling “The Babadook,” is a violent powerhouse that is a downright emotional onslaught. She continues her ability to create an incredibly intense atmosphere that almost feels like its own character, as well as directing the ensemble to some brilliant performances. It was even said at Sundance that some audience members were crying, fainting and sprinting out of the theater. Kent proved with “The Babadook” that she is a master of the horror genre and it sounds like she will continue to be one with this next film.

The first installment of “IT” was a massive success both critically and commercially. The film was scary, had loads of funny moments, and while it didn’t full-heartedly follow the Stephen King novel it was based on, it still left fans satisfied. But it did leave some wondering why a massive portion of the book was missing. However, that will be answered with the much-anticipated sequel. 27 years after the first film, the Losers club will be returning to Derry, Maine to finish what they started as kids. “IT: Chapter Two” features all of the child actors from the first film and also an incredible cast of adult actors to play the child character’s older selves. With most of the same team involved in the sequel, “IT: Chapter Two” should be an exciting horror film.

Ari Aster’s follow up to the critically adored “Hereditary” is one that looks to be equally as disturbing. The trailer released a little while back and gave off a similar vibe as the “Hereditary” trailer but with a slightly brighter feeling. The natural lighting, bright and sunny skies, and beautiful landscapes are the perfect place for Aster to place a terrifying horror film. While it looks visually appealing, there is no doubt that the other contents of the trailer are deeply unsettling. Aster captured our attention with “Hereditary” and is looking to continue to prove himself with his sophomore film.

A modern adaptation of one of Stephen King’s most terrifying novels, “Pet Semetary” looks like it offers up a nice terrifying take on not only the book but the film directed by Mary Lambert in 1989. After debuting at SXSW, it received massive praise from countless critics about just how horrifying it is and how the new take on the piece of literature was unique, spooky, and surprisingly funny. Looking to capitalize on the popularity of the recent “IT” adaptation, “Pet Semetary” looks like it will be another surprisingStephen King crowd pleaser this year.

“Scary Stories to Tell in the Dark”

“Scary Stories to Tell in the Dark” is an adaptation of a book by the same name which contains several short horror stories that is meant to be aimed towards children. However, the contents of the book are quite terrifying. With Guillermo del Toro producing and assisting on writing the project, it certainly is one to get excited about due to his love and respect for the horror genre. We saw several small snippets of teasers during the Super Bowl that showed quite a bit of promise. It will be interesting to see how they adapt the collection of stories onto the film format but with the team del Toro has assembled behind the movie, it certainly has promise.

“The Lodge” premiered at Sundance this past January and was described as the perfect atmospheric horror film. It screened to some pretty big love from critics and offered up what many called “a slow-burn, bone-chilling” horror film. Directed by the duo behind the German film “Goodnight Mommy,” they have returned with another powerhouse of a film. Again, kind of like Jennifer Kent’s “The Nightingale” there’s no official word on when this will release in 2019. However, it was purchased by NEON shortly after its Sundance screenings so we should hope to see a theatrical run at some point.

Mike Flanagan has been crafting some truly terrifying horror films for his entire career. But this past year he showed off some truly groundbreaking work with Netflix’s “The Haunting of Hill House.” Looking to take advantage of the opportunities that successful show afforded him, this year he will be heading the adaptation of Stephen King’s “Doctor Sleep.” The story is a sequel to the widely popular King book “The Shining,” told from the point of view of an adult Danny Torrance. Starring Ewan McGregor, Rebecca Fergusson, and Jacob Tremblay, the film has a stacked cast and under the direction of Flanagan whose been killing it for years, this should be quite a solid horror film.

Which horror films are you most looking forward to? Have you seen “Us” yet? Let us know your thoughts in the comments section below or on our Twitter account.