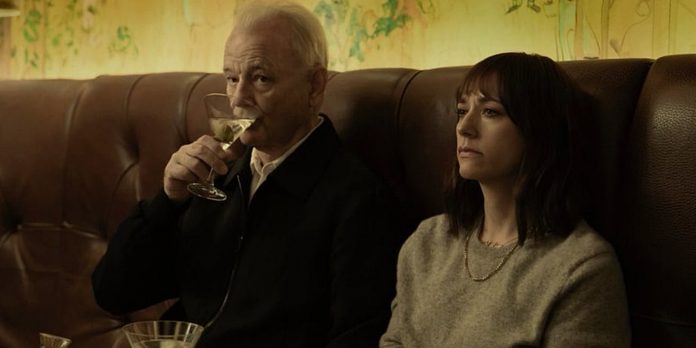 ​In an interview with Entertainment Weekly, Sofia Coppola discussed her eighth film “On the Rocks”, and teased some of the story’s details. More shots from the film can be seen in the interview previously linked. The film was produced by A24 and will be released later this year in October on Apple+.

“On the Rocks” stars Rashida Jones as Laura, a writer who thinks that her husband (Marlon Wayans) is cheating on her. She then spirals into an identity crisis and meets up with her father, Felix (Bill Murray), where they embark on an adventure through New York City and “reconsider their respective takes on life and love.”

Coppola had a conversation with late filmmaker Buck Henry where he encouraged her to discover her character’s voices through dialogue, which may lead “On the Rocks” to be one of her most talkative films. Coppola discussed Jones and Murray’s dynamic, saying, “Because so much of the story is the two of them spending time together and an exchange, that’s where the humor comes from: Felix’s [spoken] perspective and her being a modern woman from a more traditional perspective.”

Coppola previously worked with Murray in the 2003 film “Lost in Translation” and said that because of the film, it was difficult for her to do another project with him. She said, “I never thought I could do something with Bill again, because people have such a fondness of him and Lost in Translation. I could never recreate something like that, so I never wanted to touch it. But, all this time has passed, and I loved working with him and I love seeing him in film. We haven’t really seen him as this debonair, playboy father at this stage [of life], so I just had to get over it because now we’re in a different phase [of life]”.

What do you think of “On the Rocks?” Do you think it’ll gain any awards buzz? Let us know in the comments section below or on our Twitter account.