The Films & Characters From The Mind Of Paul Schrader 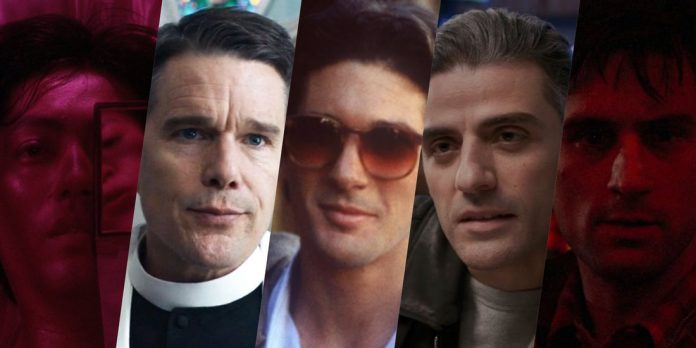 ​The comprehension of self is constantly out of reach in the works of Paul Schrader. The filmmaker once described the ability to understand one’s self as an “illusion.” Yet, he’s spent the last five decades presenting characters who are obsessed with their own identity (or lack thereof). The promise of self-discovery is too strong to resist, and the characters who occupy Schrader’s films go to extreme, often violent ends to justify these transcendent means. The irony, of course, is that each of these characters are tethered to the mortal coil of the workplace. There’s a reason Schrader refers to his rogues’ gallery as “Night Workers”; their professions are their only connection to the outside world and thus come to define who they are. Where most people work for a living, these men work to feel alive.

“American Gigolo” (1980) is the most accessible of Schrader’s occupational dramas, making it an ideal starting point. The film chronicles the life of Julian Kaye (Richard Gere), a Beverly Hills gigolo who gets linked to the murder of a female client. Julian’s vanity is a sight to behold, not only for his chiseled good looks but for his all-encompassing, sociopathic commitment to the charade of sex. By spending his time servicing that which people desire most, he’s failed to cultivate a life or personality of his own. “Julian Kaye” isn’t real; he’s a mask that gets put on when it’s time to go to work. He likes it that way. It’s more fun.

Schrader compounds this superficiality by emphasizing Julian’s physical appearance. The character looks immaculate from the opening frame, but the tighter the noose gets around his throat, the more imperfections surface. His clothes become wrinkled and dirty, his face unshaven. He has few people support him, much less provide an alibi. Schrader wraps “American Gigolo” in the styles and sounds of the yuppie era, only to pinpoint the hollowness at its core, and by extension, Julian’s. In the end, Julian’s sexual prowess meant nothing. He’s still a lowly gigolo, a punchline for tabloids and high society folk alike.

“Taxi Driver” (dir. Martin Scorsese, 1976) and “Light Sleeper” (1992) are twin crime films separated by a partition. The former details the experiences of rookie cabbie Travis Bickle (Robert De Niro), while the latter follows drug dealer John LeTour (Willem Dafoe) on the eve of his retirement. One makes his living behind the wheel, the other from the backseat. Schrader highlights the different junctures these men are at in life, but their inability to establish personal connections traps them in a similarly destructive cycle.

Bickle is so desperate to leave a meaningful impression, after hours of being little more than a faceless driver (and a horrible date), that he tries to assassinate a politician on a whim. He settles for plugging a few nearby pimps, but the cruel joke underpinning his strife comes in the final minutes, where we see a newspaper with the headline “Taxi Driver Hero to Recover.” In his moment of triumph, Bickle is nothing more than a taxi driver who lost control. The meter and the time bomb within Bickle have started ticking all over again.

“Light Sleeper” provides a more mature outlook on a professional dead end. LeTour is a decent man who means well, at least, as well as someone peddling smack can mean. He has aspirations to become a music producer, but his addict/dealer experience is all he has, and he’s scared to take the plunge. Schrader explores the character’s midlife crisis to its fullest here, pinpointing the anxiety one experiences when they feel time has passed them by. It takes the death of a loved one to shatter LeTour’s complacency and inspire agency, though he ultimately resorts to the same violent tactics as Bickle. He survives a haze of gunfire on sheer luck and is left to sort out the rest of his life behind bars. Not the change LeTour wanted, perhaps, but the change he needed.

This sense of wasted time, particularly as one ages, is taken a step further in “First Reformed” (2017). Schrader’s explicit nod to “Diary of a Country Priest” (1959) wades knee-deep into the waters of religion and environmentalism, all the while tracking the internal crisis of Pastor Ernst Toller (Ethan Hawke). Toller’s profession is undoubtedly more respectable than that of his peers, but the same wave of fear strikes when he questions whether his decades of servitude have been in vain. At crucial moments throughout the film, Toller finds himself repressing his true feelings to adhere to the persona he’s cultivated as a Pastor. Duty before truth. However, as with most of Schrader’s tortured men, the vitriol rises to the surface in horrific outbursts. The specifics of the “First Reformed” ending are up for debate, but the suggestion that Toller would suicide bomb his own church (and its attendees) is one of Schrader’s most devastating character choices. Several years later, it still packs an emotional wallop.

“Mishima: A Life In Four Chapters” (1985) is the only logical pivot after “First Reformed.” It’s Schrader’s highwater mark as a writer/director and arguably the finest example of his profession-as-identity thesis to date. It recounts the life and death of Japanese artist Yukio Mishima (Ken Ogata) while dramatizing select chapters from Mishima’s literary works. The character’s agency is unique to Schrader’s writing in that Mishima is constantly striving to circumvent the shackles and tropes of his given profession. He’s labeled a tender wordsmith for his novels, so he combats it through masculine displays of fitness. He finds critical adoration as a playwright and then takes a left turn to star in violent action films.

The dramatization of Mishima’s works helps to shed light on these contradictory impulses. Slowly but surely, Schrader uses the artist’s own colors to paint a portrait of a terminally stubborn ego, a man who was the sum parts of his art rather than the other way around. Mishima’s death, which occurred after he stormed a military base and took personnel hostage, is masterfully juxtaposed with the deaths of his various fictional characters. Fantasy and reality collide in this transcendent film moment, and Mishima becomes one with the body of work he left behind. “Mishima: A Life In Four Chapters” may not provide a pathway to hallowed self-discovery, but it offers the next best thing: an intimate, expansive look at a man who got closer than most.

“The Card Counter” (2021) is the latest Schrader film to go the occupational route. It weaves a tangled web around William Tell (Oscar Isaac), a former military interrogator who makes his living as a gambler. Tell falls in line with the “Night Workers” of old, right down to the self-loathing and illicit skillset. It remains to be seen where he’ll rank in quality, but regardless, his profession will illuminate another part of Schrader’s artistic obsession. How he will be received by audiences and fit into Schrader’s already impressive filmography of character studies remains to be seen.

Have you seen “The Card Counter” yet? If so, what did you think? Which is your favorite Paul Schrader film and character? Let us know in the comments section below or on our Twitter account.