“THE EYES OF ORSON WELLES” 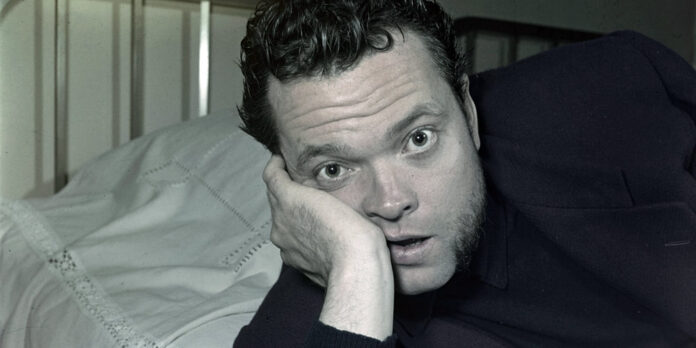 THE STORY – Granted exclusive access to hundreds of drawings and paintings by Orson Welles, filmmaker Mark Cousins dives deep into the visual world of this legendary director and actor, to reveal a portrait of the artist as he’s never been seen before: through his own eyes, sketched by his own hand, painted with his own brush.
​
THE CAST – Orson Welles, Mark Cousins & Beatrice Welles

Orson Welles is undeniably one of the giants of cinema. His first film, which he wrote, directed, and starred in when he was only twenty-six years old, was “Citizen Kane,” a film regularly recognized as the greatest ever made. Welles has remained a subject of fascination to this day, over thirty years after his death, partially because so many of his films were either heavily edited (“The Magnificent Ambersons”) or never finished in his lifetime (“The Other Side of the Wind“), leaving a palpable air of “what might have been” surrounding him.

So here comes “The Eyes of Orson Welles,” from “The Story of Film: An Odyssey” director Mark Cousins, offering a new(-ish) way of looking at the man: Through his drawings, paintings, and sketches, nearly all of which have never been seen before. This treasure trove of art includes sketches he made on travels as a young man, drafts of sets for theatrical productions, and some paintings that his daughter Beatrice has hanging in her house. And these pieces of art are really quite something, showing that Welles simply had an artist’s eye right from the very start.

But even though the art is great, the film around it is less so. An essay film structured as a letter from Cousins to Welles, “The Eyes of Orson Welles” offers no real reason for being other than to satiate Cousins’ own auteur lust. His typically ASMR-like narration is constantly asking questions of Welles that the man himself might have been able to provide interesting answers to, were he still alive. But he’s not, and the film sets up certain expectations in making one of its very first questions “Can we look at you anew, Orson?” If you only know Welles through his films, then yes, you might learn some things about his life you didn’t know before, particularly his early life. If you’ve read even one biography, though, there’s not much new here other than the pieces of Welles’s art themselves.

In trying to look at Welles’s film work anew through the lens of this other art of his, Cousins only hits on the most obvious of thesis statements: These sketches, drawings, and paintings share a visual style with Welles’s films! Look at how this draft of a stage set for Julius Caesar looks just like one of the sets used in “The Trial!” He loved to draw faces, and so his films are filled with striking close-ups! These are interesting connections to see, but anyone could have made them, and Cousins’ insistent need to spell them out for us in narration as well as film clips is sometimes eye-roll-inducing.

And then there’s the finale, in which an actor reads an imaginary reply from Welles to Cousins. It’s an act of hubris worthy of Welles himself, but depending on how the film has worked for you until that point, it may prompt even more eye rolling. After an hour and a half of listening to Cousins drone on and on about Welles’s work and the places where he lived, visited, staged plays, and shot his films (in the exact same style as “The Story of Film”), this letter comes across as a fanciful bridge too far.

Or, perhaps it is an appropriate ending for a film about one of the most grandiose, self-important figures in cinema history (and trust, I mean that in the best way possible), lovingly written in his voice by an ardent student and fan. Because, for all that “The Eyes of Orson Welles” may come up short, for lovers of film, it is still wonderful to see these pieces of history that have not really been seen before. And even if Cousins himself doesn’t really offer anything interesting in the way of analysis, and his critique is perhaps overly fawning, there is still value in seeing another side of Welles’s artistry, and being able to make our own conjectures about the things that fascinated him and how visual throughlines can be traced through his work. “The Eyes of Orson Welles” may not have much new to offer other than his artworks, but that’s still a lot. And for fans of Welles, it’s essential.

Powered by JustWatch
Share
Facebook
Twitter
Copy URL
Previous article
The Next Best Picture Podcast: Episode 133 – SXSW 2019 & The Trailers For “Late Night” & “Midsommar”
Next article
“THE ART OF SELF DEFENSE”