“THE DOG WHO WOULDN’T BE QUIET” 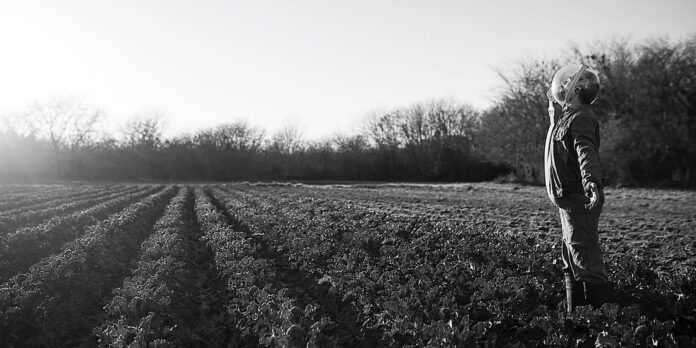 THE STORY – Sebastian politely faces his neighbors, who complain about his dog’s cries, and similarly reacts to his employers, who forbid pets in the workplace. A series of peculiar and challenging moments like this follow as Sebastian changes jobs and reconnects with his mother. At one point, along with the new responsibility of being a father, Sebastian must contend with an unknown pandemic—one that requires the bizarre preventive measures of walking crouched down and wearing expensive bubble headgear. At times disaffected, at other times cautiously optimistic, “everyman” Sebastian shows surprising resilience through it all.
​
THE CAST – Daniel Katz, Julieta Zylberberg, Valeria Lois, Mirella Pascual & Carlos Portaluppi

What if you were just living your life, trying to get by, when suddenly a cataclysmic global event forced you to severely adapt to a new set of daily circumstances while still being expected to be a contributing member of the workforce? Sounds pretty far-fetched, I know. Ana Katz’s new film “The Dog Who Wouldn’t Be Quiet” explores the simple routines and funny coincidences that make up a life and shows how that life can be disrupted but still march on in the face of disaster. It’s slow and gentle with an unpredictable ultimate purpose.

The film follows Sebastian (Daniel Katz), an average man who loves his dog so much that he will leave a job if it means not getting to spend as much time with her. We journey with him across a long but undefined period of time as he finds new jobs, falls in love and just does what he can to get by. While he is working at yet another new workplace, Earth is disrupted by a sudden catastrophe that changes how he and the rest of the planet’s inhabitants must live their lives.

The vast majority of this film is spent with the camera glued to Sebastian as he wanders seemingly aimlessly through an unpredictable but mostly stable life. It’s a reflective film, captured with surprisingly warm black-and-white cinematography. I can’t say that I entirely grasped the purpose of the movie until the final 20 minutes or so, but just because it’s light on plot to the point of practically not having one doesn’t mean I didn’t enjoy what I was watching. This film uses the power of empathy to get the audience to feel affection for Sebastian. The film smartly begins with lots of footage of him playing with his cute dog Rita, which is the quickest way to get me to connect to a fictional person. As we accompany him through his life, we’re only permitted to see fairly mundane scenarios. The result is a surprisingly cozy tone, and the film managed to lull me into a state of acceptance of its rambling nature.

Once the previously-alluded to global disaster occurs, the film steers heavily into being a realistic science-fiction story. In doing so, it reflects on the survivalist nature of humans and how quickly we can change our ways to fit a new set of rules. Of course, Sebastian is still expected to go to work as if nothing has changed. The similarity to our current era is obvious, but this story was an idea thought of and executed by the director before COVID-19 changed the world. As such, the parallels are eerie. Most notably, Ana Katz predicted that the global economy’s unfeeling nature would force average workers to be the frontline against an unknowable entity that doesn’t care about the free market. She also foresaw that it would be demanded that those same laborers not take issue with the ridiculous fact that their work-life was expected to continue on as usual. It’s chilling and perceptive and goes to show that humanity is nothing if not predictable.

Of course, the director’s choice to be a mostly slice-of-life film with little forward momentum to the story will not be one that all audiences will enjoy. Even though it worked on me in the long run, I will admit to being a bit restless for most of the movie’s runtime. Still, Daniel Katz’s quietly affectionate performance and Ana Katz’s vision make for a mysterious and, ultimately, strangely inspiring story for those who dare journey into its world.