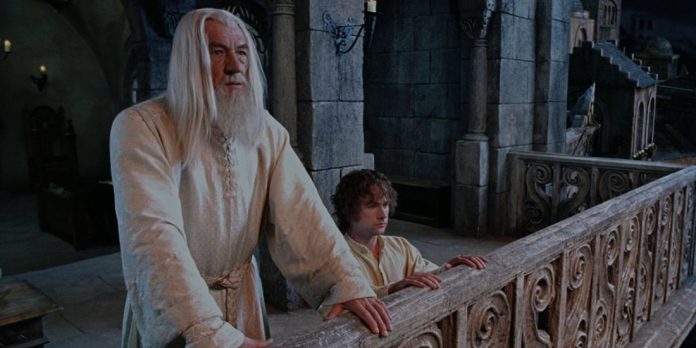 ​​And that’s exactly where we are right now. It’s been a long 6 months since the 90th Academy Awards ceremony and the next 6 are about to be even longer for it all begins again tomorrow: phase one of the 2018 Oscar season.

Around here, we refer to phase one as the time when the fall film festivals begin. It runs until the critics awards get announced starting usually with the New York Film Critics Circle, the National Board Of Review and the Los Angeles Film Critics. Then it’s a slew of other critics awards coming at us like an avalanche towards the end of the year which is its own beast altogether. This is known as phase two and it lasts until the beginning of phase three which is when the Oscar nominations are officially announced. But all of that is still a long ways away.

We are on the eve of the 75th Venice Film Festival which launches tomorrow and then we’ll finally hear the official word on “First Man,” “Roma,” “A Star Is Born,” “Suspiria” and countless other contenders we have been salivating for all year long. Last year’s Venice Film Festival saw the world premieres of eventual Best Picture winner “The Shape Of Water” (which also won the Golden Lion), Best Picture nominee “Three Billboards Outside Ebbing, Missouri,” the controversial “mother!” and this year’s “First Reformed.” The year before, Best Picture nominees “La La Land,” “Hacksaw Ridge” and “Arrival” premiered to acclaim. Needless to say, it is safe to assume that Venice will bring us a few contenders, a few surprises, and a few blunders as well. Remember last year’s Venice opener “Downsizing?” The festival runs until September 8th.

Right afterward, over the course of the Labor Day weekend, the Telluride Film Festival will be happening up in the gorgeous snowy mountains. While Venice brings us a few Oscar contenders, Telluride is seen as the true Oscar launching pad. Last year’s “Lady Bird” and “Darkest Hour” both premiered there while “The Shape Of Water” hit both festivals back to back. The year before, “Arrival” and “La La Land” also traveled from Venice to Telluride and were joined by the eventual Best Picture winner “Moonlight” and the Sundance hit “Manchester By The Sea.” All of these films went on to become key players in the Oscar race. What’s most interesting about Telluride is how dating all the way back to “The Hurt Locker” (which had premiered at Toronto the year before), every Best Picture winner has gone through Telluride.

So what’s playing at Telluride you might ask? Well, the fascinating thing is that no one knows. Everyone finds out the programming when they arrive. If any past lineups are an indication, we always know that the festival will deliver in terms of quality. Michael Patterson does an incredible job all season long of predicting which films will show up at the festival.

As of today, here are the films Michael believes are most likely to show up at Telluride…

Birds of Passage
Boy Erased
Can You Ever Forgive Me?
Cold War
Destroyer
Dogman
The Favourite
First Man
Free Solo
Girl
Graves Without a Name
The Front Runner
Meeting Gorbachev
Non-Fiction
The Old Man and the Gun
The Other Side of the Wind
Peterloo
Roma
Shoplifters
White Boy Rick

Do either one of these look like our next Best Picture winner or will this be the first year since 2009 that our Best Picture winner does not show up at Telluride. Most notably, we know “A Star Is Born” (which has major Oscar buzz steaming up for Bradley Cooper and Lady Gaga) is not playing at Telluride but will be stopping at Venice and TIFF. While I don’t claim to be a fortune teller, my gut says that the weekend will be kind to “The Front Runner,” Jason Reitman’s second film this year (after “Tully“) which focuses on the rise and fall of politician Gary Hart, played by Hugh Jackman. With political relevance tied to its story, a likable and overdue actor in the lead role and Reitman having goodwill from not only his past Oscar success with “Juno,” “Up In The Air” but also this year’s well-received “Tully,” “The Front Runner” has all the ingredients to be the Telluride film which goes the distance.

Also of equal curiosity is director Karyn Kusama’s “Destroyer” which stars Nicole Kidman in a barely recognizable role as a police detective dealing with the dark consequences of an undercover assignment from her past. The film, written and directed by Kusama (“The Invitation“), also stars Sebastian Stan, Tatiana Maslany, Bradley Whitford, Toby Kebbell and Scoot McNairy. With a cast like that, and the desire to see another year where a female written, directed and led film like last year’s “Lady Bird,” emerge from Telluride and find its path to the Oscars, is a scenario nobody wants to not see happen.

Of course there are other possibilities such as “The Favourite” which is said to be Yorgos Lanthimos’ most accessible film yet and Alfonso Cuaron’s followup to “Gravity” titled “Roma” which looks to be a visual stunner. But who really knows? I suppose we’ll have a better idea in a few days time.

As always, we’ll do our absolute best to provide you with the best Oscar coverage we can here at Next Best Picture. While we don’t have folks on the ground at this week’s Venice and Telluride Film Festival, our own Beatrice Loayza will be heading to TIFF next week and we’ll certainly have our ears to the ground (or eyes on our Twitter feeds) ready to update you on what the next best picture winner might possibly be.

​”The board is set. The pieces are moving. We come to it at last…”

Let phase one of the 2018 Oscar season commence!