The Case For “Parasite” To Receive A Production Design Nomination 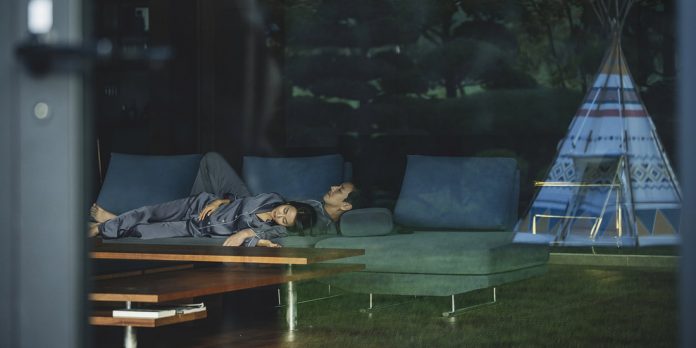 The tendency of the Academy “design” voters to primarily single out fantasy and period films has long been a source of frustration among film fans. The costume design category, for example, has only nominated five non-fantasy or period films this century (and one of those was “101 Dalmatians,” which teeters on the edge of fantasy). The production design category has only nominated three such films, which is to say, even though contemporary films often require enormous amounts of creative production and costume design, voters often ignore them for “flashier” fantasy and/or period works. Still, there are exceptions. Sometimes, a contemporary film is striking enough to catch voters’ fancy and show up. And who knows, maybe this year, “Parasite,” is that contemporary film.

“Parasite” has made headlines for the revelations that the production designers, art directors, set decorators, and VFX artists built everything on display in the film from the ground up. From the main mansion to a flooding middle-class neighborhood to two separate basement sets – everything was created for the film. The fact that the film is popular across the board and actively being campaigned will help.

So next, we look at other contemporary films that have been nominated for Production Design (since 1970), to see what they did that allowed them to overcome the bias against contemporary films, and see if they resemble “Parasite.” Bold highlighted films represent Best Picture nominations.

1. La La Land
2. The Dark Knight
3. Amelie
4. Romeo + Juliet
5. The Birdcage
6. Babe
7. The Prince of Tides
8. The Fisher King
9. Rain Man
10. Hannah and Her Sisters
11. The Color of Money
12. Witness
13. Terms of Endearment*
14. The China Syndrome
15. All That Jazz
16. Interiors
17. Airport 77
18. California Suite
19. The Turning Point
20. All The President’s Men
21. Shampoo
22. The Towering Inferno
23. Earthquake
24. The Poseidon Adventure
25. Travels with My Aunt
26. Airport
27. The Sunshine Boys
28. The Exorcist
​
So, 12 out of 28 were Best Picture Nominees, with “Terms of Endearment” being the only one to win Best Picture. Neon is pushing “Parasite” hard, and voters seem to be responding, so that’s promising. Of the other 16 films, nine won at least one other Oscar. “Parasite” is currently the frontrunner for Best International Feature Film, so even if it were to miss the Best Picture nomination, it would likely check off that box. Of the 28 films, 12 feature “fantastical” elements, even if they don’t reach fully into the realm of fantasy. “Parasite” arguably fits into that category. A number of the nominees built sets that are subject to explosions, fire, floods, or other forms of destruction. Again, “Parasite” fits that criteria.

In short, being contemporary is a hurdle for any would-be production design nominee, however, history has shown it’s not insurmountable. “Parasite” fits most of the characteristics of previous contemporary nominations in this category, and given Neon’s campaign, the film’s popularity and high profile production design, a nomination doesn’t seem out of the question.

What do you think? Do you think “Parasite” will receive a Production Design nomination? Let us know in the comments section below or on our Twitter account.