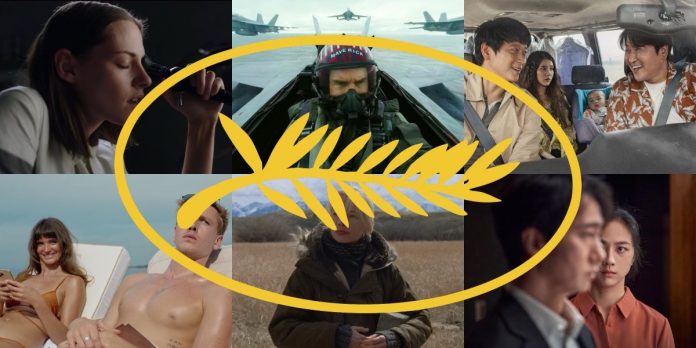 The Cannes Film Festival came roaring back in 2021 with an impressive lineup that saw the world premieres of Academy Award Best Picture nominee (and International Feature winner) “Drive My Car,” multi Oscar-nominated “The Worst Person In The World,” and the Palme d’Or winner “Titane.” Now, the festival celebrates its 75th anniversary this year, and the lineup speaks to the grandeur, sophistication, and variety of what Cannes is all about in presenting the best in world cinema to a global audience. We do not currently know who this year’s president of the Official Competition jury will be but the lineup has us extremely excited, especially because this will be Next Best Picture’s first year covering Cannes on the ground with our own Amy Smith in attendance.

Click below to see this year’s Cannes Film Festival lineup.

I have so many thoughts I almost don’t know where to start. Outside of the obvious big names everyone will instantly recognize, we have new films from Ali Abbasi (“Border“) and Cristian Mungiu (“4 Months, 3 Weeks, 2 Days”) to get excited over. It’s also very great to see actress Valeria Bruni Tedeschi directing again and in Competition. I find it amusing that there were reports Tarik Saleh might bring his new film “The Contractor” for an international launch at Cannes, and instead, it’s an entirely different film. Lucas Dhont is back after his impressive movie “Girl” made quite a bit of noise in 2018. I am a little worried about how Kirill Serebrennikov’s film will be received since it’s Russian but I expect the Cannes audience to still be fair towards the filmmaker. There are no Ukrainian films in Competition this year. Riley Keough will be making her directorial debut (as a co-director). “The Unknown Man” might be something to watch out for in Un Certain Regard as it’s directed by actor Thomas M. Wright and stars Joel Edgerton and Sean Harris. After breaking away from his brother Joel, Ethan Coen will be premiering his documentary “Jerry Lee Lewis: Trouble in Mind” here, and I’m glad to see Brett Morgen back (“Jane”) with the David Bowie documentary “Moonage Daydream.” All of this, on top of new films from James Gray, Claire Denis, Kore-eda Hirokazu, David Cronenberg, Kelly Reichardt, Ruben Östlund, George Miller, Park Chan-Wook, and Bay Luhrmann, will surely make this a Cannes Film Festival for the ages.

Which films are you looking forward to the most? Anything jump out at you that more mainstream audiences may not immediately recognize? Are you planning to attend the festival this year? Let us know in the comments section below or on our Twitter account.