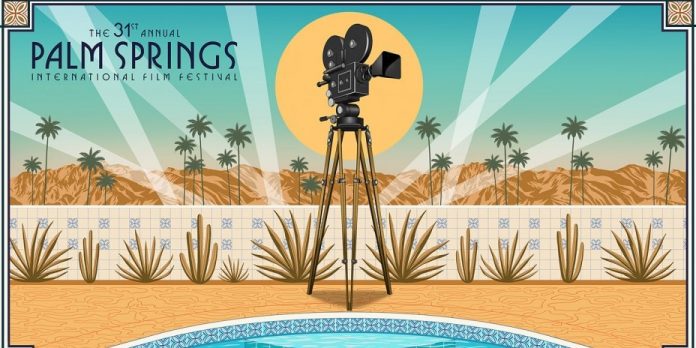 By Tom O’Brien
​
​A film festival? Scheduled right after New Year’s? Who would do such a crazy thing? Palm Springs, that’s who.

This past week, the 31st annual Palm Springs International Film Festival came to a close after offering screenings of 192 films from 81 countries in 12 days. Attendance figures from this year’s festival have yet to be released, but the 2018 Palm Springs fest drew over 135,000 attendees, making it the third most-attended film festival in North America.

Given its position on the film calendar, Palm Springs doesn’t have the same influence on the major Oscar categories as, let’s say, the Telluride, Toronto and New York festivals, which annually premiere many of the films that go on to contend for the marquee Oscar categories. As unfriendly as the calendar might be to Palm Springs in uncovering potential Best Picture winners, however, it does afford this event two opportunities that no other festival can provide.

The first (and most glitzy) are the stars who are honored every year at the Opening Night Awards Gala. The festival organizers obviously watch the developing Oscar race throughout the fall and invite likely nominees to walk the red carpet and accept awards from the film society with wonderfully vague names as the Spotlight Award, the Vanguard Award or the Sonny Bono Visionary trophy. Trade and entertainment press annually show up en masse – with Antonio Banderas, Charlize Theron and Jennifer Lopez there, how could they not? – so Palm Springs has become a crucial stop on the Oscar campaign trail.

Awardees also have an opportunity to perfect their speeches for the Golden Globes to be held a few days later, but, perhaps most importantly, they get a chance to be photographed holding an award and being perceived as a winner already, just as Oscar voting is beginning.

The festival’s real Oscar race significance doesn’t begin until the next day, however, when screenings begin. Palm Springs is the only major film festival to take place after the Oscar shortlists are revealed, and since its inception, the festival’s central focus has been on foreign-language films. In recent years, the festival’s programmers, who may be clairvoyant, have booked every Oscar short-listed International Feature film before the shortlist was even announced.

While many films shown have been widely seen at festivals previously, there were five in particular that were new to me and among the festival’s highlights…

An Almost Ordinary Summer
The festival’s Opening Night film by Simone Godano is a crowd-pleasing family comedy, very much in the “La Cage aux Folles” vein. An upper-class family living in a seaside Italian villa has rented out their guesthouse to a working-class family. What the families don’t know is that the upper-class patriarch Tony (Fabrizio Bentivoglio) and Carlo (Alessandro Gassman), the father of the working-class family, plan to marry. But it’s unlike “La Cage” in one important respect: Yes, Tony is close to that film’s Renato, but Carlo is much closer to Antonio Banderas in “Pain and Glory,” and that mix definitely switches up the tone. If Hollywood was still remaking European comedies, this one would be at the top of their list.

Corpus Christi
Inspired by a real-life phenomenon of laymen posing as fake priests in Poland, director Jan Komasa follows 20-year-old Daniel (Bartosz Bielenia), who is serving time for second-degree murder at a juvenile detention center. While on a work-release program, he’s mistaken for the new priest in a small town and decides to give it a shot. His unconventional approach to faith enchants the locals and helps to reignite the Catholic faith to those parishioners who had fallen away. Palm Springs festival-goers who gave “Corpus Christi” an enthusiastic response were likely not surprised when the film became one of the final five Oscar nominees for Best International Feature.

And Then We Danced
Though this Swedish entry didn’t make the Oscar shortlist, this is the powerful story of Merab (Levan Gelbakhiani), a dance trainee at the National Georgian Ensemble, who is criticized by his teachers for bringing too much “femininity” to the ruggedly-masculine world of Georgian dance. New pupil Irakli (Bachi Valishvili) is quickly used as an example of real Georgian dancing, but instead of seeing Irakli as his rival, Merab finally gives in to his sexuality and falls in love with him. The film made world-wide headlines when several hundred members of the ultra-national group Georgian March tried to storm the theater at the Georgian premiere alleging that the film “promoted sodomy.” There was no storming of the theater at the Palm Springs premiere, however. There was only admiration.

Those Who Remained
Another tough ticket at the festival that made the Oscar shortlist, but not the final five, is director Barnabás Tóth’s Hungarian film, “Those Who Remained.” Still, it casts a spell as it takes on the issue of guilt among survivors of the Nazi concentration camps. Tóth wisely narrows his focus to two characters: Aladár (Károly Hajduk), a 42-year-old gynecologist who lost his wife and children in the camps, and Klára (Abigél Szőke), who is in denial that both her parents were killed there as well. They find their way into each other’s lives, as one fulfills a need for the other. In a lean 88 minutes, Tóth beautifully captures a moment in time for these two characters.

But not all festival films are from foreign countries. There are American films, too.

Standing Up, Falling Down
Producer Matt Ratner’s directorial debut is a small but charming film about the possibilities of second chances, no matter your age. Tail between his legs, failed stand-up comic Scott (Ben Schwartz) is forced to come back to Long Island and move in with his parents (Kevin Dunn and Debra Monk). Despondent over his failure, he meets alcoholic dermatologist Marty (Billy Crystal), and they commiserate over the tough hand that life has dealt to each of them. Yet their friendship gives both Scott and Marty a glimmer of hope that someday soon things might just turn around for them. “Standing Up, Falling Down” is a slight film, but it gives Crystal the material to deliver his best performance in decades.

Palm Springs is one of those film festivals where the art of film is celebrated both by its programmers and its large audience, no matter whether it’s American or international films. It also keeps one eye on the Oscars, which is why I love this festival.

​I’ve got one Oscar prediction tip for next year: If you want to know what ten films are going to be short-listed for the Best International Feature Oscar, just take a look at the Palm Springs Film Festival line-up. I guarantee you, all ten will be there.