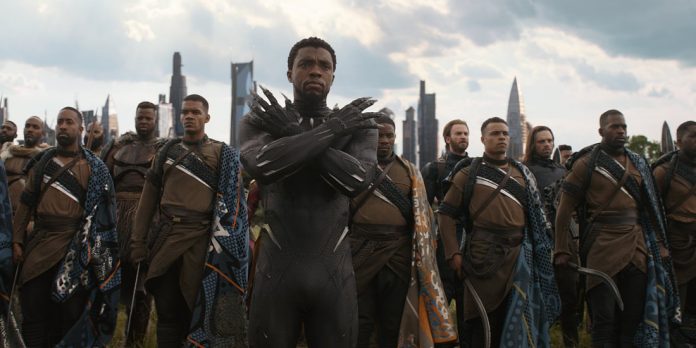 It’s obvious that superhero films dominated a good portion of 2018. However, this year felt much different than the past several. Marvel has been dominating the circuit with DC quietly looming in the background. Whether it be live-action or animated, superhero films have been at their peak for the past decade. But it all seemed to culminate in 2018 with not only the box office smash hit but critical and award darling, “Black Panther,” to the climax of everything Marvel has been working towards the past ten years with “Avengers: Infinity War,” to the groundbreaking “Spider-Man: Into The Spider-Verse,” there has been a little bit for everyone this year when it came to superhero films. So we here at Next Best Picture decided to narrow down an expansive list of greatness to the ten boldest, baddest, strongest and most powerful superhero films of the year.

So without further ado, here are the ten best superhero films of 2018! 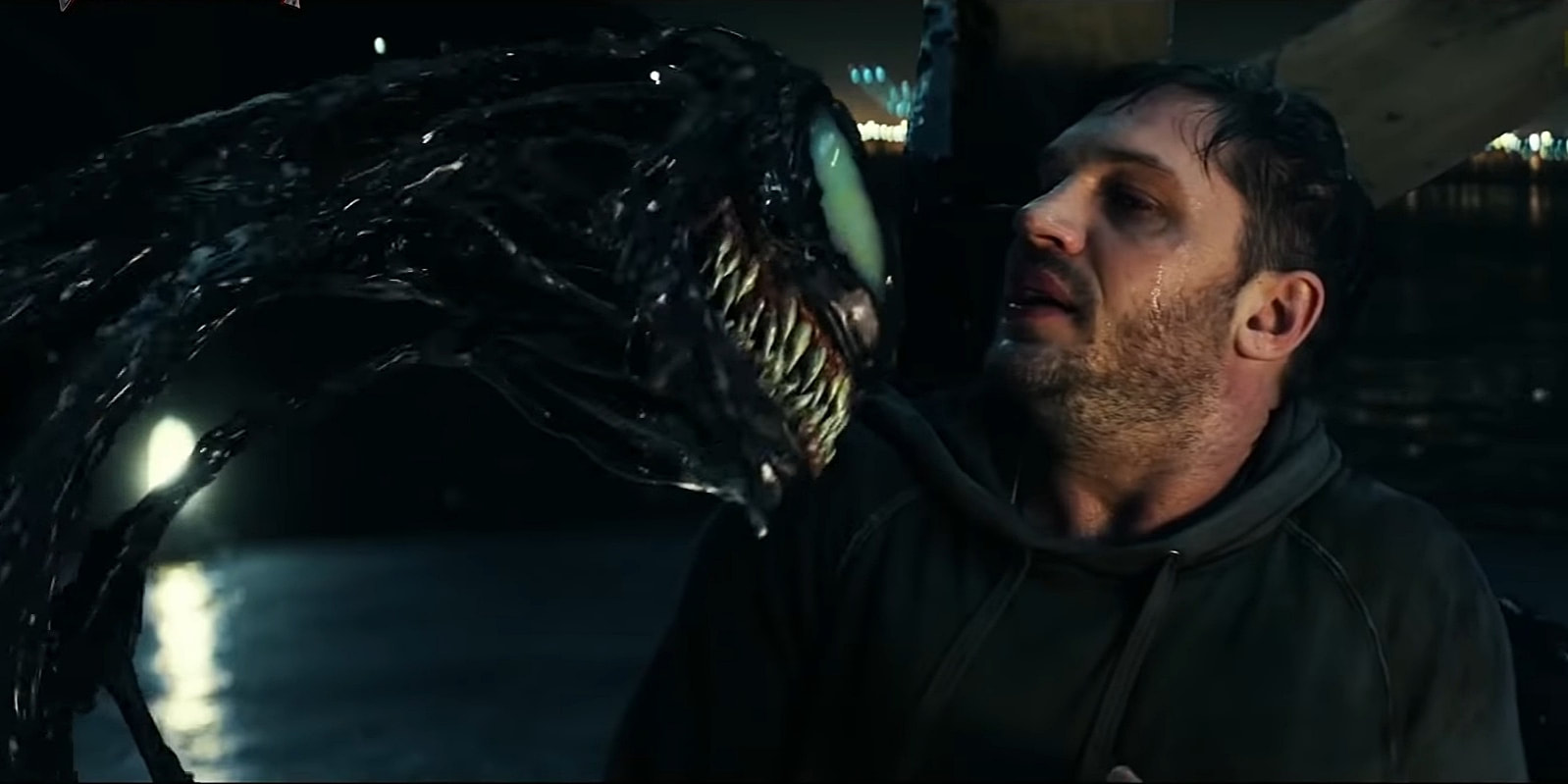 While ‘Venom” crash landed at the box office to poor critical reception and an overall underwhelming vibe, it has seen sort of a resurrection in the last few months of the year. The film is definitely not the best and has plenty of holes but boy is it a joy to watch. The sheer commitment from Tom Hardy with his goofy “Jim Carrey-esque” styled performance is something that we not only don’t typically see from the Academy Award-nominated actor, but also within the superhero genre. While there are films that lean more towards comedy like “Guardians of the Galaxy” or “Deadpool,” none of them seemed to land in the realm of off the wall insanity as “Venom” did. It was definitely a disappointment for those of us expecting a hyper-serious, dark villain film, but a huge surprise to those of us wanting nothing but a good time. 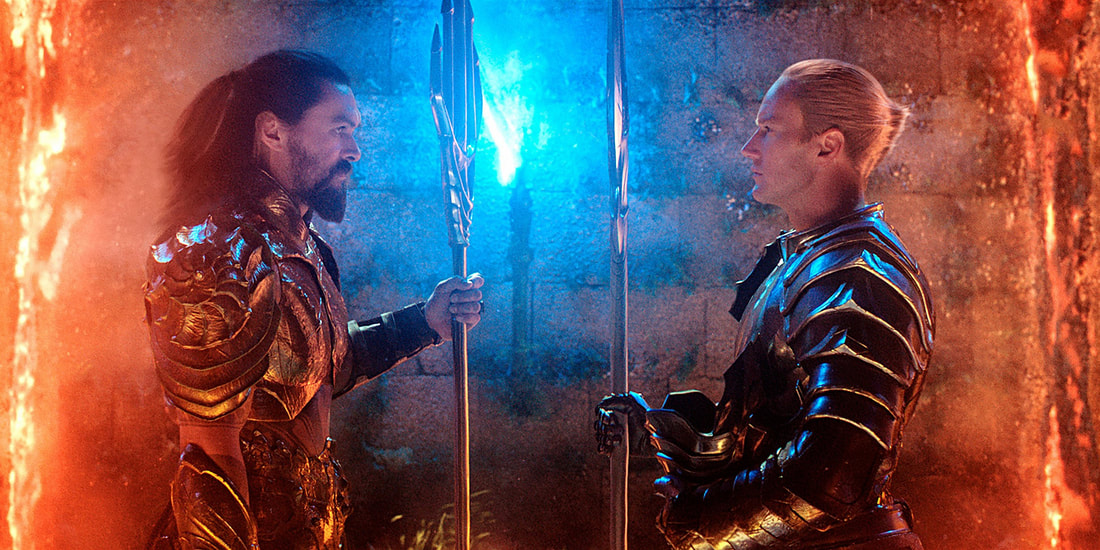 At first, it seemed like DC was going to be at the bottom of the superhero totem pole yet again with their December release of “Aquaman.” But it turns out a lot of us were wrong in that arena. “Aquaman” definitely has some issues, particularly with its dialogue, but the film does tend to focus much more on the goal of making sure the audience will enjoy the film and not get bogged down by a serious and dour tone that has plagued other DC offerings. Receiving mild critical praise and a decent earning at the box office, “Aquaman” clearly has made quite a splash. While not as great as last year’s “Wonder Woman,” with a gorgeous underwater visual style and some truly exciting action sequences, it seems DC is taking some steps in the right direction, just not all of the necessary ones. 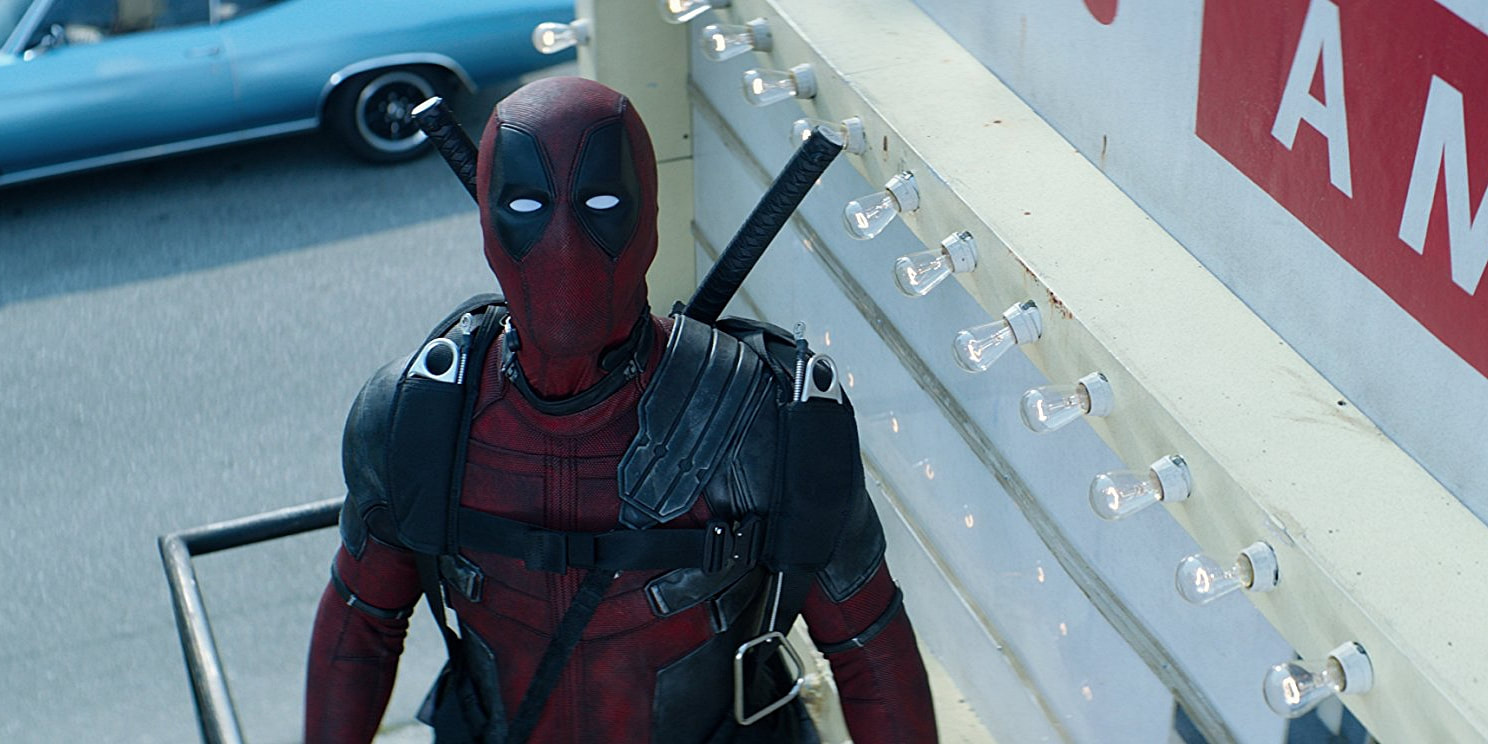 The loudmouth, vulgar, violent, and devilishly handsome Wade Wilson got the sequel he was so ever looking forward to, maybe. “Deadpool 2” follows in the footsteps of the first installment for its insanely self-aware approach to the genre and landed with a bang. Nailing the comedic aspect that the character is known for and incorporating that comedy into the action sequences was a clever approach in the first film but here, there is an unexpected amount of emotion which makes itself known in the film’s first scene and flows through until the hilarious end credits. Although it suffers from some pacing issues and not all of the jokes landed as well as they could, “Deadpool 2” was a worthy enough sequel for the Merc with a mouth. 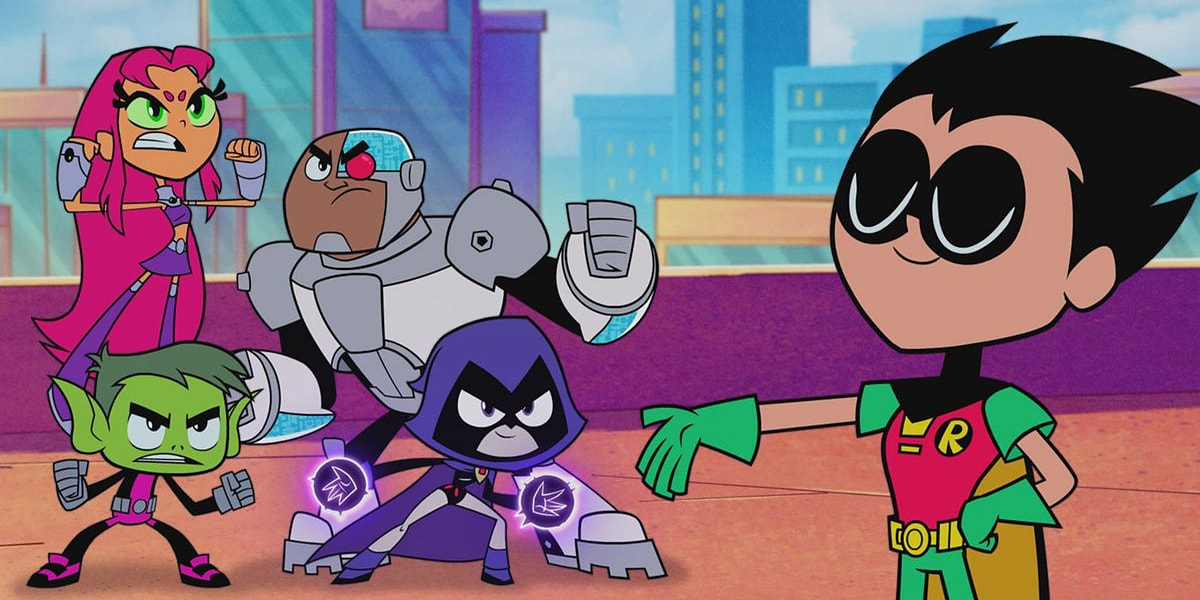 What I think was a surprise for just about everyone, “Teen Titans Go! To The Movies” was a lighthearted, comedic experience that gave us all a good chuckle. Eerily as self-aware as “Deadpool” but without the sex, violence, and vulgarity, “Teen Titans Go! To The Movies” was not only smart but insanely well crafted. The animation was so crisp and smooth, it felt like watching a real comic book come to life. Solid humor, a decent story, and some pleasing visuals, this film came as a surprise to us all. 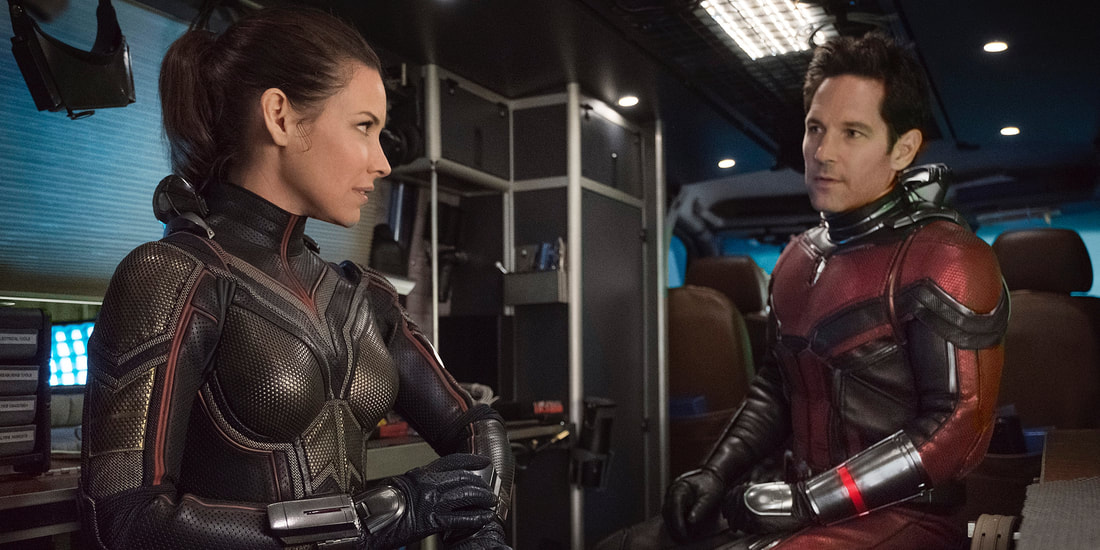 The third installment of the MCU for 2018 does not crack our top five but still deserves to be mentioned in the overall list. Continuing with the comedic approach that worked so well in the first film and adding a few additional layers with new characters, new superpowers, but still with the same old small packing “Ant-Man And The Wasp” was a nice breather after the incredibly heavy-handed “Avengers: Infinity War.” The chemistry between the ensemble, the de-aging effects being shown off, the fun and exciting fight sequences, Marvel just could not seem to lose in 2018.

​5. The Death Of Superman 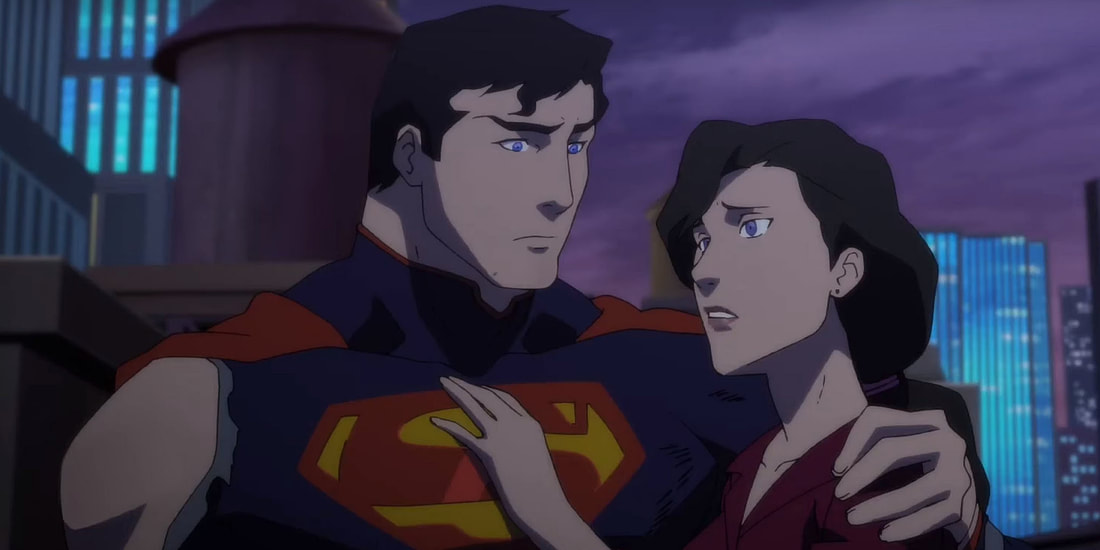 An arena that DC seems to always do incredibly well in is within the medium of animation. For some reason, DC can pull together all of the strength with the writing, directing, and performances with their animated feature films. Films like “Batman: The Killing Joke,” “Justice League Dark,” and “Superman/Batman: Apocalypse,” DC continuously crushes it within this arena. One of their latest installments, “The Death Of Superman” is a near masterpiece. With amazing voice-over performances, an emotionally heart-wrenching story and truly exciting action set pieces, “The Death Of Superman” lets us see a side of these familiar heroes we do not typically get to see and that is something that is endlessly exciting. 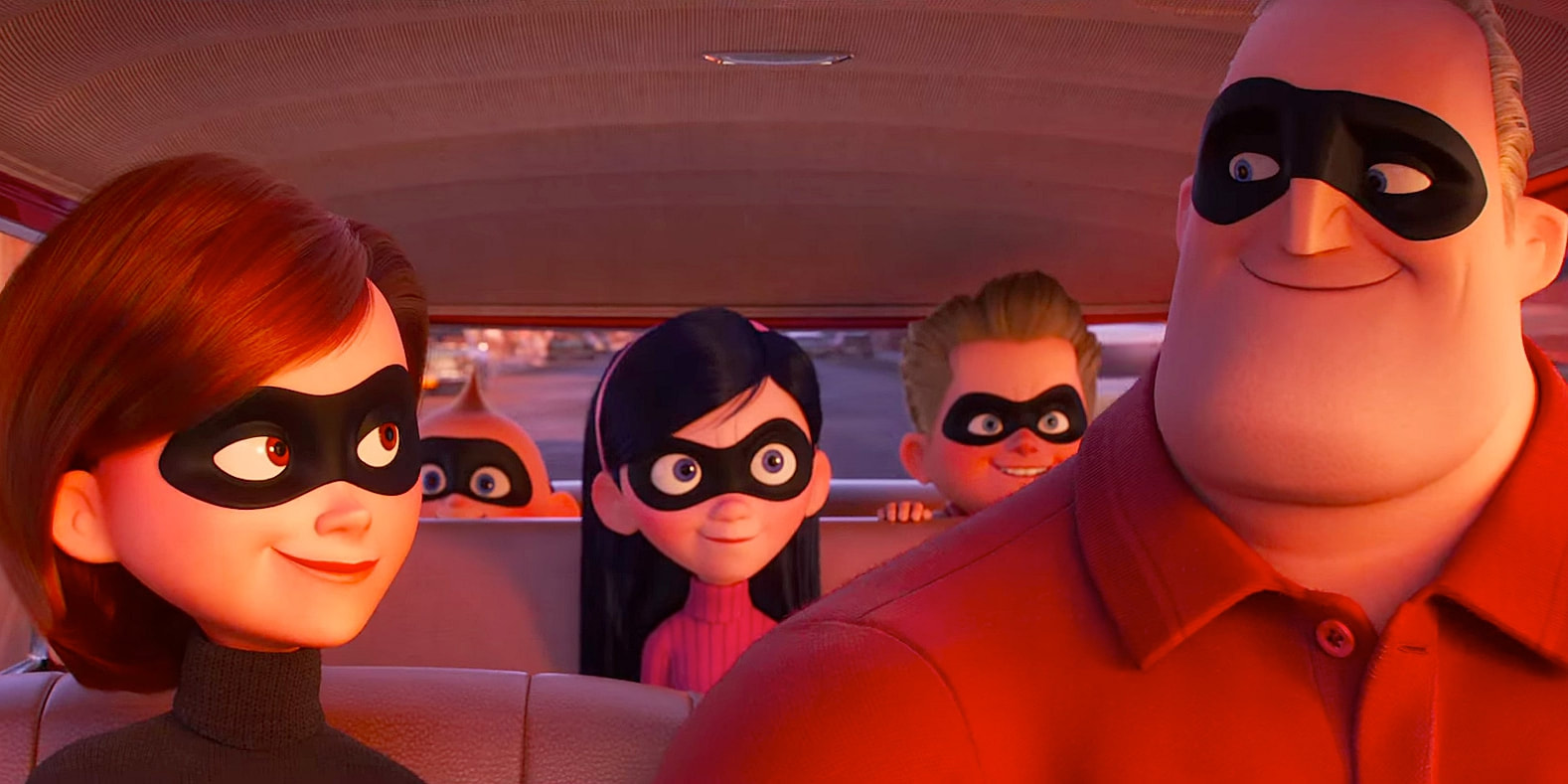 Brad Bird once said after making “The Incredibles” that he wouldn’t make a sequel unless he found a story that was either as good or better than the first film. Well, he certainly found a story that was as good and executed it near perfectly. Bringing back the characters that we fell in love with many years ago and forcing them into more modern day problems allowed for a much deeper reflection into their personas. But “Incredibles 2” is much more than just an intriguing family drama, it is a superhero film that is filled to the brim with emotion and exciting action. Plus, it features a sequence that we would typically see in a horror film which gives it a couple extra boosts in terms of creativity and innovation. 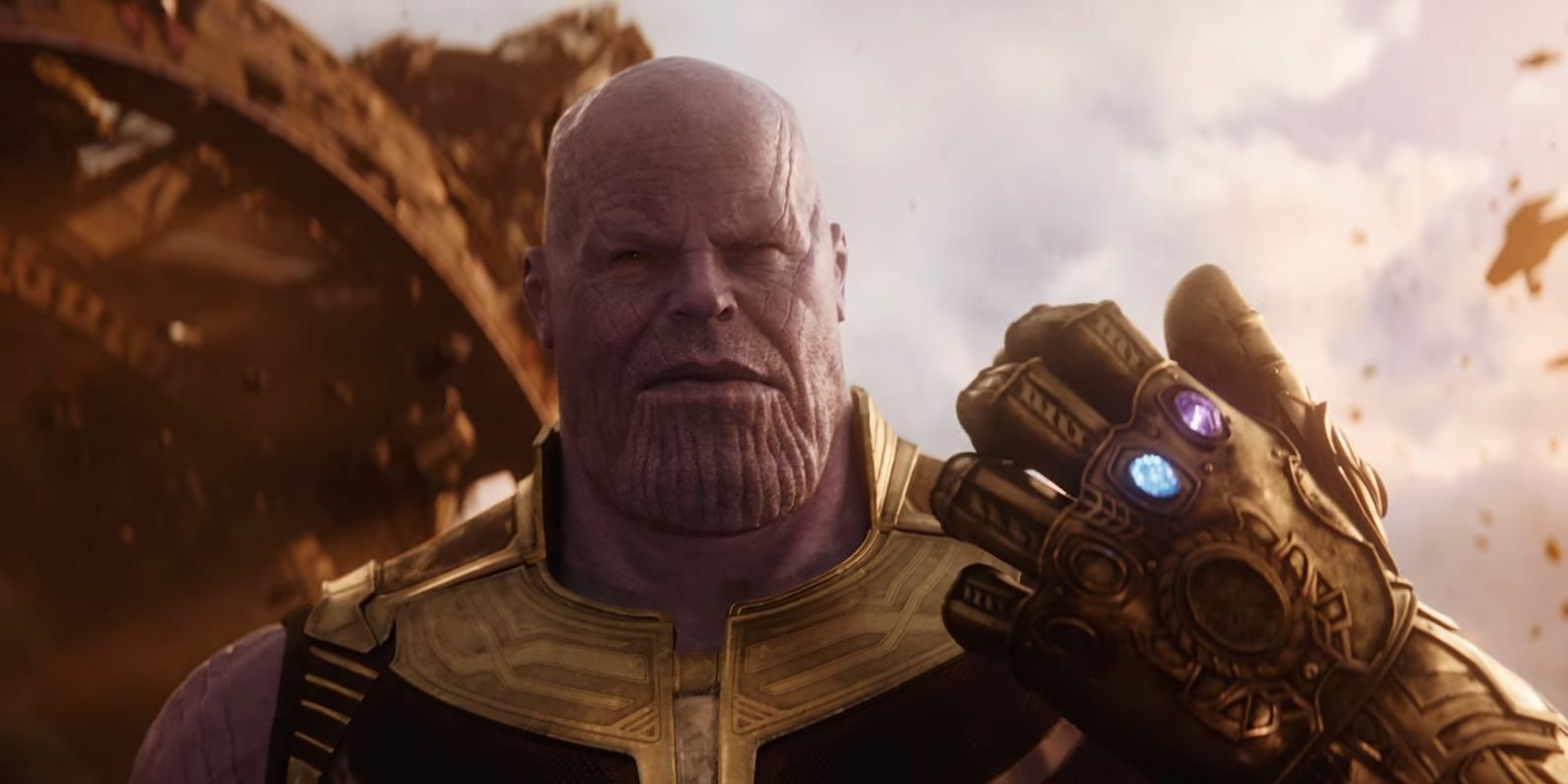 Ten years ago, the Marvel Cinematic Universe began with “Iron Man” and in 2018, everything that Kevin Feige had built up to this point had now finally culminated in the MCU’s biggest piece of filmmaking to date with “Avengers: Infinity War.” Combining all of the heroes that they have introduced over the past decade and forcing them to come together to defeat the evilest of any villain that any of them have ever faced, alone or as a team, “Avengers: Infinity War” truly felt special from the opening frame to its breathtaking last. With some of the most stunning cinematography in a Marvel film to date, a truly remarkable motion-capture performance from Josh Brolin as the mad titan Thanos, “Avengers: Infinity War” is towering in its scale but somehow the Russo brothers managed to balance every single character and story point and not lose their audience. Bring on “Avengers: Endgame.”

2. Spider-Man: Into The Spider-Verse 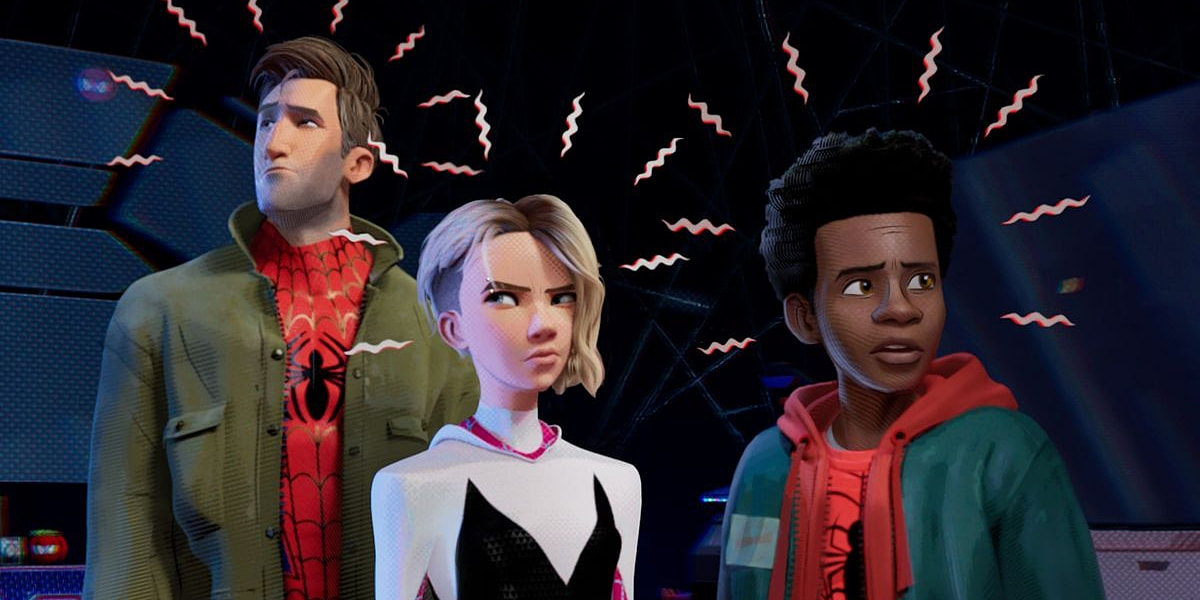 “Spider-Man: Into The Spider-Verse” is a film that generated a copious amount of hype from critics upon early screenings and absolutely delivered on that hype. With a delicate balance of so many different characters and their personas, the flawless animation style that was so fluid in both the emotional scenes and action scenes, “Spider-Man: Into The Spider-Verse” gave us so many different aspects of the superhero genre, we not only got to see so many iterations of a beloved character, but we got to watch all of them interact with one another and feel that special dichotomy. After the passing of Stan Lee this year, “Spider-Man: Into The Spider-Verse,” served as a fitting tribute to his legacy encouraging us all that “anyone can be a hero,” by pushing the boundaries of storytelling and opening a door for the superhero genre to continue pushing forward with change into the future. 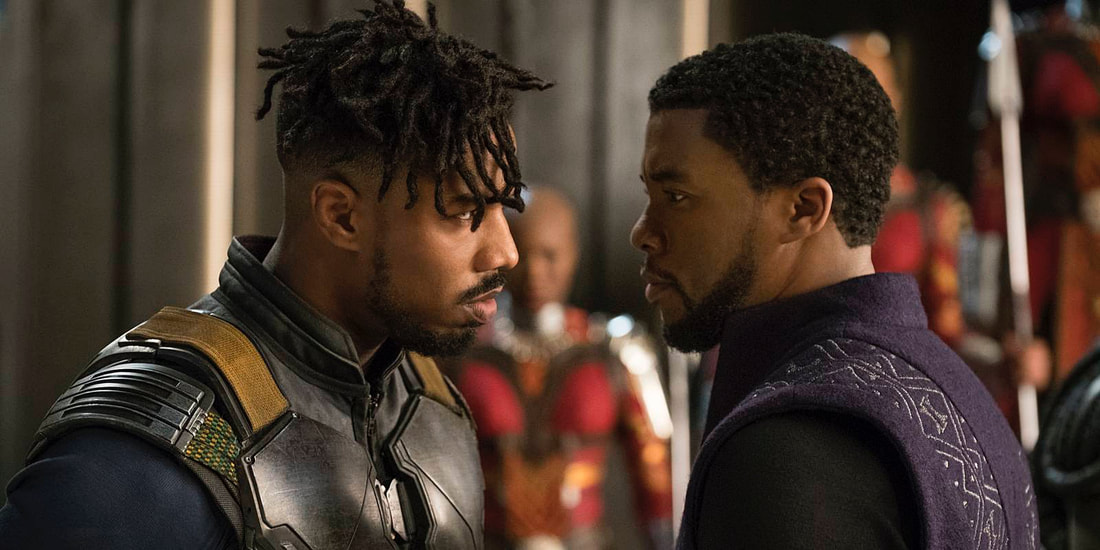 While there are many many great superhero films that were made this year, one reigns as king over all of them and that is Ryan Coogler’s “Black Panther.” A film that is perfect in just about every single way, Ryan Coogler was able to bring his own style and perspective to the superhero genre (and to the MCU) and give us something that felt familiar yet totally original. The production and costume design is elegant and exquisite, the score is thundering and bone-chilling, the ensemble is cohesive and varied. Michael B. Jordan’s performance as Erik Killmonger is ruthless and heartfelt, providing us with an antagonist with so many layers that we almost come around to his side. The film amassed an insane amount of critical praise and scored loads of money at the box office, becoming the highest grossing domestic release of 2018 to the tune of $700 million. “Black Panther” is Marvel putting all of its greatest pieces together and letting a talented director like Coogler take the reigns and make a film that is all his own. From its February release, to its now ongoing awards run, no other film dominated 2018’s conversation on the cinematic landscape more than “Black Panther.”