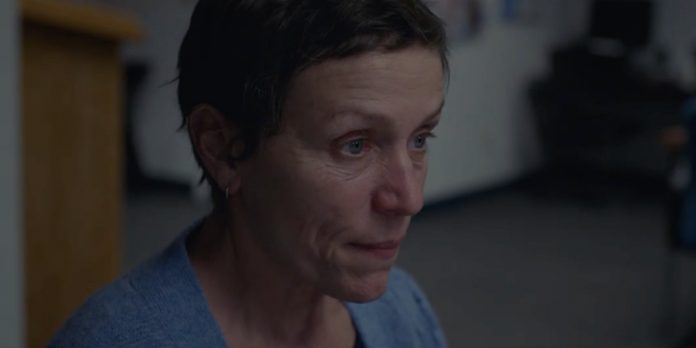 ​It’s the beginning of December. Soon the precursors for what has been the most bizarre year of most of our lives will start to chime in with their picks for the best of 2020 (see our Awards Calendar here). As the Oscar race takes shape and more contenders reveal themselves to the general public through limited releases and streaming, we still find ourselves in “wait and see” mode. Nobody knows what will happen, and we still have Sundance to look forward to next month as a potential disruptor in our Oscar predictions.

Since this is the second time we’ve gathered the whole team’s Oscar predictions in one place, we have included indicators to compare the rankings to last time. If you want to see our predictions broken down individually, category by category, click here. Let’s take a look at where things stand…

“The Trial Of The Chicago 7” maintains its stronghold on the Best Picture race as the “agreeable,” “middle of the road film” which most Academy voters will watch and be perfectly fine with selecting as a Best Picture winner. “NOT IF THE INTERNET HAS ANYTHING TO SAY ABOUT IT” shouts #FilmTwitter, as “Nomadland” begins its rise, overtaking “Mank,” and cementing itself as the internet darling of the season (it will most likely win the majority of critics awards this season). “News Of The World” dropped all the way to the bottom and is barely holding on after reviews came out to reveal that it too, is a perfectly fine movie in every regard but it may lack the passion needed to get those coveted number 1 votes from Academy voters. The still unseen “Judas And The Black Messiah” finally enters the top 10 after looking like it may not make the eligibility window this year. However, Warner Bros.’ recent announcement that their entire 2021 slate is heading to HBO Max means the Lakeith Stanfield and Daniel Kaluuya starring film may just be making a big splash at the last minute before the February 28th cutoff date.

Dropped Out: Paul Greengrass – News Of The World

As mentioned before, “News Of The World” received strong reviews but nothing that got people too excited over seeing Paul Greengrass in a director lineup. He has now dropped out and taking his place is Darius Marder with his directorial debut “Sound Of Metal.” As more people see Marder’s debut film, the more people are falling in love with it. Keep an eye out for him as the season progresses. Regina King and Lee Issac Chung swapped places this week as more of the NBP Team got the chance to see “Minari.” While everyone is unanimous in their love for the film, their passions are being directed more towards Chung’s screenplay than his direction. We’ll see if he can hold on as the season moves on.

Not much has still changed here other than Amy Adams overtaking Michelle Pfeiffer to enter into the top 5. While the critical reception to “Hillbilly Elegy” has been abysmal, the reactions from voters and the general public have been a lot stronger. Considering how many people will be watching the movie for Glenn Close and Amy Adams alone, with the might of Netflix behind it, Amy Adams (no matter what you may personally think) is still in this race. The ranking between two other Netflix contenders, Viola Davis and Vanessa Kirby, remains within inches of each other and we hope to see some development there as both “Ma Rainey’s Black Bottom” and “Pieces Of A Woman” continue to screen. However, one has to ask, how much did Shia La Beouf’s recent PR nightmare hurt his film’s chances overall? That remains to be seen.

Despite slipping in predictions last time, Gary Oldman is still managing to stay within the Top 5. However, this week’s big change saw Delroy Lindo drop out of the Top 5 to make room for Kingsley Ben-Adir who skyrocketed from no. 8 all the way to no. 4. Buzz for “One Night In Miami…” is continuing to build and mostly everyone agrees that he’s the key takeaway performance from that film. Yeun and Hanks continue to fall in the rankings as more people see their films. While they both deliver strong work, neither are making as much of an impression as the names listed above them are. But really, this race is all about Anthony Hopkins and Chadwick Boseman and will probably remain so all throughout the season. And one final note: Even though he didn’t crack the top 10 yet, Mads Mikkelsen is coming in hot for his work in Best International Feature Film frontrunner “Another Round.” Will he crack the top 10 in 2 weeks? I personally think so.

Same 10 contenders as last time. Not much movement here other than Jodie Foster leapfrogging over Natasha Lyonne and Maria Bakalova. This race remains very flexible with a number of surprises that can still occur. The precursors will hopefully help to clear some question marks up for us.

Compared to Best Supporting Actress, Best Supporting Actor saw a tremendous amount of change since the last time we were here. More people at Next Best Picture are becoming confident in Daniel Kaluuya’s chances for “Judas And The Black Messiah” after category placements were confirmed and an HBO Max release before the February cutoff becomes more probable. A combination of “Borat Subsequent Moviefilm” and being in the Best Picture frontrunner has pushed Sacha Baron Cohen to no. 1 for now but this race is all over the place and will likely see more changes in the future. Also Paul Raci and Robin de Jesus have entered the top 10 for “Sound of Metal” and “The Boys in the Band” respectively. One for his recent win at the Boston Society of Film Critics and the other one on sheer goodwill from the Next Best Picture team. There’s still time to see what the other critics groups will do to help clarify this category but its possibilities are endless.

As more people “Promising Young Woman,” more are catching on to what I and many others have known since its premiere at Sundance nearly a year ago: it’s one of the best films of the year. It recently swapped places with “Minari” but the Top 5 have remained unchanged overall. “Judas and the Black Messiah” continues to build momentum up to its eventually release (When Warner Bros.?! When?!) and may just crack the Top 5 if a Best picture nomination looks likely. “The Trial Of The Chicago 7” still maintains its status as the category’s frontrunner until the precursors push a strong no. 2 alternative against it.

We have the exact same 10 in the exact same positions as last time. “One Night In Miami…” continues to lead this race but “Nomadland” and “The Father” are dueling it out to see which one of them will overtake Kemp Powers’ masterful stage to screen adaptation. This could very well end up becoming a three-horse race if all three screenplays manage to get corresponding Best Picture nominations. More to come as the precursors continue to (hopefully) enlighten us on where the consensus is between these three magnificent films.

As with many years, this category looks to be leaning towards Pixar. In fact, all but one of our predictors has “Soul” in the first place slot of their predictions. “Wolfwalkers” is making a strong case for second place at this time. Cartoon Saloon, the studio behind it, has scored a Best Animated Feature nomination for all three of their previous films: “The Secret of Kells,” “Song of the Sea,” and “The Breadwinner.” It would be somewhat surprising if “Wolfwalkers” broke their three-for-three streak. But can they finally secure a win this year?

As is often the case, Best Documentary Feature is full of politically-themed potential nominees. However, they may be frequently nominated, but political documentaries haven’t always won the Oscar in recent history. In the past decade, the Academy seems to favor personal, humanity-driven stories, like “Free Solo,” “Amy,” and “Searching for Sugar Man.” This trend would seem to prefer “Dick Johnson is Dead.” However, in such a tumultuous year punctuated by a turbulent election, voters may feel the need to send a message by choosing a film that aligns with their political interests. This would give an edge to “The Dissident,” “Totally Under Control,” and “All In: The Fight for Democracy.” All of these films are, in a way, a rebuke of the political status quo in America, which we just voted against.

Since it’s still so early in the Oscar race, it’s hard to predict Best International Feature as it hasn’t been entirely solidifying which films certain countries will be submitting for consideration. However, at this time, the team has a clear favorite in “Another Round” with “Quo Vadis, Aida?” not far behind. “Another Round” is a collaboration between director Thomas Vinterberg and actor Mads Mikkelsen. They previously teamed up for “The Hunt,” which was nominated in this category. Can they repeat this past success?

All of our predictions can be seen broken down category by category here, along with the craft categories. With the start of Boston the other day and other critics groups announcing this week (and beyond) we expect to see a lot of shits in momentum and perception as the Oscar race continues to take shape. With the recent announcement of the 2021 Sundance Film Festival lineup, there might even be a late breaking contender that we do not see coming.

Let us know your predictions and where you see the race as of today. You can either drop us a comment in the comments section below or message us on our Twitter account.