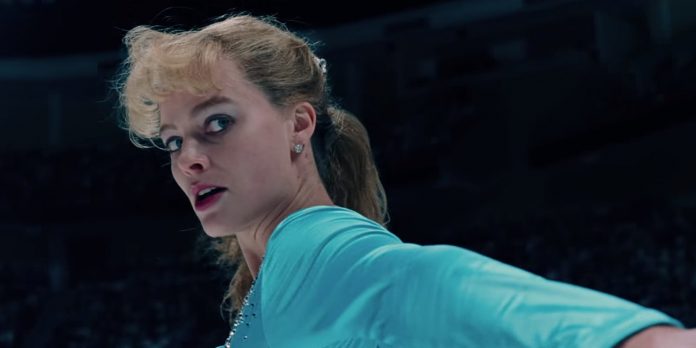 From year to year, the amount of competitive performances in the Best Actor and Best Actress races vary, as well as the quality of the performances competing. In some years, the strength of a category can be undeniable and thereby overshadow the gender equivalent acting category. ​

​For instance, Lead Actor, as a complete unit, in 2012 is vastly superior to Lead Actress in 2012. There were five actors whose performances were each as towering and striking as the next, and you cannot fault anyone for having a differing opinion as to whom they would choose as the winner. Compare Daniel Day-Lewis, Hugh Jackman, Bradley Cooper, Joaquin Phoenix, and Denzel Washington in 2012 to Jennifer Lawrence, Jessica Chastain, Naomi Watts, Emmanuelle Riva, and Quvenzhané Wallis. Three of the nominees in the Oscar lineup for Best Actress arguably had the screen time and narrative structures of supporting roles, one was a child actor, and the other actress gave an understated performance while playing a paper-thin character.

However, then there are years like 2013, where both Lead Actor and Lead Actress are overflowing with top industry actors and actresses giving critically praised, well-rounded, and varied performances in big-player movies, resulting in the occurrence of hard-to-swallow snubs (I’m talking about Emma Thompson in “Saving Mr. Banks” and Tom Hanks in “Captain Phillips”).

More times than not, the results of having strong or weak years in either the Best Actor or Best Actress categories relates to the types of roles that are written, produced, and released for men and women that year. It’s often a reflection of the Hollywood system, which is inherently sexist. Women have fewer meaty roles, with less screen time, that lack variety in character types, and appear in fewer big-budgeted, studio-produced projects where they are headlining a movie without a prominent male co-star. Unless, of course, Jennifer Lawrence or Meryl Streep are involved. Even Kate Winslet and Nicole Kidman, two of the greatest actresses of our time, have struggled with this systemic cultural problem.

There’s also a patriarchal lack of respect for female actors that’s mired within the Academy. It’s evident when they reward historical, important male roles like Abraham Lincoln with an Oscar, while ignoring female equivalent roles like Jackie Kennedy for younger, lighter, and prettier characters like Mia in “La La Land.”

The majority of the time, Lead Actor appears stronger than Lead Actress because of the reasons I list above. The current award season is functioning differently, though. Lead Actress has so many candidates to fill the five slots, you could interchange them and have dozens of combinations for the category’s selections. Not only are there a plethora of performances that could fill the five positions, but the quality of these performances are out-of-this-world, almost unprecedentedly strong. Whereas, in Lead Actor, it’s so barren that it’s difficult to come up with five contenders that feel worthy of having complete characters, brought to life by quality acting, and are featured in well-received, Academy-friendly films to occupy one of the category’s slots.

The actors and actresses above reflect realistic options, who have either the performance quality, Oscar-bait role, film acclaim, or industry respect to be in awards consideration this year.

It’s an unusually heavy year for Best Actress. Obviously, the list the Lead Actress has an abundance of possibilities. Unless there’s some strange twist of fate, McDormand, Robbie, Hawkins, and Streep are likely safe for upcoming Oscar nominations. So, the sad truth is, the work of those other 15 other actresses will largely go unrecognized.

The majority of the women listed above are the main protagonists of their films, the headlining stars, not love interests, wives, girlfriends, or sidekicks. The films are telling the stories of deeper, whole female characters who aren’t defined by male characters. Best of all, most of these films are some of the biggest Best Picture contenders this year, improving upon the typical makeup of Best Picture contenders being mostly films with heterosexual, white, male characters telling stories that subscribe and reinforce patriarchy. It’s so much progress so quickly that it’s almost radical.

Counter to the momentum and life in the Best Actress race is the stagnation of the Best Actor race, where voters will likely be scraping by in order to come up with five nominees. Perhaps part of the problem is Oldman’s turn as Winston Churchill in “Darkest Hour.” Given the Oscar bait inherent to the role and the actor’s long career producing esteemed work, Oldman is the default frontrunner and the lack of competition makes the race uninteresting. There is a sense about this race that a no-brainer victor is already locked and loaded, similar to the way Anne Hathaway’s “Les Miserables” performance was predicted a mile away for the Best Supporting Actress trophy in 2012. From there, there’s an obligatory spot for Day-Lewis and reserved filler slots for Chalament and Hanks in Best Picture contending films (That is if the Academy is willing to nominate Hanks again, who has been the victim of some big snubs over the past 15 years).

After that, who’s left? Gyllenhaal, who has been snubbed for better work in recent years in a September-released film? Garfield or Washington, in films that received mixed reviews from critics? Or Jackman, in a largely mysterious original musical that may be a hard sell to the Academy? Not to mention, male leads are not typically nominated for musicals, too. Maybe Franco, in a movie the older cohort of the Academy will have little interest in watching, let alone enjoying? We should be skeptical of all these options. There are red flags everywhere with these choices.

2017 is unfolding to be one of those years with an uneven distribution of riches between Lead Actor and Lead Actress races. The only difference is, this year, the amount of women in contention for Lead Actress is undermining the systematic pattern of the category generally being less fertile than that of Lead Actor. In fact, the lack of options in the Lead Actor category this year may result in the weakest year for the category this decade.