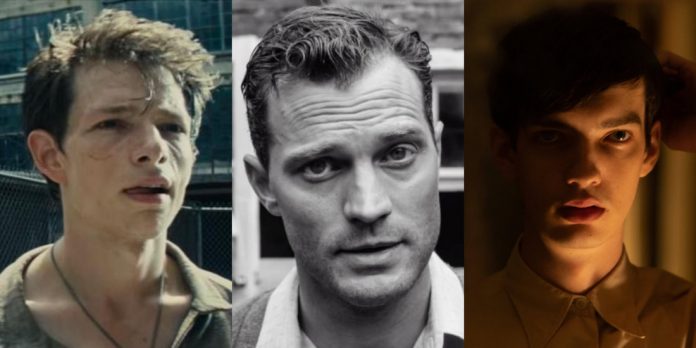 With dozens of critics’ groups’ awards already announced, the SAG nominees unveiled, and the Golden Globe Awards unceremoniously tweeted out, many of this year’s awards races are becoming clearer. We see obvious frontrunners emerging in many categories like Ariana DeBose, who is poised for a sweep in Best Supporting Actress for “West Side Story,” and “Drive My Car,” which is easily scooping up Best International Feature prizes. Yet, with just under a month until Oscar nominations are announced, several categories are still tough to predict, including Best Picture!

Let’s take a quick dive into the most challenging above-the-line races to predict right now.

BEST ACTRESS
We love a good Best Actress race. Last fall, it seemed as though Kristen Stewart was headed for guaranteed Oscar gold for her turn as Princess Diana in Pablo Larrain’s “Spencer.” Now, after a shocking snub from the Screen Actors Guild, the win is all but out of reach for Stewart, and a nomination could even be in doubt. The overall reception for “Spencer” from audiences was more tepid than expected, and buzz has faded all too quickly, trickling upward and affecting Stewart in the process. She’s certainly done well in the critics’ prizes, leading the way with 22 individual precursor wins, but winning the Oscar for Best Actress without a SAG nomination has never happened before. I still think Stewart can score her first Oscar nomination, but it would be unwise to predict her to win at this point.

So who can make up ground in this race to snag the win? Though the Golden Globes carry a different weight this year, Nicole Kidman (“Being The Ricardos“) and Rachel Zegler’s (“West Side Story“) wins can’t fully be discounted. LA Film Critics and Venice Best Actress winner Penelope Cruz (“Parallel Mothers“) recently picked up another prestigious win from the National Society of Film Critics, while Stewart didn’t even place among the runners-up. And then there’s Jessica Chastain (“The Eyes Of Tammy Faye“), a vigorous campaigner and past nominee for “The Help” and “Zero Dark Thirty” who’s never won an Oscar before, and Olivia Colman (“The Lost Daughter“), a critical favorite but recent winner for her memorable performance in “The Favourite.”

Both Chastain and Kidman star in biopics which is catnip to Academy voters, but both of their films have received mixed-positive reviews. Tammy Faye is a controversial figure that many in the Academy will surely remember, but Lucille Ball is a beloved icon. “Being The Ricardos” is a more Academy-friendly film and likely higher on members’ radars than any of the other Best Actress films in contention. Kidman’s co-star Javier Bardem even received a somewhat surprising SAG nomination for his performance as Desi Arnaz. Chastain will surely put up a fight on the campaign trail, but Kidman is in an undeniably great position. Yes, she’s already got an Oscar on her shelf, but the Academy has proven in recent years they don’t mind doling out seconds. We’ve had actors win their second (or third) Oscars in each of the last four years. Unless SAG throws us a curveball winner, I see no reason to doubt Kidman will take home her second Academy Award, but I’ve also seen many pundits predicting different winners here. Critics Choice, SAG, and BAFTA should tell the whole story when everything is said and done.

BEST SUPPORTING ACTOR
No category has been as strange as Best Supporting Actor this year. It’s been almost the exact opposite of Best Actress last year. In 2020, you could make a case for any of the five Best Actress nominees to win because they were all so strong. This year in Best Supporting Actor, it’s tough to imagine any contenders as a shoo-in for the Oscar. Like Stewart, Kodi Smit-McPhee leads the way with 23 critics’ awards, including the Golden Globe, though many continue to doubt his place in the race as the frontrunner. This is partially due to his age and the subtlety of his performance. Smit-McPhee would be the second-youngest man to win an acting Oscar, only older than Timothy Hutton, who won at 20 years old. There are also those who feel Smit-McPhee’s interior performance cannot be fully appreciated unless if they watch “The Power Of The Dog” twice. How many voters are going to do this? Maybe it will not matter, and Smit-McPhee will continue to sweep the season, but there are still alternatives in the race if he doesn’t.

Troy Kotsur has been a favorite all season long and could pose a legitimate threat to Smit-McPhee. He snagged a surprise win at the Gotham Awards, and “CODA” has had a ton of goodwill since its premiere at last year’s Sundance, with many falling in love with Kotsur’s performance. Before the SAG nominations, perhaps veteran character actor Cíaran Hinds (“Belfast“) could’ve been in a position to win, but, like Stewart, missing the lineup there is detrimental to his campaign, plus he’s already lost the Golden Globe, so unless he wins Critics Choice and BAFTA, there might be too much ground to cover in giving him the ultimate victory. This race is genuinely down to Smit-McPhee and Kotsur.

Smit-McPhee’s frontrunner status could’ve remained in question without the Globe win, but in a two-person race, he now has a leg up on the competition. It also helps that he’s in a top-tier contender for Best Picture, and it’s his character that you’re left thinking about at the very end of the film. While I would love to see Kotsur pick up the surprise win, I’m sticking with Smit-McPhee until further notice. What do you think, though? Do you believe Smit-McPhee is unstoppable, or is there still a path for any of his competition?

BEST DIRECTOR
Will Jane Campion win the whole thing? It’s looking more and more likely every day. So why did I include this in a breakdown of the most challenging categories to predict? It’s really because of how difficult Best Picture is to predict right now. I’ll get to Best Picture in more detail next, but for now, Campion is in fine shape to become the third overall and second consecutive female to win Best Director for her work on “The Power Of The Dog.” With over 30 critics’ wins, including the Golden Globe last weekend, no other director is coming close to her. But again, the critics’ favorites don’t always repeat at the Oscars.

With three films primarily vying for Best Picture, “The Power Of The Dog,” “Belfast,” and “West Side Story,” the question in Best Director becomes: Which director most clearly falls in line with the pattern of recent Best Director winners? Over the last decade, nearly every winner has directed a film that’s a significant technical achievement in some fashion and/or had a solid narrative to propel them to a win. The only two winners in the last ten years that don’t follow this description are Chloe Zhao for “Nomadland” and Alfonso Cuaron for “Roma.” Jane Campion matches this description quite well. “The Power Of The Dog” isn’t necessarily a significant technical achievement, but she has a solid narrative to score her first win. And then there is Steven Spielberg, who is, well, Steven Spielberg. “West Side Story” is undoubtedly a technical achievement, and who wouldn’t want to see the beard win again? However, Kenneth Branagh doesn’t fit this mold, despite some confusingly referring to “Belfast” as Branagh’s “Roma.” Unless “Belfast” became an undeniable sweeper for Best Picture I, for one, have a tough time imagining Branagh winning Best Director over either Campion or Spielberg.

For the moment, I’m sticking with Campion, as should everyone else. The narrative, the momentum, and the buzz seems to be on her side much more than Spielberg or Branagh. However, we’ve seen critical darlings such as Richard Linklater (“Boyhood“) and David Fincher (“The Social Network“) sweep the Best Director category, winning Critics Choice, Golden Globe, and BAFTA, only to lose the DGA and go on to lose the Oscar. Don’t say anyone is a lock until we’ve heard from all of the precursors.

BEST PICTURE
Continuing the recurring theme here, “The Power Of The Dog” remains the critics’ pick thus far, with 20 total wins, including the Golden Globe for Motion Picture, Drama. “West Side Story” also picked up a Globe win for Motion Picture, Musical, or Comedy. “Belfast” hasn’t racked up as many wins as “The Power Of The Dog,” but most pundits agree that it’s a threat to win Best Picture as well, especially if it wins PGA or SAG. It’s a crowdpleaser with a great campaign from Focus Features so far. Many, including me, predicted it would win the Golden Globe, only to be surprised by “The Power Of The Dog,” which gave Netflix its first win in the category, a sign of more firsts to come for the streaming platform this season?

I can’t deny the strength that “Belfast” has shown this whole season in dominating predictions and winning the hearts of many, whether they’re sharing such sentiment on Film Twitter or not. Still, with the strength of Spielberg’s name alone, the crafts, and a potential sweeper in Best Supporting Actress for Ariana DeBose, I’m currently leaning toward “West Side Story” to take the PGA and shift the race in a new direction. This is a challenging three-way race, though, and each of these three films still has a real chance of winning. Do you think Academy members will go for “West Side Story” a second time? Has “Belfast” set itself up as an underdog who can rally from behind to win it all just as “Spotlight” did? Or is “The Power Of The Dog” going to deliver Netflix its first Best Picture win?

There is still lots of time left in this race, with Oscar nominations coming on February 8th. What did you think of the Golden Globe winners and SAG nominees? Which races are poised for a shakeup in the next phase of the awards season? What are you predicting to win Best Picture? Let us know in the comments section below or on our Twitter account and be sure to check out the NBP Team’s updated Oscar predictions here.

Share
Facebook
Twitter
Copy URL
Previous article
The Next Best Picture Podcast – Interviews With “In The Heights” Director Jon M. Chu & The Sound Designers
Next article
“PRAYERS FOR THE STOLEN”