Superheroes Who Should Get Their Own Horror Movie 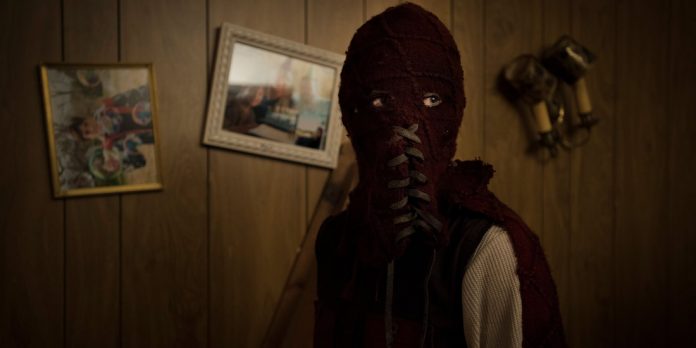 Superhero movies are clearly one of the biggest highlights of entertainment today. The entire world is enraptured by the superhero genre and it does not look like this will be slowing down anytime soon. While most of the superhero films we’ve seen so far have been rather cookie cutter, it feels like there is still something missing from the genre. I say this as a fan of a majority of the superhero films that get released today but it feels like since film studios have such a vice grip on the properties, there is little room for creative freedom. This doesn’t necessarily make these films bad. Plenty of us still adores them. They just leave us wanting more.

​With the recent release of “Brightburn,” we are getting a new look at possibly the oldest superhero story – Superman. However, there is a twist. It’s presented as a horror film. “What if Superman crash lands on Earth as a child, but instead of using his powers for good he uses them for evil?” This take has been told a few different ways in comic books and while the film may not have captured audiences imaginations or box office revenue it still begs the question, which superheroes would make a great subject for the horror genre? So, here are some superheroes that I would like to see get their own horror movie at some point.

Scott Derrickson’s “Doctor Strange” did have some pretty mystical elements involved and maybe a few sequences that could be considered horrific. But I think Doctor Strange is a character who could be taken to the absolute extremes of the mystical horror genre. Something seen in an H.P. Lovecraft type writing could come into play.

When we consider that Stephen Strange is a master of the mystic arts, he can travel anywhere and do anything, it would make sense that he would end up in places that some of us have never seen and it could contain terrifying things. It could easily become a type of cosmic horror film that would work really well. It wouldn’t focus on the psychedelic side of the horror but the cosmic terror side. It would create a phantasm or terrifying entity that none of us have ever seen before and Strange would have to face it. I could see that being something truly terrifying with a brilliant score to back it all up.

The Nicolas Cage “Ghost Rider” is one of the more terrible superhero movies that we have ever received. But the concept of the superhero is a rather great story and can offer up a couple of different horror movie scenarios. Since the “Ghost Rider” makes a deal with the devil, there could be a supernatural aspect to this part of the story. Then as the “Ghost Rider” begins to change and shed himself into a flaming skeleton, things could fully transition into a body horror type of movie.

It could be about how he has to shed his skin to reveal the skeleton and his bones are set on fire. We could get something that would play out similarly to “The Fly” or “The Thing” in regards to the makeup. “Ghost Rider” has the potential to be an odd combination of body and paranormal horror that play off of one another. You could even cast Nicolas Cage again if you wanted to and have him go into fully whacky Nicolas Cage-mode and I’m convinced it would be a sure-fire hit.

Ever since the scene in Joss Whedon’s “The Avengers” where Black Widow is hiding from The Hulk, I’ve wanted a Hulk horror movie. The way those shots are lit, the editing, the sound design, it would all fit so perfectly in a horror movie where we witness events through the eyes of those trying to avoid the big destructive green monster. It could also be a story where we realize that the Hulk, seemingly evil, isn’t as bad as he appears to be.

The way The Hulk would evolve into the green machine and just completely contort his body would fit perfectly within the monster movie genre. The first time he “hulks out” could play out rather terrifyingly like the transformation scene in “‘An American Werewolf in London.” Imagine the tearing and ripping of Bruce Banner’s skin as we watch him grow completely massive and terrorizes a city or town. Hulk is already seen. by many human characters as a threat to their existence, so why not take it a step further?

One of the inspirations for this week’s list, the Dark Phoenix storyline that involves the X-Men or more specifically Jean Gray is one of the best storylines in the entire “X-Men” Universe. It is full of drama and tension between the team because it tears one of their core members away from them. It’s a great look at how a team works together, even when they’re not fully whole and it provides wonderful characterization for Jean Gray and her relationships with the other X-Men.

I suspect Simon Kinberg’s “Dark Phoenix” will employ certain aspects of the horror genre. If this were a full-blown non-stop horror movie, I would think it would have to take the route of being a supernatural or possession type of horror story. It could even act somewhat similar to “The Exorcist” where it plays out that Jean becomes possessed. Then the rest of the movie could be about the team and their attempt to “exorcise” Jean. The Phoenix storyline is one that is ridiculously heartbreaking and has a lot of potential. Let’s see what Kinberg, the cast and crew have cooked up for us instead this week.

These are only some of the superheroes who should get their own horror movie. I think their stories and backgrounds would fit perfectly into some specific genres of horror but what do you think? Which superhero character would fit best into the horror genre? Have you seen “Brightburn” yet? What did you think? Are you seeing “Dark Phoenix” this weekend? Let us know in the comments section below or on our Twitter account.