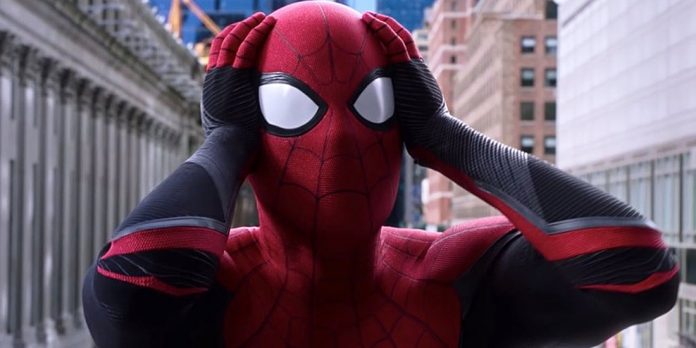 “Spider-Man: No Way Home” may or may not be the newest contender for the last Best Picture slot, depending on what columnist or pundit one reads. And depending on what side one usually takes about Marvel in general or the issue of whether or not the Oscars need nominated box office hits to stay relevant, this newfound topic will either sound credible or utterly ridiculous. In truth, there is one scenario where a “Spider-Man: No Way Home” Best Picture nomination doesn’t sound ridiculous at all. However, there is also another where it is indeed total and complete nonsense after all. But we will probably never know which scenario is correct because we are not Oscar voters – and therefore, we don’t know what is actually on the Best Picture bubble right now.

Right now, the easy assumption is that “Belfast,” “The Power of the Dog,” “West Side Story,” “Licorice Pizza,” “King Richard,” and “Dune” have six of the category’s ten spots locked in, while “CODA,” “Don’t Look Up” and “Tick, Tick…Boom!” have the best resumes for the next three slots. If this means there is only one nomination still up for the taking, that is presumably where “Spider-Man: No Way Home” can take that tenth place ranking and round out the field. Whether that sounds plausible or absurd entirely depends on what other films are in the running for that tenth slot. And therein lies the real problem with this whole issue, because up to this point, the films considered to have the best shot for this final nomination have not been received very well. “Being the Ricardos” is probably up for consideration as long as Nicole Kidman and Aaron Sorkin’s script are on track for nominations. Still, reviews, by and large, have not been kind about much else in this movie. Likewise, “House of Gucci” is probably still in the conversation as long as Lady Gaga and Jared Leto are on track for nominations. Yet, reviews haven’t been kind to the movie as a whole – or even wholly kind to Gaga or Leto.

Beyond that, “Nightmare Alley” is trending towards a few below-the-line nominations and could even get Guillermo del Toro, Bradley Cooper, and Cate Blanchett up for consideration if favorites in their respective categories slip. But otherwise, critics and audiences aren’t falling totally head over heels for this possible bubble film either. Yet it still has far better review scores than “Don’t Look Up,” which would be completely out of the running by now if not for its various nominations from the Golden Globes and Critics Choice, and its place in both the NBR and AFI’s top 10 lists. Nonetheless, these movies are generally considered to have the best chance for the final Best Picture spots, if only because of their various voter-friendly elements. Yet if some of these movies really round out the field, they will likely be considered the weakest Best Picture nominees since the infamous trio of “Green Book,” “Bohemian Rhapsody,” and “Vice” in 2018. But if these films and these films alone are all that voters will consider as the final nominees, then the case can indeed be made that “Spider-Man: No Way Home” should take one of them instead.

Whatever one may individually think of “Spider-Man: No Way Home,” collectively, it has far better reviews than just about all these other bubble movies, with a 93% Tomatometer score and a 7.9 average rating on Rotten Tomatoes, plus a 71 on Meta Critic. That is higher than the 7.4 average rating and 68 MetaCritic score of “Nightmare Alley,” and considerably higher than the 6.7 average and 60 MetaCritic rating of “Being the Ricardos,” the 6.1 average rating, and 59 MetaCritic rating of “House of Gucci,” and the 6.2 average rating and 50 MetaCritic score of “Don’t Look Up.” By all accounts, none of these films should be on the Best Picture bubble, let alone favored to be on the right side of it. But 2021 has not been a good year for highly rated critical darlings in awards season, as only “The Power of the Dog,” “Licorice Pizza,” and “West Side Story” have really stood out in a sea of contenders with good but not great reviews. In that context, it makes all too much sense if even lower-rated films are the only ones fighting on the bubble. And in that context, “Spider-Man: No Way Home” has a case to leap over them beyond just box office and Marvel nostalgia. But that context only works if those are really the only options up for the final spots. In that context only, a “Spider-Man: No Way Home” nomination that could prevent a genuinely mediocre prestige bubble film from getting in wouldn’t be so bad, or at least wouldn’t be as objectionable. However, it is somewhat entirely different if there are other alternates on voters’ radar.

The top reason certain films with mixed reviews are on the bubble is that they are voter catnip. But there are films out there with far better reviews and far louder critical champions. The problem is that we have no idea if voters will even pay attention to them. Countless highly acclaimed foreign films could swarm this field if only they had more robust stateside campaigns, like New York and Los Angeles critics champion “Drive My Car” and other international contenders like “The Worst Person in the World,” “A Hero” and “Flee” – to say nothing of already snubbed international films like “Titane” and “Parallel Mothers.” Beyond them, there are American films with great reviews, but not much luck in awards season so far, like A24 entries “The Tragedy of Macbeth” and “C’mon C’mon.”

While “Spencer” has the Best Actress favorite in Kristen Stewart, it might already be out of Best Picture consideration without other voter-friendly elements beyond that – unlike with both “Being the Ricardos” and “House of Gucci.” And while “The Lost Daughter” has both a likely Olivia Colman nomination and Maggie Gyllenhaal’s Golden Globe Director nomination to build its case, it is likely stalled in Best Picture as long as the less acclaimed “Don’t Look Up” and “Tick, Tick…Boom!” are more likely as Netflix’s second and possibly third Picture nominee.

None of this even takes into account films that may be considered the best of the year yet have almost no chance at industry recognition, like “The Green Knight,” “Mass,” “Pig,” “Passing,” “In the Heights” and many more. But it is one thing to have these films ignored from the jump by industry voters and the Academy, and quite another to have them up for serious consideration before then getting passed over for films like “Don’t Look Up,” “Being the Ricardos,” “House of Gucci” – and “Spider-Man: No Way Home.” This is why the issue of any “Spider-Man: No Way Home” Best Picture campaign cannot be judged on any merit without having a more informed view of its true competition. If any foreign contender or an acclaimed American film like “The Lost Daughter” or “The Tragedy of Macbeth” is truly on the bubble, and not just an afterthought to Best Picture voters, then something like “Spider-Man: No Way Home” has no case to make over such bubble films. However, the way this season and its conventional thinking has gone, such a field of final bubble films might be a real long shot.

It is a common suspicion so far that such films are going to be ignored because they are too cold, too divisive to regular voters, or just don’t have the resources for an extensive campaign. If those suspicions are correct and if the bubble is entirely made of worse reviewed but more voter-friendly movies, then and only then should something like “Spider-Man: No Way Home” be considered to top them – because, in truth, it is better than most of them. Yet if it is seriously placed among a bubble group of foreign films, more daring but far smaller American films, and even a critical award champion or two, then it truly has no business in this conversation.

Of course, since the Oscars never release voter tallies, we will never know what films were in eleventh or twelfth place, let alone ninth or tenth. As such, if “Spider-Man: No Way Home” makes the cut, we cannot say for sure if it is a good choice or downright embarrassing because we will never know what films came closest to beating it out. There will be clues inferred from the rest of the Oscar categories and from the guild nominations beforehand, but little way for us to know for sure. Perhaps it will only show up in Best Sound and Visual Effects, the two categories it was recently shortlisted for. Perhaps it will snag a PGA nomination and start a path towards a Best Picture nomination. If one thinks it would be embarrassing no matter what, more buzz needs to be drummed up for foreign films and select American critical darlings as soon as possible. Yet, if they never had a chance, and if more poorly received movies are the only ones being seriously considered, then “Spider-Man: No Way Home” really does belong among them as much as anything else – but in that group only.