Snakes…Why Did It Have To Be Snakes? 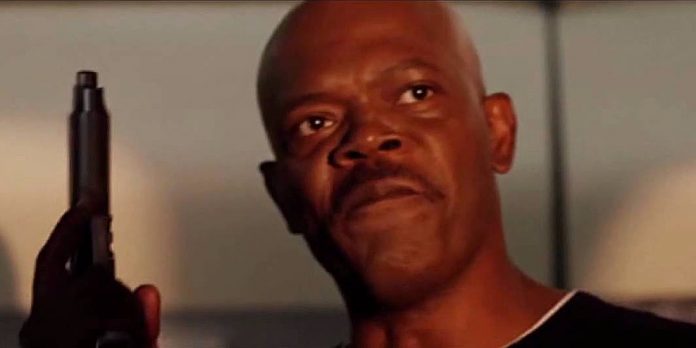 Some film titles are so catchy, memorable, and iconic that they instantly intrigue a person. “Snakes on a Plane” was a title that got everyone buzzing back in 2006. Regarding the film’s clever title, screenwriter John Heffernan stated in an interview that it was “so simple, so unvarnished, so unapologetically sui generis. Just those four words: snakes on a plane. Again, you got it, or you didn’t. And people definitely got it.” The film’s title, premise, and star power (Samuel L. Jackson was the main pull) managed to set the internet aflame before the film’s release, as film critic Mark Brown put it, “Snakes on a Plane” was “perhaps the most internet-hyped film of all time.” To celebrate the film’s 15th anniversary, let’s discuss its journey to the big screen.

“Snakes on a Plane” began as a more serious film entitled “Venom.” The film’s premise was developed by first-time screenwriter David Dalessandro back in 1992. He became inspired reading a nature magazine article about Indonesian brown tree snakes climbing onto planes in cargo during World War II. He originally wrote the screenplay with only a few brown tree snakes on board the plane, but Dalessandro decided to expand on the number of snakes and was inspired by “Aliens.” As he stated in an interview, “I thought this has to be bigger. You know that moment in ‘Aliens’ when the guy lifts up the ceiling tile and [there are] all these aliens? That’s what I wanted – snakes, lots of ’em.”

There’s something about the idea of snakes being let loose on a plane that seemed to connect with people’s fears. Ophidiophobia (fear of snakes) is quite common, and according to Healthline.com, a 2013 study even found that “our brain is evolutionarily conditioned to be afraid of snake-like form.” Roughly 20 million Americans suffer from aerophobia (fear of flying) as well. So, it’s no wonder that a film about people being trapped on a plane full of snakes would get people talking. As Dalessandro stated, “These are animals that are both worshipped and feared. I don’t know if it goes back to the Bible thing. Snakes and you in an enclosed area – you can’t get off the plane. You’re trapped. People want to be scared, exhilarated. Being terrified is very much a part of the American movie-going public.”

Even with an excellent and original premise, Hollywood wasn’t exactly warm to the idea of greenlighting “Venom.” Dealing with snakes is one thing, but Hollywood executives terrified Dalessandro. By 1995, over 30 film studios had turned the script down. It wasn’t until 1999 that buzz began generating for Dalessandro’s film. In 1999, John Heffernan, then a development assistant at Patchwork Productions, became involved in developing the film’s screenplay. In his own words, he was “concerned with trying to come up with the plotline to the perfect horror movie.” Heffernan was able to get his boss, producer Craig Berenson, to become interested in the project, and he took it to his bosses, producers Penney Finkelman Cox and Sandra Rabins.

Finkelman Cox and Rabins really liked the pitch, but they weren’t quite sure what to make about the film as a whole. It wasn’t just those two producers that struggled to get the concept. As Heffernan explained in an interview, “It was the same thing we heard at every studio we pitched it to: ‘What’s the tone of the film? How do we market it? Is it a horror movie? Is it comedy-horror? Is it an action flick with horror elements? We like it…we just don’t get it.’ It sounds funny now, 10 years later, where just about everybody on Earth has seen or heard of the movie. [There are] snakes […]on a plane. That’s the movie. What’s not to get?”

Berenson and Heffernan ended up taking the film to executive producer Don Granger, who was currently at Paramount Pictures. Granger liked the idea and managed to get a deal with MTV Films to finance the film. However, when Heffernan was developing the script, 9/11 took place, and MTV Films became very reluctant to release a movie that involved a disaster taking place onboard a plane. “Snakes on a Plane” was placed into a turnaround deal, which refers to an arrangement under which producers can move a project from one studio to another under certain conditions.

Granger was determined to make this picture, so he secured the turnaround rights from Paramount and decided to take the concept to New Line Cinema who, according to Heffernan, has a “reputation for outside-the-box thinking.” New Line was now onboard and greenlit the film. The director who was initially attached to the project was Ronnie Yu, a Hong Kong martial arts film director.

Samuel L. Jackson had previously worked with Yu on “The 51st State” and learned about the announced project in the Hollywood trade newspapers. He spoke to Yu and decided to sign on without reading the script based on the director, storyline, and title. As Jackson explained in an interview, “I like to think I have an audience member’s sensibility, and the title just puts it all right out there. You either get it, or you don’t.” Initially, New Line did not believe that Jackson had actually signed on to the project and had to call his agent to confirm whether it was true that the star wanted to become involved in the project. Yu exited the production, but veteran stunt coordinator and action director David R. Ellis was on standby to take over.

Buzz kept growing for the film. People began making t-shirts, memes, videos, and parodies about the film. There was even a fan site (snakesonablog) that documented every detail of the making of the movie and the events surrounding it. Many of the early fan-made trailers and other viral videos began circulating on YouTube with numerous parodies, including such titles as: “Cats on a Plane,” “Snakes Who Missed the Plane,” “All Your Snakes Belong To Us,” “Steaks on a Train,” and “Badgers on a Plane.” The phrase “Snakes on a Plane” even ended up with its own entry in the online Urban Dictionary.

New Line Cinema decided to take advantage of the Internet buzz and ordered five days of additional shooting in early March 2006. Principal photography had wrapped several months earlier, back in September 2005. The producers decided to add new scenes to change the MPAA rating from PG-13 to R in order to bring it in line with growing fan expectations. This included having a revision of a catchphrase from the film that was parodied on the Internet by fans, which capitalized on Jackson’s on-screen persona –that’s how we ended up with the immortal line “I have had it with these motherf*cking snakes on this motherf*cking plane!”

Upon its release, New Line decided not to screen the film for critics. As Mark Brown discussed in his article, the studio was “adamant that the lack of press screenings [was] not because it [was] a stinker of a film, the reason many believe was behind a similar lack of previews for ‘The Da Vinci Code.'” Instead, it appeared to be a “deliberate strategy to cash in on the internet frenzy surrounding the movie.” Despite the buzz, the film didn’t exactly live up to the hype; the reviews were mixed, and the film only made $62 million at the Box Office against a budget of $33 million. The R-Rating actually hindered the film’s success at the Box Office, as many younger fans couldn’t get in to see it.

In the end, Entertainment Weekly best summed up the whole “Snakes on a Plane” affair as an “internet-only phenomenon.” It may have only been a “phenomenon,” but at least it was fun while it lasted. Have you ever seen  “Snakes on a Plane?” If so, what do you think? Did you see it around the time of its internet-crazed release or later? How do you feel it has held up 15 years later? Let us know in the comments section below or on our Twitter account.