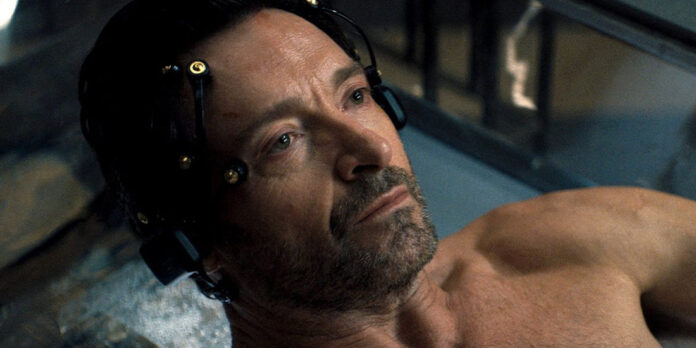 THE STORY – A scientist discovers a way to relive your past and uses the technology to search for his long lost love. Whilst a private investigator uncovers a conspiracy while helping his clients recover lost memories.
​
THE CAST – Hugh Jackman, Rebecca Ferguson, Thandiwe Newton & Cliff Curtis

Having made her name in the world of television with spectacular shows such as “Pushing Daisies,” “Burn Notice” and of course, “Westworld” (more on that in a second), Lisa Joy is making her feature directorial debut with the mid-budget, time-twisting, neo-noir thriller, “Reminiscence.” Reuniting with many of her “Westworld” collaborators both in front and behind the camera, Lisa has crafted a homage to film noir, wrapped up in a love story with a poignant exploration of the past. The result is rare in Hollywood nowadays, as “Reminiscence” represents a blending of genres, ideas, and styles to make itself stand out amongst a crowded Hollywood blockbuster landscape. Lisa’s storytelling will inevitably, unfairly, and unfavorably be compared to her brother-in-law Christopher Nolan (due to her marriage to his brother and co “Westworld” creator Jonathan Nolan), but that should not mitigate the opportunity she was given here to tell an original story, with large studio backing behind her as a first-time female director in Hollywood. With that said, the movie is about as messy and scattered as our memories of the past tend to be.

Nick Bannister (Hugh Jackman) and his partner Watts (Thandiwe Newton) work with the District Attorney’s Office and other law officials as private investigators, not uncovering clues in the present day but in the past. Using a water tank machine they invented, the two can unlock a subjects’ memories and travel through their past to solve crimes, help them through a traumatic time, or revisit a happy memory for money. In a future-set Miami, where the city has been damaged by war and rising waters, there is not much hope left for humanity’s future, so they spend most of their time reliving in the past. Nick falls head over heels for a beautiful new client named Mae (Rebecca Ferguson). What starts as a simple case of helping Mae find her missing keys, her sudden disappearance plunges Nick down a dark path of conspiracy and his obsession with his past romance with the woman of his dreams.

Hugh Jackman is back in his character-driven and obsessive mode, an area where you can tell he feels very comfortable, which has resulted in some of his best work in films such as “The Fountain,” “The Prestige,” and “Prisoners.” While Nick Bannister does not rank highly among those other performances, Jackman is still perfectly cast as a scientist and war veteran, hell-bent on finding the woman he thinks was the love of his life and going through any lengths to do so. He and Thandiwe Newton make for an odd pairing. Their chemistry never successfully mixes to create anything emotionally convincing to the viewer, whether they’re co-workers, friends, or something more. Newton does what she can, but she’s sidelined in favor of Ferguson, who has never radiated this much beauty, seductiveness, and mystery before in her work. She’s more of a construct and an idea in Nick’s mind as he slowly uncovers the truth as to who she actually was, allowing Ferguson and Joy the playful chance to keep the audience guessing at all times.

The film’s ultimate villain is a familiar Nolan abstract concept that you’ve heard a bunch of times before: time. However, there is also a conspiracy for Nick to uncover, and that web of entanglement is given many faces in the form of Cliff Curtis as a dirty cop, Daniel Wu as a drug dealer, and others whom I won’t reveal for the sake of spoilers. Unfortunately, none of them are given enough character development or time to make a significant impact on Nick’s emotional journey as he battles his own urges to put himself back in the tank and relive the past, over and over again. The film’s opening line tells us, “The past can hold a man,” and Nick needs to be careful not to become imprisoned by his own desires to look back instead of ahead. It’s all very intellectual work on Joy’s part, as we’re forced to reflect on our past memories and the good feelings they bring about, contrasted with the unknown future that lies ahead for us. In an age where themes of nostalgia populate so much blockbuster filmmaking, “Reminiscence” asks us to contemplate the very nature of the past through an original story making for a more thoughtful experience, even if it can be a little rough around the edges at times.

As mentioned earlier, Joy has assembled a team of collaborators from her time working on “Westworld” to help achieve her vision on the big screen for the first time. Special shout-outs go towards production designer Howard Cummings who has to submerge the war-torn Miami sets in water, delivering somewhat modern work set in the future but not too much, all with a dark noir aesthetic filled with tiny little details in the shadows. The world-building is immersive and filled with a rich history worth diving deeper into. Ramin Djawadi also brings a unique quality to the film’s score by incorporating moody guitar effects to help with the film’s brooding atmosphere. And cinematographer Paul Cameron manages to conjure several striking images that lend the film a higher production quality than you would think from looking at its budget.

“Reminiscence” may not be a breakout sensation that will change the face of blockbuster filmmaking or bring about a new form of storytelling the way Christopher Nolan did with films such as “Memento,” “The Dark Knight” and “Inception.” Its time-shifting storyline, shrouded in film noir elements, does not always succeed at hitting the same highs as well or coherently as those other films did but, “Reminiscence” takes the best components and combines them to create something cut from the same cloth but with its own identity, courtesy of Lisa Joy and her own gifts as a storyteller. You’ll be going on a journey, a journey through memory; all you have to do is follow her voice (and make it to the moving full-circle ending), and you’ll come out the other side alright.