“ROGUE ONE: A STAR WARS STORY” 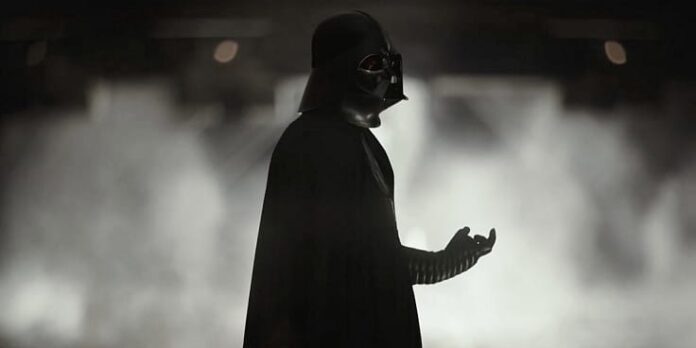 THE STORY – In a time of conflict, a group of unlikely heroes band together on a mission to steal the plans to the Death Star, the Empire’s ultimate weapon of destruction. This key event in the Star Wars timeline brings together ordinary people who choose to do extraordinary things, and in doing so, become part of something greater than themselves.
​
THE CAST – Felicity Jones, Diego Luna, Ben Mendelsohn, Donnie Yen, Mads Mikkelsen, Alan Tudyk, Riz Ahmed, Jiang Wen & Forest Whitaker

​The Star Wars prequels left a bad taste in nearly everyone’s mouth when George Lucas unleashed them to the world throughout the early 2000’s. I am very happy to report that “Rogue One: A Star Wars Story” is the only prequel film that fans will ever need going forward. It’s still not perfect by any means and has its own flaws, but those flaws are nothing that can compare to the disastrous writing, directing and acting that are Episodes I, II & III. Instead, “Rogue One: A Star Wars Story” is such a perfect lead-in into “A New Hope” that the final 20 minutes of the film manages to lift the spirits of even the most cynical viewer.

Taking place before the events of “A New Hope” (1977) Jyn Erso’s (Felicity Jones) father Galen Erso (Mads Mikkelsen) has been helping the Empire to construct a super weapon with the capabilities of destroying an entire planet called “The Death Star.” Separated for years from her father, Jyn finds herself getting recruited by the Rebel Alliance to retrieve Galen from the clutches of the Empire and thus stopping the weapon from completing its construction. She will team with a soldier named Cassian Andor (Diego Luna), his droid K-2SO (Alan Tudyk), an Imperial pilot named Bohi (Riz Ahmed), a blind warrior named Chirrut (Donnie Yen) who believes in the force and his companion Baze Malbus (Jiang Wen). Together they will go behind enemy lines to stop the Empire at whatever cost and bring hope to the Rebel Alliance.

The elephant in the room regarding “Rogue One: A Star Wars Story” is its characterization or lack thereof. There are far too many instances where we only get the tiniest examples of a character’s backstory or the qualities which help to make them distinguishable. Sometimes this feels vague and unfulfilled like in the case of Cassian Andor (Who lacks on-screen chemistry with Felicity Jones’s Jyn Erso) or it feels forced and campy such as Forest Whitaker’s Saw Gerrera, a friend of Jin’s with robotic limbs and a strange voice. You can tell that each actor is trying to do what they can to make their characters distinguishable from one another and stand out in the lore that is Star Wars, but no one is truly successful. Not even a typically great Ben Mendelsohn, who’s entire character boils down to the old adage, “man’s reach exceeds his grasp,” or a forced comic relief character such as K-2SO can overcome the confined story that limits these characters. Considering the inevitable outcome of the film, a little more investment into these characters (Think of the supporting characters from another war film, “Saving Private Ryan”) would have been appreciated.

This leads me to director Gareth Edwards and the expectations that he had to meet in making this film. He has the difficult task of creating a film that takes place within the Star Wars universe but needs to be separate from the Skywalker Saga. Through his gifted DP, Greig Fraser, Edwards crafts some iconic images and perfectly blends the style of “A New Hope” into “Rogue One: A Star Wars Story.” In that respect, he will most likely earn the praise of legions of Star Wars fans across the world. But there are some definite issues with the film in terms of its pacing which as I stated before, impacts the characters and the overall flow of the film. It takes a good twenty minutes before the plot really starts to take hold of our imaginations and we soar back to a galaxy far far away. The middle section of the film is meandering as the characters come together for the final mission that is geographically well staged and well executed in terms of its carnage and power. There is also a moment featuring the infamous Darth Vader that will have audiences cheering in approval at his evil actions, which is a welcome departure from the whiney incarnation that was presented in the Lucas prequels. These final 20 minutes of spectacle, nostalgia, and fan service does enough to overall boost one’s perception of the film overall and helps it to stand tall in the rankings with the rest of the franchise.

While some may call me out for being too overly critical of a film which provides so much fan service (Watch out for cameos from older characters and surprisingly convincing CGI recreations of older characters that are either too old or have since passed away to play their characters from the original film again), it’s reasonable to say that “Rogue One: A Star Wars Story” is not perfect. Plagued by an erratic pace and choppy editing (Evidenced by many shots which appeared in the trailer, not actually appearing in the final film), this is the prequel film that die-hard fans have always wanted and they finally have it. Even with those flaws, they will find very little reason to complain and in that respect, Gareth Edwards has succeeded. However, I cannot help but wonder if there is a longer cut that exists somewhere that gives more characterization to the film’s many characters and thus allows the more emotional beats towards the end to resonate more with us.