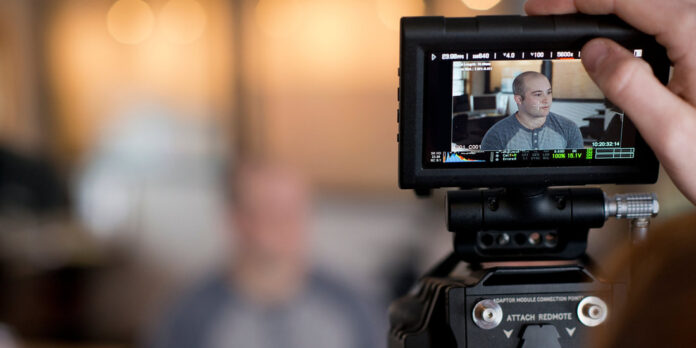 THE STORY – A brutal and shocking look at how cycles of abuse can continue through generations, as told by the filmmaker’s own story.​
​
THE CAST – Sasha Joseph Neulinger, Henry Nevison, Jacqui Neulinger & Bekah Neulinger

A curious aspect of documentaries is that, unlike other genres, they sometimes don’t always use the techniques and abilities of film as a form of storytelling in a way that makes clear why this was the genre chosen to tell their individual story. I’ve seen plenty of documentaries that would leave the same impression, if not be more effective if they were instead a magazine article or a podcast miniseries. The new documentary “Rewind” doesn’t have this issue. It makes effective use of the genre in a way that couldn’t be achieved in any other form. To tell his horrifying story, director Sasha Joseph Neulinger employs family home video footage to chilling and unexpected effects.

“Rewind” is one of the toughest watches I can recall myself ever sitting through. This film won’t be for everyone as it approaches its subject matter unambiguously and without innuendo. Through personal home videos of his childhood and present-day interviews with his own family, Neulinger tells the story of a legacy of brutal familial sexual molestation across generations, in which he is both a victim and the one to finally put an end to the cycles of abuse.

As both subject and director, Neulinger is unflinching in the descriptions of the unthinkable acts that occurred to him and other members of his family. There are three main culprits of these crimes: two of his paternal uncles and one of these uncle’s sons. The film starts with us in the dark as to what revelations are to come, and Neulinger smartly discloses the truths in a matter of fact way that’s somehow both shocking and unemotionally procedural. The layers of abuse are slowly divulged but are never presented in a way that exploits these revelations for the maximum audience reaction. The facts of the case are shocking and upsetting in their own right without editorializing. Neulinger trusts that his audience will be rightfully appalled without resorting to filmmaking tricks to unnecessarily wring a reaction from them.

The aforementioned family videos may at first seem to be an interesting gimmick to draw viewers into the story, but they make their deeper purpose known as the film continues. Neulinger uses the footage to derive a unique type of Kuleshov effect: we’ll frequently watch a benign and usually goofy clip of a family member, followed by a present-day interview that reveals horrifying truths about those depicted in these clips; then we’ll be shown another similarly benign home video that will then take on a new light, based on what we have just learned. This technique is continually revelatory and shows how even the least suspicious moments can take on a new light if we just look a little bit closer. There are also instances where the film will focus on a small gesture or a passing expression on either a victim or a predator in these home videos, further revealing the terrifying truth hidden just beneath the surface of these otherwise innocent moments.

While the film is hard to watch, it ultimately tells the story of the necessary pursuit of justice, no matter how long it takes or how difficult the process is. It’s also a surprisingly moving story about how even if some family members betray you in the most egregious ways, solace can be found in other family members who want nothing but the best for us – it may be that not all branches of the family tree are rotted. “Rewind” is explicitly personal and uncompromisingly truthful, and we can only hope that it will help bring to light other stories that deserve to be uncovered.