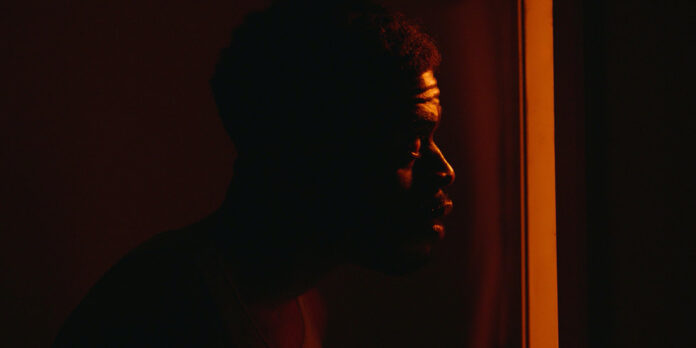 THE STORY – Aspiring filmmaker Jay (Obinna Nwachukwu) returns to his native Washington, DC to find his old neighborhood is gentrified beyond recognition. Dealing with alienation from his friends, troubled by the disappearance of a loved one and unsure of his place in this new community, Jay confronts issues of identity, isolation and loss on a tumultuous personal journey.
​
THE CAST – Obinna Nwachukwu, JaCari Dye, Jamal Graham & Dennis Lindsey

​​​It’s always exciting to be introduced to the vision of a filmmaker making their directorial debut. There lies a wonderful opportunity to discover a new voice that can be appreciated for a distinct perspective that makes its way onto the cinematic landscape. Most are lucky to break out onto the field with a bold take that is impressive purely from a technical standpoint. It’s an even greater accomplishment if such artistry results are in a viewpoint that speaks to the modern sensibilities and conflicts of the world. The new film “Residue” is blessed with both of these gifts, and it is an utterly unique portrayal of the struggles in a changing world.

The story follows Jay (Obi Nwachukwu), a young and aspiring filmmaker who has returned from a venture in California back to his Washington D.C. neighborhood. Upon his arrival, he is struck by the changing landscape that has been aggressively gentrified which is quickly erasing the roots of his old life. While back, he wants to reconnect with a childhood friend who has disappeared from but cannot seem to find the right leads to track him down. It’s a quest that is marked by the growing sense of isolation he feels both from a community that is rapidly changing and from the old bonds that were left behind.

Merawi Gerima makes his directorial debut here and it’s an outstanding vision that weaves in experimental techniques to comment on larger themes of gentrification and lost identities. Even on such a small scale, Gerima is able to craft a deeply intimate portrait that also feels expansive in its commentary. The connection between past nostalgia and current trauma is connected through enticing imagery which is often striking but sometimes off-putting. The cinematography’s gritty nature doesn’t always suit it, but the filmmaking employs choices that connect one to an emotional state of being within the story. The efforts aren’t always the most polished, but they signal a powerfully confident and invigorating voice that aims to spotlight a shunned group of people.

Gerima’s script often feels more at the service of his direction and it ends up being more a vessel to explore the themes rather than to fully develop the characters. As such, the minutiae
of the characterizations often gets lost in the sea of stylistic flourishes and the plot can be difficult to follow. The overt sense of artistic mastery on display makes the story, at times, feel cluttered and opaque. The foundation still rests upon a rich tapestry of resonating ideas, particularly in how they discuss the emotional toll of not only gang violence but the erasure of culture by a dominant society. It’s just that most of these ideas are more solidly felt through the filmmaking as opposed to the writing.

Even though the characters themselves may not be the most fully fleshed out, that doesn’t mean there aren’t some impressive turns to admire. Nwachukwu does a credible job at grounding the film with a mostly interior performance. He can deliver on explosive moments when necessary, but the authenticity of his portrayal is what is mostly appreciated. He genuinely conveys a person pinning for an old world that empowers him just as much as it resents him. The supporting ensemble also has some standouts in Taline Stewart, Dennis Lindsey, and Derron Scott as old friends of Jay who maintains a reliable report with an undercurrent of darkness that is fascinating to watch. Most of the other actors do a decent job, but, admittedly, don’t strike much on an impact otherwise.

One could argue that “Residue” does suffer from amateurish tendencies that are seen in debut features. The biggest weakness it has is a screenplay that is more interested in themes than a concrete story and characters, and it would be unfair to say its lack of attention in these areas wasn’t a source of frustration. However, it is well compensated by an exhilarating vision from a bold director. The filmmaking on display is hauntingly beautiful and successfully conveys the power of this story’s resonance to the modern world. It’s truly what one hopes to get from a first-time effort and it is put on glorious display here.