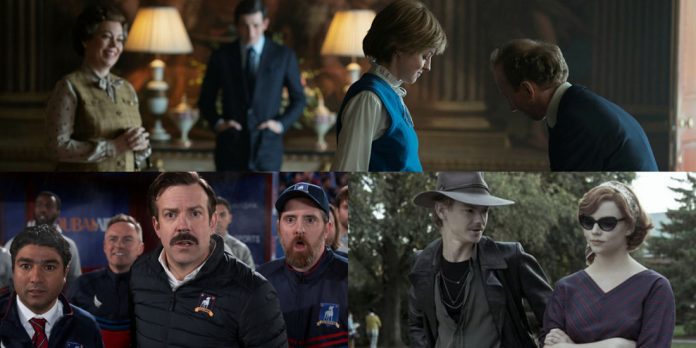 ​​Emmy winner voting officially begins today. There are a lot of categories to discuss and how they’re mostly all linked to one another when making your predictions on who the Emmy voters will go for. As I’ve done in previous years, I’m going to take you television and Emmy fans through how to methodically make your Emmy predictions and win your awards pool, starting with what I think is the most critical category not on the main telecast: Casting.

The Emmys moved to a plurality vote replacing the more level playing field of 80-100 person panels six years ago. No category has had more of a transformation than the casting categories. The winners used to typically come from first-year shows, which makes sense since they’re casting a series that could potentially go multiple seasons, and the voters were casting directors. But then the television academy changed the rules allowing directors and producers as well as casting directors to vote. If you win, your series’ chances of winning increase; lose, and you better hope it’s an anomaly.

Since the directors vote for Outstanding Casting, if a series couldn’t receive a directing nomination, its probability of winning Casting is slim to none. That now leaves us with the following shows still left in the race…

For six years running, the results of Outstanding Comedy Casting have been the same as Outstanding Comedy Series. “Veep” kicked this trend off with three consecutive wins (2015-2017), besting first season shows “Transparent” and “Atlanta.” “Mrs. Maisel” won for its first season (2018) and kept the streak alive. If we would have been paying attention when “Fleabag” (2019) won Outstanding Comedy Casting, its Comedy Series win a week later would not have been a surprise. And the cult-hit “Schitt’s Creek” started their historic Emmy sweep by picking up Casting last year. This is a tough race between three new shows, and each has a chance to win. “Ted Lasso” is the presumed Comedy frontrunner with three directing nominations (of its four submitted episodes). But don’t underestimate “Hacks,” which has a smaller cast working as a smaller intimate ensemble. Should there be an upset, lookout for everyone to jump off the “Ted Lasso” train.

The drama field is more complicated with a sweep four out of the past six years. “Game of Thrones” won Outstanding Drama Casting and Drama Series three times (2015, 2016 & 2019), and “Succession” carried the torch for HBO sweeping both last year (2020). “Stranger Things” won Casting (2017), but lost Outstanding Drama Series to “The Handmaid’s Tale.” It’s easy to see how directors and producers would understand casting a series that stars tweens and teens is far more complicated than casting a series based on a famous novel. “The Crown” also won Casting in 2018 but lost Outstanding Drama Series to “Game of Thrones.” With “The Crown” recasting every two years, was their win a thank you for the first ensemble? Now the Drama Series frontrunner, will a win this year mean they’ll follow with a Drama Series win? Or will they just be thanked again for the second ensemble? Or is it possible that the technical wonder, “The Mandalorian,” makes this a real race? Can “The Handmaid’s Tale,” with its best season since its first, finally take home the prize?

Four of the past six winners in the Limited Series/TV Movie category have swept Casting and Series: “Olive Kitteridge” (2015), “The People v. O.J. Simpson: American Crime Story” (2016), “Big Little Lies” (2017), “The Assassination of Gianni Versace: American Crime Story” (2018) and “Watchmen” (2020). “When They See Us” (2019) won Casting but lost Limited Series to “Chernobyl.” Again, it’s possible that the children factor and double Casting of the Central Park Five helped tip the scale in “When They See Us’s” favor. “The Queen’s Gambit” lives or dies by finding the right actress to play Beth Harmon (Anya Taylor-Joy). With the series being the overwhelming favorite, it should start its awards run here. But watch out for “I May Destroy You” and its diverse cast of unknown actors, unlike most of its competition with well-known film and television stars.

Outstanding Casting for a Limited Series/TV Movie Nominees
1. “The Queen’s Gambit“
2. “Mare of Easttown“
3. “I May Destroy You”
4. “WandaVision“
5. “The Underground Railroad“

Regardless of what happens, should there be an upset in Casting, look for it to become the favorite to win Outstanding Limited Series at the Primetime Emmy Awards ceremony. Do you agree or disagree with my logic? What are you predicting to win the Emmys for Outstanding Casting in the Drama, Comedy, and Limited Series/TV movie categories? Let us know your thoughts in the comments section below or on our Twitter account. Stay tuned for more articles on the Emmys as I finalize my predictions for the 2021 Emmy Awards taking place on September 19th.