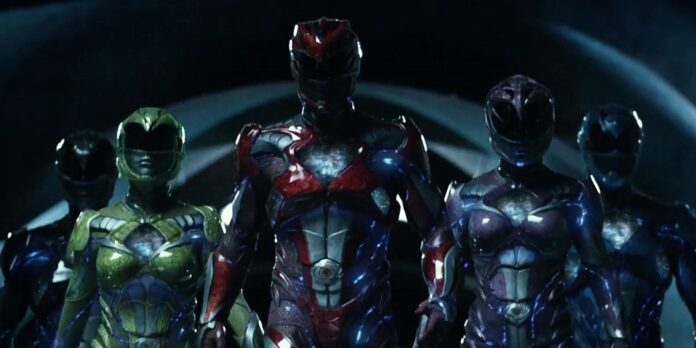 THE STORY – Five ordinary teens must become something extraordinary when they learn that their small town of Angel Grove – and the world – is on the verge of being obliterated by an alien threat. Chosen by destiny, our heroes quickly discover they are the only ones who can save the planet. But to do so, they will have to overcome their real-life issues and before it’s too late, band together as the Power Rangers.

​It’s Morphin Time! Ok, so, when I was a child, I absolutely loved the Power Rangers and the television show “Mighty Morphin Power Rangers.” I nagged my parents constantly to buy me the action figures. I watched it religiously on tv and was a huge super nerd when the 1995 movie “Mighty Morphin Power Ranger: The Movie” came out. I must have watched that movie at least more than 40 times. So now, being older and realizing how silly those childhood memories are and with a new Power Rangers film out simply called “Power Rangers” my expectations were very low heading into this movie. And although the film is no masterpiece, the highest level of praise I am currently willing to throw at it now is that I liked it as much as the first “Transformers” movie from 2007.

Set in the fictional small town of Angel Grove, Jason Scott (Dacre Montgomery) is the golden boy of the town as the star quarterback of the football team who lands himself in detention every Saturday for the rest of the school year after a prank lands him under house arrest. It’s there that he meets Billy Cranston (RJ Cyler), an autistic kid who continuously finds himself in the wrong places at the wrong times and local bad girl Kimberly Hart (Naomi Scott) with a troubled past. One night the trio find themselves at an old mine where they also meet the gay outcast Trini (Becky G) and the bilingual Zack (Ludi Lin). Together they discover magical coins that make them very strong and give them faster agility. They also inadvertently awaken an ancient warrior, now built into the matrix of a spaceship named Zordon (Bryan Cranston), who tells them they must Morph into an ancient warrior group known as the Power Rangers in order to defeat another ancient warrior, the evil Rita (Elizabeth Banks) who is threatening to destroy all life on planet Earth.

“Power Rangers” has many flaws. Let’s get those out of the way first. The visual effects are quite atrocious at times resulting in the action not being the highlight of the film. That’s ok for the most part as it surprisingly made another aspect of the movie the true highlight which I’ll get into in a second. Secondly, there are some cringe-worthy lines of dialogue within this screenplay and while that is to be expected when you have teenagers (Who are all at the very least 20 now, so they’re not teenagers anymore) playing the leads, I was surprised how authentic and genuine the character relationships came across. However, one member of the cast fell well behind his other cast mates and that is Ludi Lin who plays the Black Power Ranger, Zack. He has one scene in particular where he is supposed to “act” a dramatic scene by a campfire that is easily the lowest point in the movie and the dialogue/acting reaches “Twilight” levels of lousiness.

Outside of these moments, I was surprised with how much in “Power Rangers” actually worked for me and I must start with the casting outside of Ludi Lin. Dacre Montgomery (Who I’m forevermore calling Chris Pine-lite), Naomi Scott, RJ Cyler & Becky G are all very convincing in their personalities, roles within the group and relationships with one another. It is proven where a third act dramatic moment is introduced as a means to test our love for these characters and their love for each other and it honestly should not work (And maybe for some it doesn’t) but if by the end you have an entire audience clapping and cheering, you must be doing something right. Supporting vocal performances by Bill Hader as Alpha 5 and Bryan Cranston as Zordon are suitable and as good as those two characters could possibly get. However, it’s Elizabeth Banks who steals the movie as the evil Rita. Her scenes play out almost like horror movies in how menacing she comes across. Her entire look, vocal and physical performance, while over the top, made her a memorable villain that actually felt like a threat.

So while “Power Rangers” has its moments of silliness, it also has lots of moments of fun with humor that should not have made me laugh but it somehow did. I was honestly expecting this to be one of the worst films of the year and although it is far from the greatest, I’m actually excited to see where a sequel to this franchise leads these characters to next. The film has done a wonderful job of centering on the characters, who they are, what their problems are and how they function as a team. The romance between Kimberly and Jason is not forced and barely touched upon at all and the relationship between Billy and Jason is the heart of the film. This level of focus creates a bond between the audience and the characters which goes a long way towards making “Power Rangers” full of potential for the sequels to come.