Our Most Anticipated Films Of The 2021 Sundance Film Festival 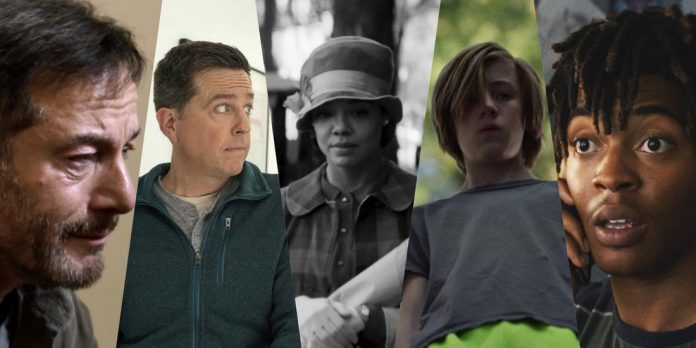 ​The 2021 Sundance Film Festival officially kicks off tomorrow evening. One of the year’s biggest festivals, it has been the un-official start of the movie year as many films make their premieres at the festival which will then get released throughout the next 12 months (and sometimes even into the following year). A celebration of independent film and new voices, you never know what you’re going to get at the festival when you sit down to watch something and this year, despite not being up in the mountains of Utah due to the pandemic, is no different. Cody Dericks and I will be covering the festival this year for Next Best Picture and we have listed below in alphabetical order, the ten films we are most looking forward to at this year’s festival.

This film is part of the Next selection of films, which is generally comprised of innovative movies with sometimes atypical storytelling methods. “First Date” tells the story of Mike (Tyson Brown), a young man who is somehow tricked into buying a ’65 Chrysler. He goes on a first date with Kelsey (Shelby Duclos), but their night takes some unexpected turns as he encounters criminals, cops, and a crazy cat lady (among others, I’m sure). Written and directed by jacks-of-all-trades Manuel Crosby and Darren Knapp, this sounds like a fun and unpredictable joyride.
​- Cody

Everyone loves a good apocalypse movie, right? “How It Ends” follows a woman as she makes her way through LA to her last party on Earth’s final day. This interesting premise is buoyed by a cast of standouts, including Olivia Wilde, Fred Armisen, and Helen Hunt, among others. Co-director-writer Zoe Lister-Jones has been seeing a quick ascent since her feature debut “Band-Aid” and last year’s “The Craft: Legacy” and along with her collaborator Daryl Wein, this aims to be an intriguing movie about a dire-sounding subject.
– Cody

“John And The Hole”

What a bizarre, dark and intriguing premise….”A nontraditional coming-of-age story, set in the unsettling reality of John, a kid who holds his family captive in a hole in the ground.” Something tells me Charlie Shotwell is going to blow up with this film despite an already impressive career in films such as “Captain Fantastic,” “All The Money In The World” and “The Nest.” The rest of the cast features talented actors, Michael C. Hall, Jennifer Ehle and Taissa Farmiga. This will be Pascual Sisto’s directorial debut, so there’s not much to go on here but such a plot and cast leads me to believe this will be one of the stronger films of the festival.
– Matt

I immediately read the synopsis for this one and thought just one word, “drama.” I’m expecting this heavy drama about two couples coming together in the wake of a tragic school shooting to take the “Carnage” approach. Meaning, four actors bounce off of one another in a tense situation with play-like theatricality (I don’t know this. Just an assumption). This dark and depressing film caught my eye mostly due to the presence of Jason Isaacs, Ann Dowd, Martha Plimpton and Reed Birney, who are all capable of delivering under the radar, emotional and nuanced work.
– Matt