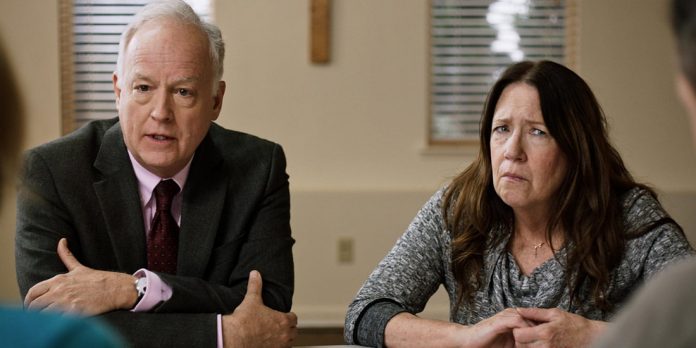 The SAG nominations on January 12th could be the last significant chance to shake up the four acting races before Oscar nomination morning. As such, it could make or break a few contenders for good, or at least make it look that way. After all, nominations for Amy Adams, Helena Zengel, and Jared Leto didn’t ultimately launch them into the Oscars last year, and being snubbed by SAG didn’t stop Andra Day, Paul Raci, Lakeith Stanfield, and Amanda Seyfried from doing better with the Academy.

Nevertheless, more than a few people will be considered to have new life if they get in SAG or have their candidacies declared dead or all but dead if they’re snubbed. A few such examples are below.

Jennifer Hudson for “Respect”
Voters and critics cannot seem to cut the cord in nominating big, broad biopic performances from actresses who are in otherwise mixed or poorly reviewed movies, with the sole exception of Hudson. Although no one is holding Kristen Stewart, Nicole Kidman, Lady Gaga, or Jessica Chastain’s own movies against them so far, Hudson is another matter – for any number of potential reasons – to the point where SAG might be her last lifeline.

There’s still a chance that the Oscars could step in and give her a nomination even if SAG doesn’t like they did with Day last year. Yet by then, Day had a Golden Globe victory where that undisputedly meant something. Between that and being in one of the last films most voters saw that season, it more than helped the Academy ignore “The United States vs. Billie Holliday’s” otherwise poor reviews. However, without any of those advantages, Hudson needs extra help in a hurry if she has any hopes of getting nominated for “Respect.”

The individual cast members of “Don’t Look Up”
For all the arguing over “Don’t Look Up,” both sides for and against it are resigned to the likelihood that the Academy will nominate it anyway. SAG is all but certain to cement that once it gets an inevitable Best Ensemble nomination, no matter how many people think that none of its A-list stars – or half of them at best – actually get any worthwhile material.

As such, the big question around “Don’t Look Up” at SAG is whether or not it gets any individual nominations too. Right now, all its stars would seem to be on the outside looking in of their respective bubbles, but recognition from SAG could shift perception in a snap. It could put Leonardo DiCaprio back on the forefront of shaking up a seemingly locked up Best Actor final five, give an out of left field nod to past winner Jennifer Lawrence, revive Meryl Streep or Cate Blanchett’s chances of crashing the crowded Supporting Actress field, or put Mark Rylance back in a still chaotic Supporting Actor field.

If SAG does any of that or even half of that, it will probably signal a big night for the film as a whole. But beyond draining suspense out of the Best Ensemble race, it would put “Don’t Look Up” on the brink of crashing more big Oscar races than just Best Picture and Best Original Screenplay – over the screams of half of Film Twitter.

Bradley Cooper for “Nightmare Alley” and/or “Licorice Pizza”
If DiCaprio isn’t the one to break up the expected Best Actor lineup, then there’s still a chance Cooper could do it. But depending on how strong “Nightmare Alley” stands on the Best Picture bubble, Cooper would probably see his hopes for a Best Actor nod die out without any help from SAG. However, this isn’t the only field Cooper is hoping to revive his chances in.

SAG may not be as stingy about the issue of screentime as Oscar voters might, so this is as good an opportunity as any for Cooper to boost his Best Supporting Actor hopes for “Licorice Pizza.” Should Cooper’s three scenes land him in this category, which is still the most wide-open acting race for the moment, then pundits will at least be debating his chances all the way up to Oscar nomination morning. If he misses, Cooper may not be as dead in this race as he would be with a SAG snub in Best Actor, but it wouldn’t be ideal for him.

At that point, Cooper’s best chance for a nomination would be to hope “Licorice Pizza” has big enough coattails for him to get pulled in. Yet if SAG recognizes him or even gives him a double nomination as it did for Chadwick Boseman last year, he might not need the heavy lifting as much.

Jared Leto for “House of Gucci”
Film Twitter’s lamenting over the inevitable nominations of “Don’t Look Up” has temporarily drowned out laments for Leto’s seemingly inevitable nomination. Nonetheless, it would be a dead heat again if Leto gets selected here, which would seem to be unstoppable. After all, if Leto slipped into SAG last year for “The Little Things,” there would seem to be almost no chance they wouldn’t let him for “House of Gucci” too.

Even so, the Golden Globes did snub Leto this year after giving him a more surprising nomination last year. So if SAG does the same, then Leto may not look so inevitable with the Academy all of a sudden. At this point, it still doesn’t look likely that SAG will turn him down, and in fact, will likely squash any doubts – or dreams – that Leto could miss at the Oscars after all. But on the very off chance he misses here, then things will get very interesting all around in this category as if it wasn’t messy enough.

Then again, the Critics’ Choice bailed Leto out even when his fans at the Globes wouldn’t, so the Academy may still have a bail-out ready for him either way.

Rita Moreno for “West Side Story”
Ariana DeBose has emerged as the apparent Supporting Actress favorite, poised to do precisely what Moreno did in the category 61 years ago. Nevertheless, it cannot be ruled out that SAG could let Moreno in as well or even throw in the extra curveball of her winning. It wouldn’t be unheard of for SAG to raise some eyebrows with its Supporting Actress winner, as it did for Emily Blunt in 2018 and Ruby Dee in 2007.

Yet all that might depend on just how hard Disney and 20’th Century Studios really worked to send “West Side Story” screeners to SAG voters. With various reports that they were either sent out late or only put on digital apps, it may not bode well all around for the movie. Depending on how much damage was done with the campaign’s seeming lack of urgency, “West Side Story” could underperform at SAG or get snubbed altogether, even to the point of DeBose missing out like eventual 2018 Supporting Actress Oscar winner Regina King did.

Moreno might still be so beloved by her fellow actors. She could get in and even threaten to win regardless of where the rest of “West Side Story” ends up. But if she misses out, either way, it would certainly dim her chances with the Academy. The narrative of the old Anita getting nominated alongside the new Anita may yet be irresistible to them – though if SAG still finds a way to resist it, Oscar voters would be more likely to do the same.

Ann Dowd for “Mass”
If a poor showing for “West Side Story” leaves room for an unlikely Supporting Actress nominee, then it may be the best chance for Dowd to get right back in contention. “Mass” might not be a SAG-friendly movie, although many on the Internet and on this very site would advocate for it having the best ensemble of the year, no matter if SAG agrees with them.

Nonetheless, if there’s still a shot for Dowd to stay on the Best Supporting Actress bubble, her fellow actors will have to prove it. While she’s never received an individual SAG nomination for her TV work, it is likely because they don’t have TV supporting categories. However, three nominations as part of “The Handmaid’s Tale” ensemble prove SAG voters are well aware of her. If there’s enough love for her, maybe Dowd could be the surprise nominee of the morning and jolt her Oscar resume – or a snub could cement that the most packed acting race of the year is just too packed for her.

Of course, not everyone needs a SAG nomination or even a Globes or Critics Choice nomination to get Oscar recognition. Even so, getting it without some or any of these precursors is pretty rare, so missing out at SAG could be the final nail in the coffin for many on the edge of the bubble. Yet getting in at SAG doesn’t mean the bubble won’t pop against them eventually. But for some of the above hopefuls and many more, SAG is the last hope to keep their bubbles intact for another few weeks.

Who do you think will be nominated for a SAG Award this week? Do you think any of the above will be nominated? What about other contenders such as Penelope Cuz, Nicolas Cage, Jon Bernthal, Jesse Plemons, Kathryn Hunter, Jessie Buckley? Check out the NBP team’s current Oscar predictions here, be on the lookout for their final SAG nomination predictions tomorrow and let us know your thoughts in the comments section below or on our Twitter account.