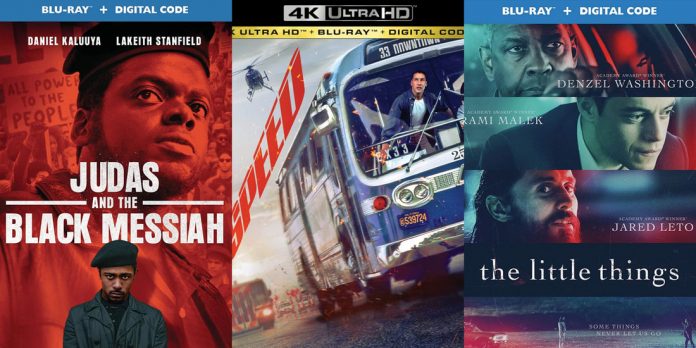 It’s a big week for Blu-ray releases this week! From 2020 award winners and nominees to 4K upgrades to smaller independent gems coming to boutique labels, there’s lots to discuss!

​I wanted to highlight a couple of Kino Lorber’s many releases this week. The biggest is the 1990 film “The Hot Spot,” directed by Dennis Hopper and starring Don Johnson, Virginia Madsen, Jennifer Connelly, Charles Martin Smith, and William Sadler. This is sourced from a new 2K master color-graded and approved by cinematographer Ueli Steiger. It also includes a new audio commentary track with entertainment journalist and author Bryan Reesman and new interviews with Madsen and Sadler.

The other Kino Lorber title I wanted to highlight is the 1971 documentary “F.T.A,” which is about a political performance troupe in the early 70s featuring Jane Fonda and Donald Sutherland. Highly controversial at the time for its anti-war messaging regarding the Vietnam war, this is the film’s Blu-ray debut following a repertory showing at virtual cinemas this past year.

This past week, I finally watched a film that had long been on my watchlist and that I simply adored: Todd Haynes’ 2002 homage to Douglas Sirk and 1950s melodrama “Far from Heaven.” The film stars Julianne Moore, Dennis Quaid, Dennis Haysbert, Patricia Clarkson, and Viola Davis. It has a gorgeous Blu-ray from Kino Lorber that I would highly recommend. One of the most accurate recreations of old Hollywood movies I have ever seen, Edward Lachman’s colorful cinematography shines. At the same time, Sandy Powell’s costume design is sheer perfection, both evoking the time and place magically and showcased beautifully on this disc.

The Blu-ray also has quite a number of special features. There is an audio commentary track with Haynes, a making-of featurette with interviews and behind-the-scenes footage, and several other interviews with the cast and crew. Kino Lorber can be hit or miss when it comes to supplemental features, so it’s wonderful that this terrific film not only looks beautiful but also has some supplements for viewers to dive into. Not enough people discuss this film as much lately, nor might they be aware of this Blu-ray, so I hope people check out the film and this disc because it really is special.