Netflix Will Release “The Devil All The Time” On September 16th, 2020 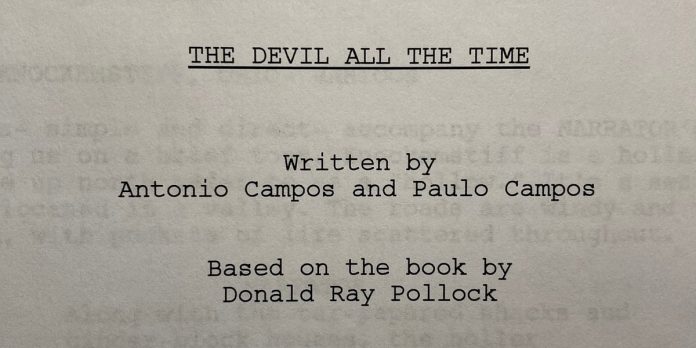 Today, the Netflix original “The Devil All the Time” was announced to have a release date of September 16th, 2020. Directed by Antonio Campos (“Christine”), the film will have an ensemble cast, including Tom Holland, Eliza Scanlen, Bill Skarsgard, Mia Wasikowska, Robert Pattinson, Sebastian Stan, and more!

Based off the novel of the same name by Donald Ray Pollock, the film is set between the end of World War II and the beginning of the Vietnam War. It will have a non-linear storyline about those who suffer from the psychological damages post-war and crime in Ohio.

“The Devil All The Time” is the latest addition to Netflix’s 2020 film slate, as the streaming service is also expected to release Aaron Sorkin’s “The Trial of the Chicago 7”, Charlie Kaufman’s “I’m Thinking of Ending Things”, and David Fincher’s “Mank” before the end of the year. All four films could be major awards contenders due to their cast, screenplay, or directing, setting up Netflix to become a major player in the 2021 awards season.