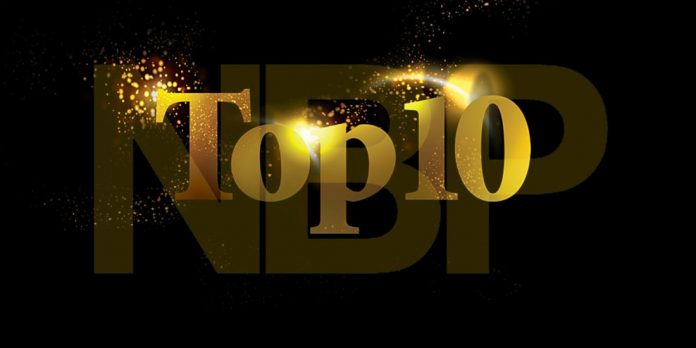 I am the last one. Tonight, the NBP Film Awards Nominations will be revealed by the entire Next Best Picture staff. We’ve been unveiling our Top 10’s of 2018 to give you a bit of a preview and up to this point, you’ve heard from Matt, Danilo, Kt, Josh Parham, Jacey, Celia, Cody, Josh Williams, Nicole Ackman, Daniel Howat, Ryan C. Showers, Beatrice Loayza & Tom O’Brien. And now, it all comes down to my final 10. So please take a moment, check out everyone’s favorite films of 2018 and enjoy my top 10 favorite films from last year. 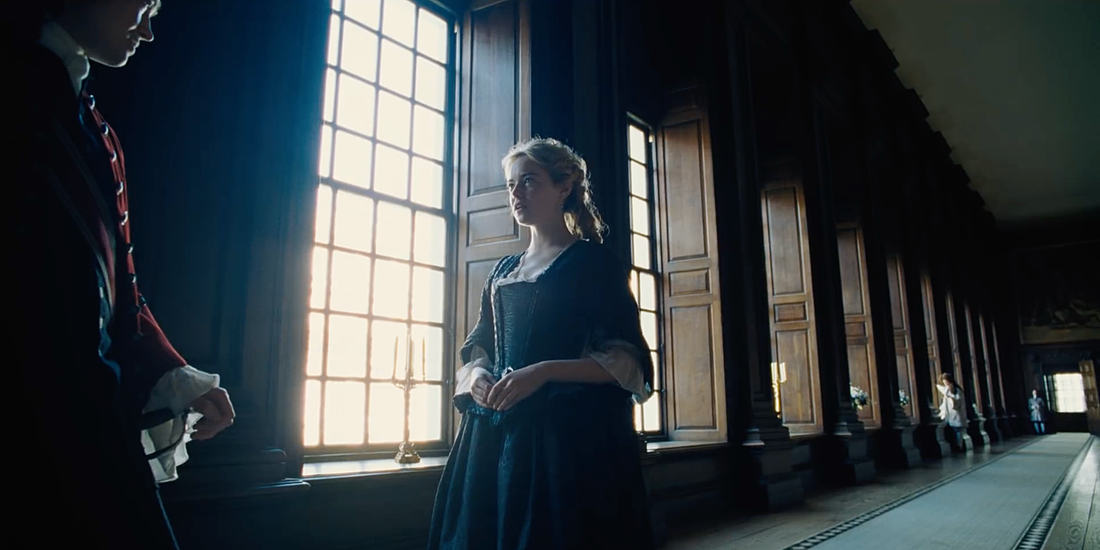 On first viewing, I found the off-kilter nature of “The Favourite” to be distracting. I was so taken aback that I couldn’t fathom where the awards buzz was coming from. However, I was so taken by the performances that I felt obligated to revisit the film and see if things changed after a second viewing. Turns out that was the right call, as I was able to find a much deeper appreciation in this story once I knew what to expect. This is a film about how far some people are willing to go for power, and whether or not the commitment was worth it in the end. Olivia Colman, Rachel Weisz, and Emma Stone each turn in some of the very best work of their careers, and director Yorgos Lanthimos has finally found the perfect balance between the absurd and the mainstream. His style may not be for everyone at first glance, but there is a lot going on under this surface. Glad to have come around to this gem. 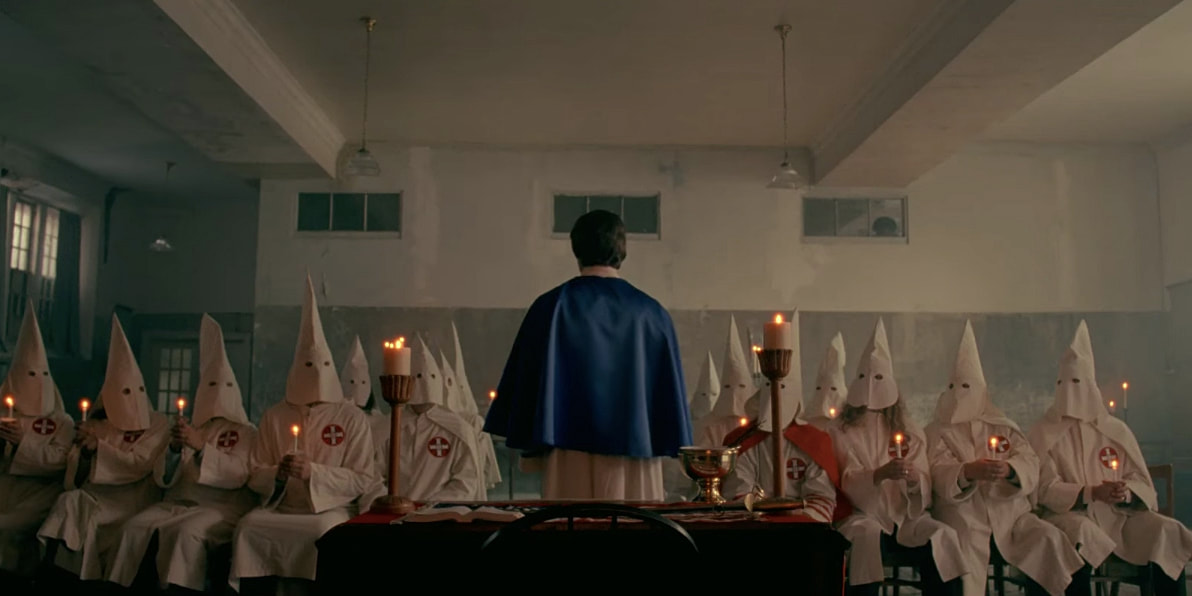 Finally, a new Spike Lee joint that is as good as his early work. “BlacKkKlansman” is far and away the fiercest and ferocious film of 2018. The true story of a black man and a Jew working to infiltrate the Ku Klux Klan certainly speaks to where America is today. Though set in the 1970s, Spike pulls no punches and ends what is already a timely film with footage of the 2017 Charlotteville riot. It is a bold move from a socially conscious storyteller. John David Washington and Adam Driver lead a stellar ensemble and only elevate “BlacKkKlansman’s” status as one of the most prominent films of the year. 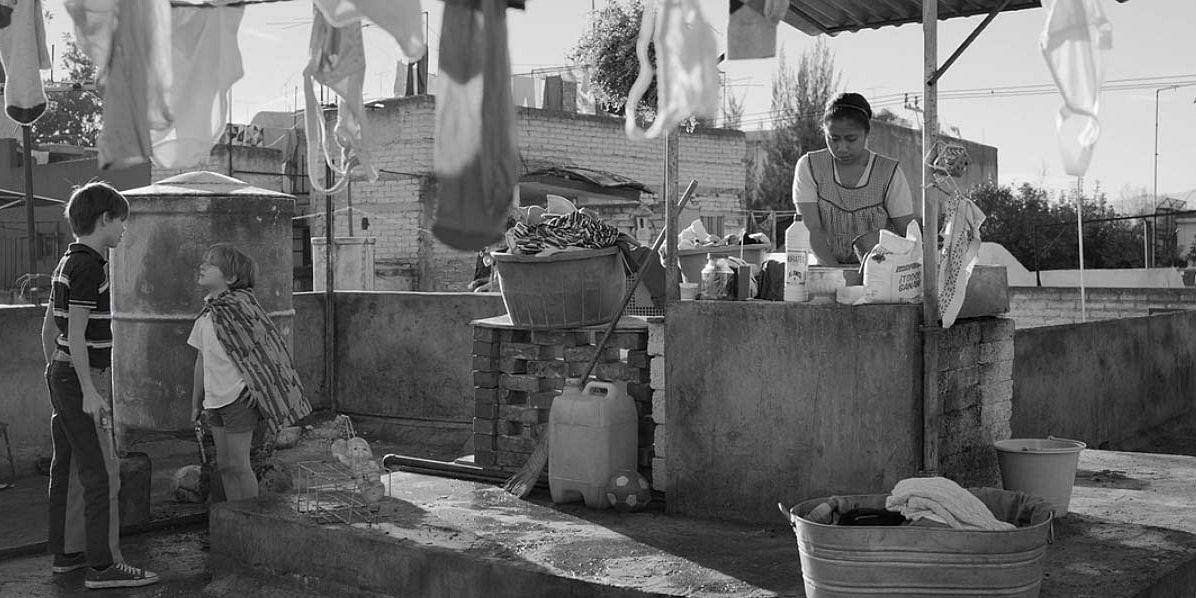 Alfonso Cuarón’s “Roma” is an incredibly personal film that demands the attention and patience of its audience. While that has potential to sound daunting, your investment will pay off thanks to some truly remarkable filmmaking from one of the great auteurs working today. “Roma” transports us to a time and place far removed from our current reality. It brings an epic scope to an intimate story and slowly reveals how the lives we see on display are not all that foreign compared to our own. Newcomer Yalitza Aparicio is the discovery of the year, while veteran Mexican actress Marina de Tavira is able to show her range on a global stage. Don’t read too much about “Roma” going in. Whether on Netflix or 70mm, simply let its beauty wash over you and immerse yourself in some of the finest storytelling of the year. 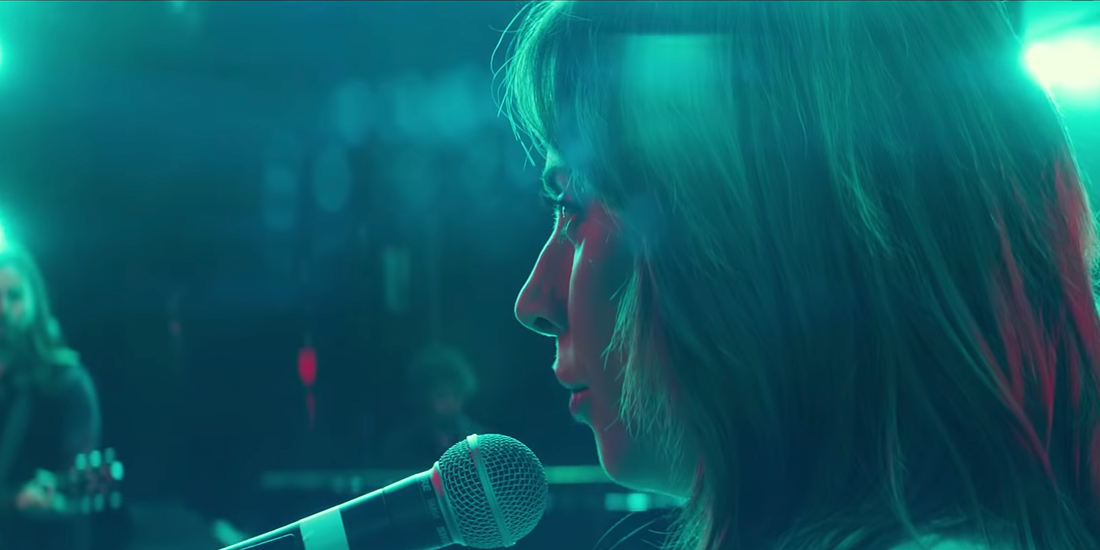 It is no easy task to remake a beloved film, let alone one that has already been remade twice before. Yet Bradley Cooper deserves major kudos for taking the formula that is “A Star Is Born” and making it its own in a contemporary setting. While the 1954 George Cuckor version still remains the best of the bunch, Cooper is telling a different type of story here. While Lady Gaga delivers an absolutely breathtaking performance as Ally, the titular star, the film succeeds the most as a raw portrayal of a barely functional alcoholic. Cooper turns out to be a total pro behind the camera, but his leading performance as troubled country singer Jackson Maine is far and away his best to date. He sings, he plays the guitar, but most importantly, he shows an incredibly vulnerable side of himself. His work here allowed me to view the superstar in a brand new light. There were a million reasons for this film not to work, yet it exceeded all expectations. “A Star Is Born” is the very definition of electric cinema! 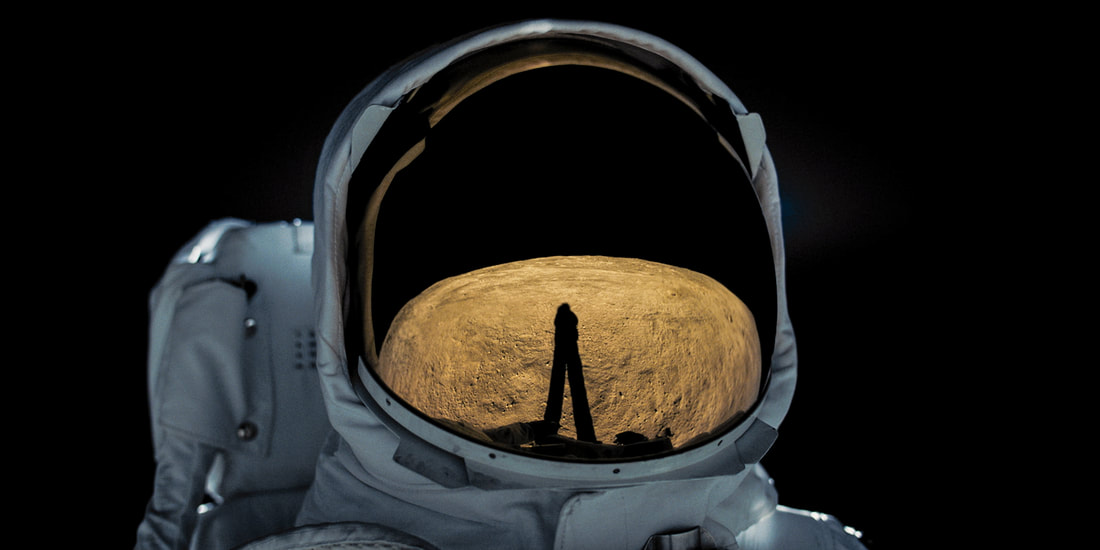 Coming off Oscar glory, director Damien Chazelle certainly had high expectations to meet with his follow-up film. “First Man” may not match “La La Land” in terms of style, but it is every bit as remarkable. In telling the story of Neil Armstrong and his journey to the moon, Chazelle and screenwriter Josh Singer made a conscious decision to forgo portraying Neil as a heightened hero, but rather as a man grieving the loss of his young daughter. Ryan Gosling turns in the best performance of his career by playing Neil as cold and emotionally distant. He dedicates every fiber of his being to NASA and his desire to go where no man had gone before. It is only when he is on the moon and as far removed from home as possible that he can finally come to terms with his grief. While “First Man” does have moments that resemble an epic, the emotional core of the film stems from intimate scenes between Neil and his wife Janet, a monumental Claire Foy. Their scenes as a struggling couple trying to cope with their tragic reality have yet to leave the forefront of my mind. “First Man” may show us just how harrowing the journey to the moon must have been for the men of Apollo 11, but the human element makes it all the more remarkable.

​5. If Beale Street Could Talk 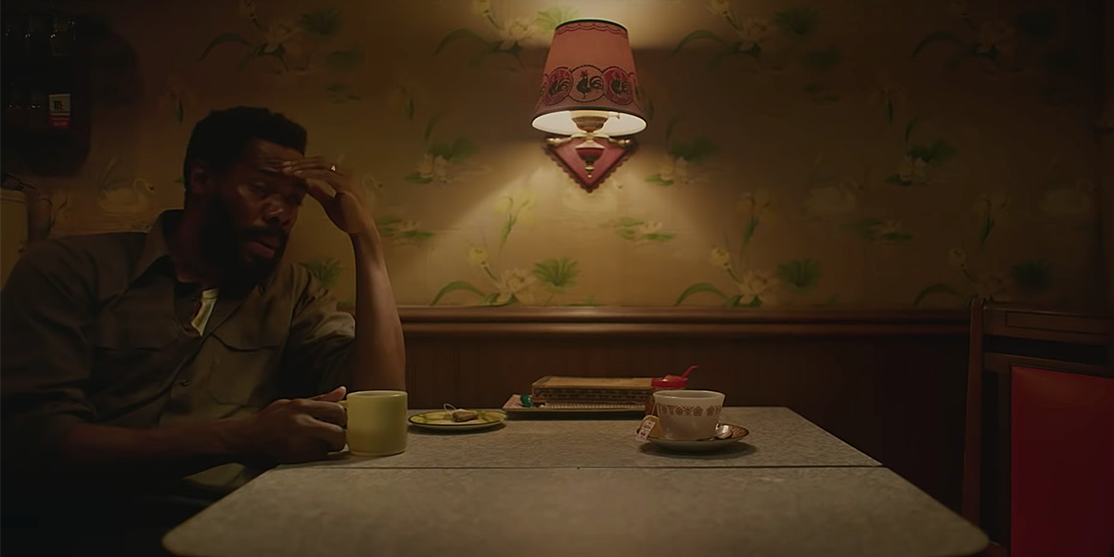 Barry Jenkins somehow manages to outdo himself with “If Beale Street Could Talk,” his stunningly gorgeous follow-up to “Moonlight.” Based on the acclaimed James Baldwin novel of the same name, “If Beale Street Could Talk” does not hold back in its portrayal of an unjust system that still lingers in this country today. But what really makes the film soar is the beauty within the love story at its core. The cinematography and score create a world of beauty that you just want to immerse yourself within, while the writing and performances showcase a group of artists at the top of their craft. “If Beale Street Could Talk” deserved more awards attention than it received, but here’s hoping that Regina King walks away with a much-deserved prize come Oscar night. 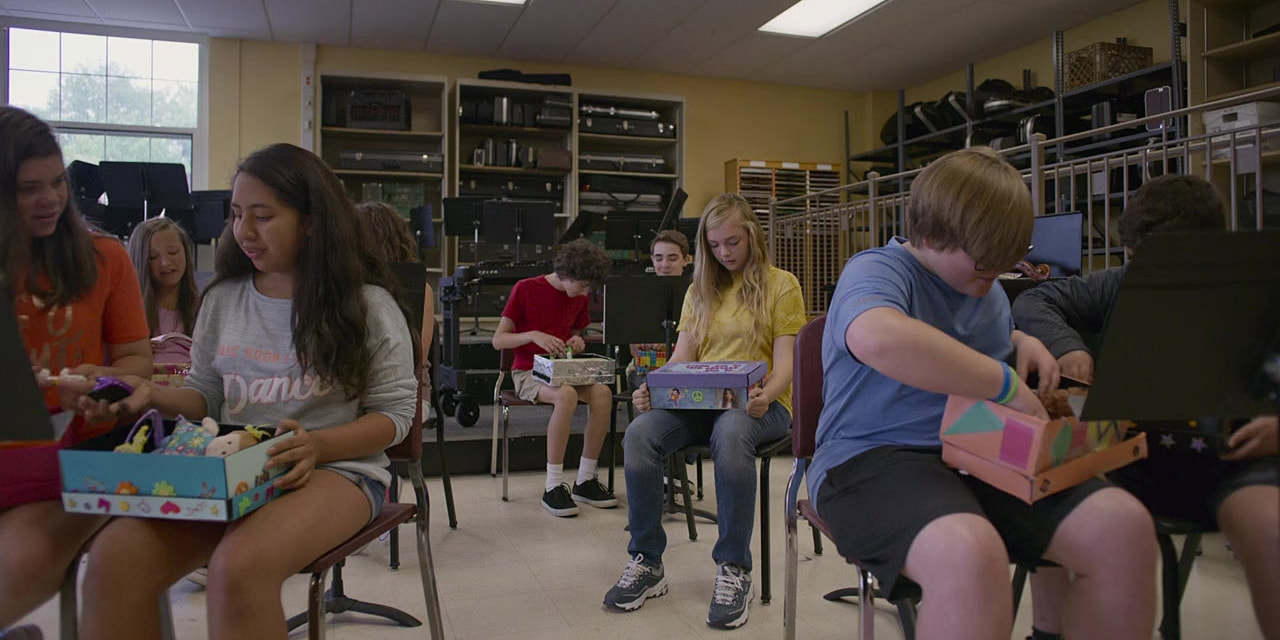 Bo Burnham’s “Eighth Grade” is an incredibly authentic portrayal of the 21st-century teenager. It doesn’t shy away from awkward moments, and portrays adolescence as the nightmare it can be at times. Some scenes here rang so true, it was as if a film crew followed me around middle school years ago. Elsie Fisher’s lead performance as Kayla is one of the finest of the year. She captures every emotion the average middle school student feels in a given week. It is raw yet entirely relatable. Josh Hamilton is also really wonderful as Kayla’s supportive father. Anyone who has ever been a teenager can relate to the anxieties on display here. The beauty in watching the film comes from knowing that life is going to turn out just fine for Kayla. We grow and develop as people, while change and confidence come over time. As awkward as it feels to sit through the uncomfortable moments here, they are great reminders of how far many of us have come since our own adolescence. 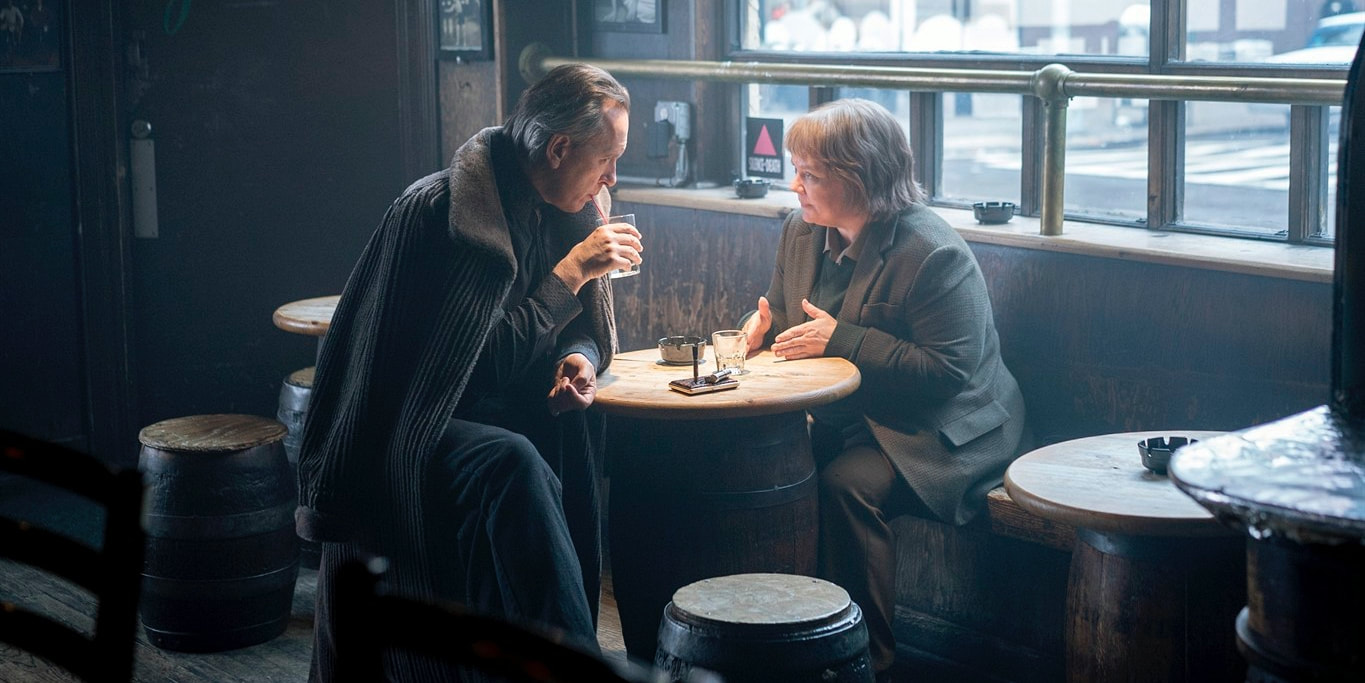 I crave movies as good as “Can You Ever Forgive Me?,” Marielle Heller’s brilliant dramady. It is a true New York story that is extraordinary acted by an ace ensemble. Imagine a vintage Woody Allen movie intertwined with a Nicole Holofcener screenplay. Funnily enough, Holofcener did write the screenplay, which is the year’s best as far as I’m concerned. Melissa McCarthy and Richard E. Grant are a match made in movie heaven as forger Lee Israel and her “associate” Jack Hock. As sharp and witty as Lee and Jack’s one-liners are, they are broken humans whose only solace in life comes from one another. The sharp and bitter moments here still manage to somehow come across as sweet and moving. That’s a tough balancing act, but one that this great film pulls off spectacularly. 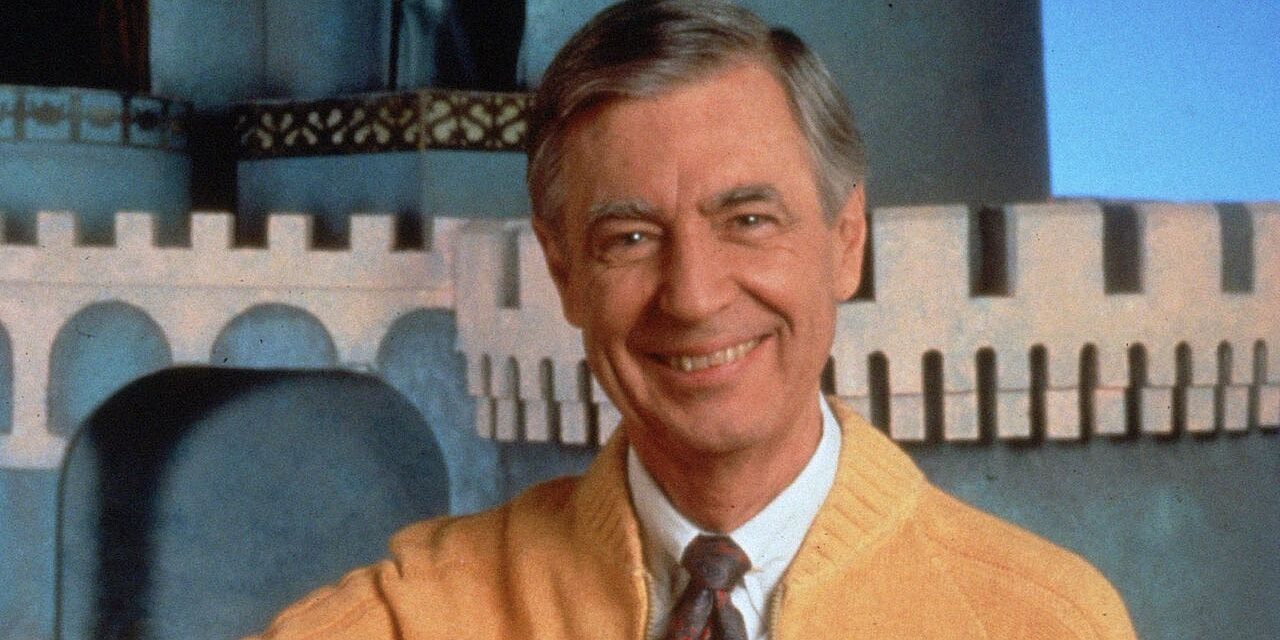 “Won’t You Be My Neighbor?” is one of the most moving films I have ever seen. Not only is this Mister Rogers documentary filled with wonderful archival footage, but it gets at something incredibly deep and of the moment. In showing us the life of Fred Rogers, the film asks us if we are living up to the standards of being a good neighbor. If we aren’t, how do we fix that? As someone who grew up on and continues to live by the values of Fred Rogers, this film really hit on a deep and emotional level. For all of the turmoil that exists around the world, “Won’t You Be My Neighbor?” reminds us that goodness does not have to be in short supply. 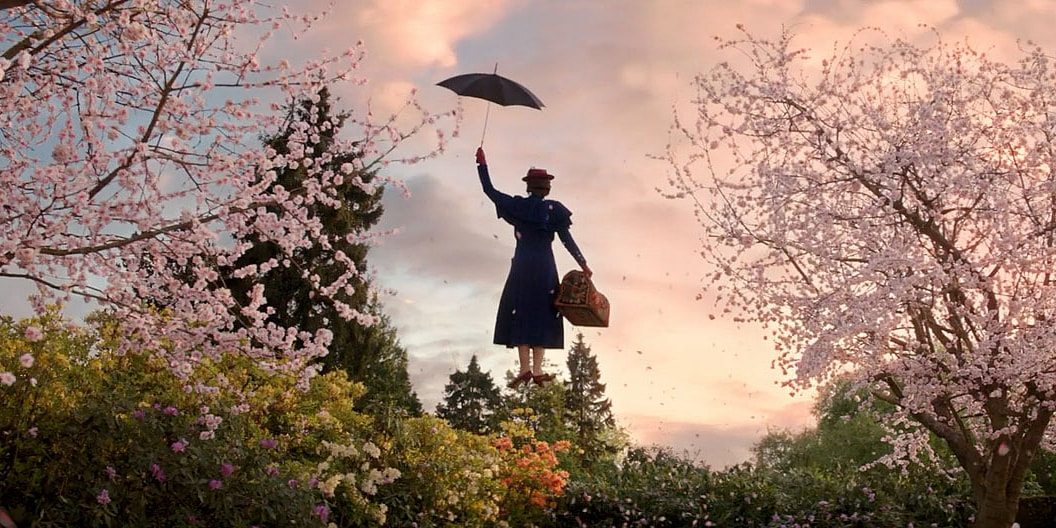 Was there any doubt that “Mary Poppins Returns” would be my favorite film of 2018? While no film could possibly match the quality of the original 1964 classic, Rob Marshall’s spellbinding sequel comes as close as possible. Here is a film that is a pure and complete joy! It honors the legacy of what came before while still making a mark in its own right. Emily Blunt’s Mary Poppins is practically perfect in every way, showing us new shades of a beloved character. Lin-Manuel Miranda is equally joyous as Jack the lamplighter. In a year filled with political turmoil around the globe, “Mary Poppins Returns” gives an excuse to experience joy and remain optimistic. From the sets and costumes to the music and dancing, no 2018 film did more to renew what I love most about the cinematic medium than this musical masterpiece!​

Stay tuned for the NBP Film Award Nominations later today! You can also vote now on the NBP Film Community Awards as we get closer to the 91st Academy Awards (the true end to our film year).