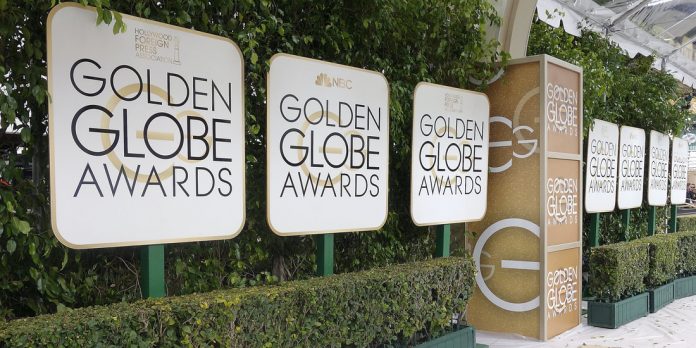 After months of controversy for the Hollywood Foreign Press Association, NBC has announced hat the will not air the Golden Globe Awards ceremony on their network in 2022. This is a massive moment in Hollywood, where the Globes have been a fixture for more than 70 years. There are still many questions as to what this means for the Hollywood Foreign Press Association (HFPA) this awards season, but until significant changes are seen, the Golden Globes are in serious trouble.

In a statement this morning, NBC, the network home of the Golden Globes, explained their decision. “We continue to believe that the HFPA is committed to meaningful reform. However, change of this magnitude takes time and work, and we feel strongly that the HFPA needs time to do it right. As such, NBC will not air the 2022 Golden Globes. Assuming the organization executes on its plan, we are hopeful we will be in a position to air the show in January 2023.”

NBC’s decision was seemingly inevitable, as many studios and individual stars had publicly denounced the HFPA and vowed to not participate in any of their events. Netflix, Amazon Studios, and Warner Bros. had made this decision, along with famous actors Scarlet Johansson and Mark Ruffalo. According to Deadline, Tom Cruise also returned his three Golden Globe trophies back to the HFPA in protest. While NBC’s statement clearly leaves the door open for the Globes to return, the HFPA will face an uphill battle of nightmarish PR.

Alleged corruption has been an open secret in the HFPA for years, as many in Hollywood claim that this very small group would accept extravagant gifts and time with celebrities in exchange for votes. More recently, the group came under fire for lack of diversity when it was revealed that there were no black members amongst its 86 members and hadn’t been for some time. Further controversy struck when a former HFPA president, Philip Berk, sent a group-wide email condemning the Black Lives Matter movement and equating it to terrorism. He was subsequently expelled from the organization. As if that wasn’t enough, in a post-Oscars press conference, an HFPA member confused Daniel Kaluuya for Leslie Odom, Jr. while asking him a question following his Golden Globe win for Best Supporting Actor in “Judas And The Black Messiah.”

Many questions still remain. Will the HFPA still give out their Golden Globe award winners, just without a ceremony? They did something similar in 2008 due to the WGA writers’ strike, announcing the winners in a press conference. Could another network or streaming service air the Golden Globes ceremony instead of NBC? Is this the end of the Golden Globes altogether?

In this writer’s opinion, it’s a no to all three questions. First, there’s frankly no chance that the HFPA would put on a Golden Globes ceremony in 2022 at this point. Moving to a streaming service would make them appear to have no contrition, only looking to make money and mingle with stars instead of committing to change. As far as still handing out awards, I think that’s possible but unlikely. Again, from a PR perspective, the HFPA needs to make sure that genuine reform is their top priority. Handing out awards at all, even in a press release, doesn’t send the right message. Still, I wouldn’t rule that possibility out.

And to the final question: is this the end of the Golden Globes altogether? I’m inclined to say realistically no; I don’t believe the Golden Globes are done. It’s very hard to kill off an institution even when it’s corrupted. For NBC, it’s a big show for them to just do away with. Sure, some other awards show could take their place, which is certainly possible (Gotham Awards still don’t have a network for their show, and neither do the recently rising Hollywood Critics Association). Still, I suspect that NBC will work closely with the HFPA from both reform and public relations angles to ensure that the Golden Globes return in some capacity in the future.

While more news is likely to come out to answer these questions, I don’t anticipate we’ll hear much more in the coming months. The HFPA will likely stay pretty radio silent as they figure out how to dig themselves out of this mess. Either way, this is sure to throw awards season for a loop, as statistics, prediction methods, and even campaigning will look very different this winter.

What do you think is the future of the Golden Globes? Should another show take their place? If there are no Globes this year, how will this affect your predictions? Let us know in the comments section below or over on our Twitter account.