My First Film Festival: My Final Day At TIFF 2019 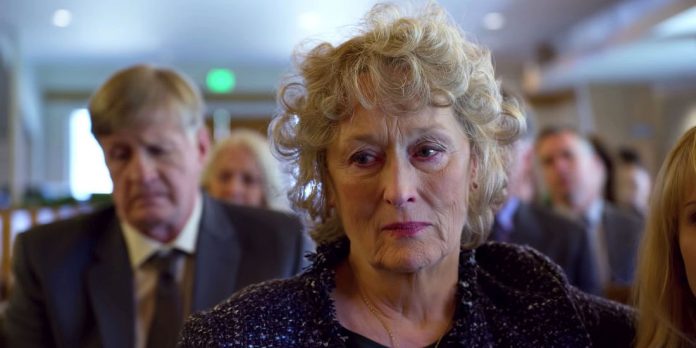 My last day at the festival! I cannot believe it’s here. I am up early but am feeling good. Today is full of big movies, and it begins with two of the biggest: Taika Waititi’s “Jojo Rabbit” and Rian Johnson’s “Knives Out,” back to back. I am nervous that I will not make it to “Knives Out,” which screens second, as I have heard a lot of people stare their intention to go, but thankfully both films are being shown in two theaters at the same time, so hopefully, there won’t be an issue.

I get to the Scotiabank Theatre early enough that I’m towards the front of the line for “Jojo Rabbit,” and thankfully, we get to wait inside – it’s cold this morning! When they let us in, I get a seat as close to the front and as close to the aisle as I can so that I can make my escape as quickly as I can when it ends. The film is just fantastic – I know there are people who found it disrespectful somehow, but I thought it balanced the humor and pathos extremely well, and the cast is incredible. If young lead Roman Griffin Davis doesn’t end this year with a mountain of Young/Breakthrough Actor awards, I will be shocked. I also wouldn’t be shocked if Waititi ends up with a trio of Oscar nominations for Screenplay, Director, and Supporting Actor for his scene-stealing role as Jojo’s imaginary friend Adolf Hitler. Both he and the film are that good.

The second the film ends (on an absolutely pitch-perfect note, it must be said), I make my move for the exit. I don’t see a line outside the theater, which means it must be forming outside. And sure enough, just as I reach the escalator going down, I see the line for “Knives Out” coming in the building. I race down and plant myself in the back of the line, which starts moving right when I get there. I have essentially done a full circle, and I am in the first group to be let into the theater for Rian Johnson’s murder mystery. I’m so glad I put in the extra effort, because “Knives Out” is a rollicking good time: Hilarious and surprising, it manages to be very timely with its plot about a wealthy family whose patriarch has had his throat slit, and the Latinx nurse who took care of him. The all-star cast is clearly having a blast, and that transfers to the audience; it’s fun to watch them having fun. My favorite performance is easily Daniel Craig, serving us a big ol’ serving of southern ham in the most entertaining performance he’s ever given. Watch for his speech about the donut, a thing of comic beauty. I can’t wait to see both “Jojo Rabbit” and “Knives Out” again when they see wide release.

After my morning double feature, I grab a slice of pizza from the concession stand and say goodbye to the Scotiabank. I wish we had a multiplex this nice in NYC. I then take a leisurely stroll over to the Princess of Wales theater for my next screening, Cory Finley’s “Bad Education.” I arrive 45 minutes early and the line is already down the block and around the building. It’s amazing to me how early people line up for the public screenings here, even the ones that are ticketed with assigned seating!

I was impressed by Cory Finley’s first film, the highly stylized, pitch-black comedy “Thoroughbreds.” “Bad Education,” about the Roslyn, NY school system embezzlement scandal from the early 2000s, is even better: A rock-solid drama that never strains for relevance with a stacked ensemble that knocks it out of the park. Allison Janney reminds us why she has so many awards on her mantle playing the most despicable character she’s played in ages, but it’s Hugh Jackman who’s the real story here. He is in full command of his movie star powers here, playing both to and against type in interesting ways. In many ways, it’s an even better version of his performance in “The Front Runner,” better largely because he’s working with a much better screenplay. The film is also low-key the sexiest film I’ve seen at TIFF thus far. The way Jackman looks at Rafael Casal… UNF. After the screening, Finley, and screenwriter Mike Makowsky do a Q&A and it’s clear that this was a very personal project to Makowsky, who grew up in Roslyn and was around 13 years old when all this happened. He says he was interested in reclaiming the narrative of these people from their portrayal in the media, especially closeted Superintendent Frank Tassone (Jackman), who got reduced to just his sexual orientation. This all comes through in the film, which paints as full a portrait of these people as it can, while never losing sight of the fact that what they did was very, very bad indeed. It’s one of my favorite films of the festival, and I’m shocked that it apparently doesn’t have distribution yet as of the time of the screening.

​I cut out of the theater just before the Q&A ends… so that I can get right back in line for the premiere of Steven Soderbergh’s newest, “The Laundromat.” Thankfully, the line isn’t quite as long as it was for “Bad Education” but I’m still far enough away that I can’t see what’s happening as I hear the crowd in front of the theater chant “MERYL! MERYL! MERYL!” at the top of their lungs. Before I sit down, I give in and get a popcorn and soda to get myself through to dinner after the screening. It’s the first popcorn I’ve gotten of the festival, and it tastes so good even though it’s the slightest bit stale.

“The Laundromat” is a strange film. Narrated by Antonio Banderas and Gary Oldman (a true dynamic duo) as shady lawyers who explain to us how shell companies work and what they did in their jobs for their clients. It’s very much a cousin to Adam McKay’s “The Big Short,” but it’s a better, more mature, and more playful film all around. Soderbergh and screenwriter Scott Z. Burns devise some fun metafilm games to play with the audience to keep us on our toes, which makes the film a lot of fun to watch. Meryl Streep gets a big rousing monologue at the end of the film that only she could pull off, and that will likely put her back in the Oscar conversation… although, to be fair, when is she not in the Oscar conversation? She is typically self-effacing in the Q&A following the screening, talking about how she has wanted to work with Soderbergh since “Sex, Lies and Videotape” and how much she loves that he let all the actors try “all our worst ideas.”

I have a nice break before my next screening, so I meet a friend to grab an actual dinner, as in not a protein bar or fast food, in a restaurant where we can sit down and relax for an hour. It’s nice. We’re both leaving town tomorrow, and we run down the films we’ve seen, our bests and worsts, and what we missed that we can’t wait to see in their official theatrical runs. We both lament our inability to stay longer but revel in the fact that we got to be here, both for our first times in Toronto.

Before you know it, it’s time for my very last screening of the festival: Nadav Lapid’s Berlinale winner “Synonyms.” I have a bittersweet as I wait in line (I certainly won’t miss this) and find a seat in the TIFF Bell Lightbox theater. The film confounds me at first, but as the end approaches, I start to “get it”: It’s about trying to find your place in a world that is becoming increasingly global and increasingly nationalistic at the same time. Main character Yoav is an Israeli ex-pat attempting to live in France. As he wanders the city trying not to be seen, he mutters French synonyms to himself as a way of becoming more comfortable with the language. It’s a somewhat enigmatic film, but it also feels immediate, pulsating with a feeling of taking place right here, right now, right in front of you. The final scene is one of the best of the year. listening to Lapid talk about the film afterward, the film comes even more in focus to me, and I can’t wait to watch it again to more fully appreciate it.

I head back to the apartment extremely tired – it’s now just past midnight. As if to bookend my trip with Airbnb troubles, our internet is out, but I couldn’t write anything right now if I wanted to. My flight is at 7 AM, and I still have to pack, and did I mention I’m exhausted? I’m glad that I get to go home and sleep in my own bed tomorrow, but I do wish I could stay longer, if only to get to see “Harriet,” “Judy,” “Lucy in the Sky” and countless others. But all good things must come to an end.

So what did I learn at my first film festival? I learned that attending a festival, as opposed to a screening or two at a festival (like I’ve done at NYFF a couple of times), is much more ideal if you have a press pass. Having access to Press & Industry screenings was the only reason I was able to see as many films as I did over these five days, and even though they start early in the morning, I only once didn’t make it in to a screening (I WILL SEE YOU SOON, “THE LIGHTHOUSE”), and the audiences were actually respectful about cell phone usage and leaving in the middle of screenings. These people really love film, and you can feel it in the air here. It feels like the whole city of Toronto love film, honestly, and I love it. I learned that you can see films with only a fifteen-minute gap in between them, but you may not get a good seat for the second one. I learned that public screenings start lining up over an hour in advance, so be careful. I learned that comfy shoes are a MUST. I learned that I can take notes during a film screening, but my handwriting may or may not be legible. I learned that while film can sustain you through hunger and exhaustion, food and sleep are still necessities. I learned that you can watch too many films in a short amount of time. And I learned that despite how dead I feel right now, I would absolutely do it again!