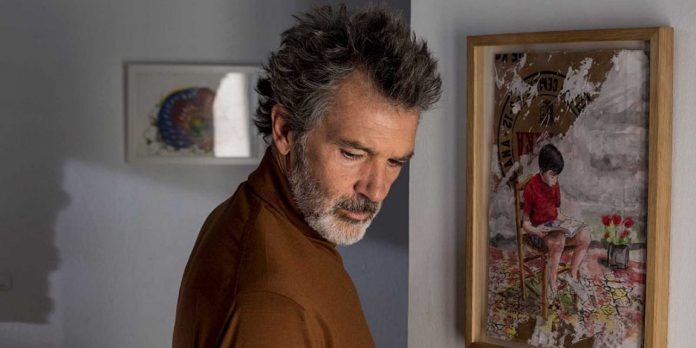 ​Day three of this damn festival is over and I never thought I’d say this, but if I never see another film as long as I live, I might be okay with that. The sheer glut of movie-watching is definitely taking its toll, but this is also my busiest day of the fest. If I survived this, I can survive anything…hopefully.

The day’s first screening is the earliest I have scheduled: 8:15 am for Destin Daniel Cretton’s “Just Mercy.” It premiered last night to great reviews, so I want to be sure to get there early. I move slowly after waking up, so I leave a couple of minutes later than I want to, and there is already a long line when I arrive. But having been in the theater already, I know I’m still good for a seat. The film is solid. I’m especially stunned by Rob Morgan’s big scene around the middle of the film, but nothing else is up to that level of filmmaking. It does get emotional at the end, though, and Michael B. Jordan and Jamie Foxx are fantastic.

After that, I get in line immediately for William Nicholson’s “Hope Gap,” starring Annette Bening and Bill Nighy. It got a mixed reception after last night’s premiere, but the house ends up decently full. For a domestic drama about an older couple splitting up after 29 years of marriage, it’s surprisingly funny, and Bening and Nighy (both perfectly cast) are even better than I had hoped for. The filmmaking itself is nothing to write home about, but all in all, I found it to be a pleasant surprise.

I now have a two-hour break before my next screening of Pedro Almodóvar’s “Pain and Glory,” so I head to the Press Room to grab some lunch and write some reviews. There is only some pasta salad left to eat, but it does the job, and I am able to bang out two reviews before I have to head back to the theater, which is basically full. I am shocked, but then remember this isn’t a Press & Industry screening, but a public screening, and apparently arriving 15-20 minutes early to one of those is not nearly enough time in advance. I end up a couple of rows from the back far on the side and know I will have to prep myself to leave as soon as the end credits roll because I have JUST enough time to make it to the Elgin Theatre (a fifteen-minute walk away) for my next screening. “Pain and Glory” starts late because people cannot find seats, and at first the projector cuts off the bottom of the subtitles, but it is quickly fixed. The film is engaging and bursting with color and feeling, with a much more subtle performance from Antonio Banderas than I was expecting. It doesn’t quite have the magic of top-tier Almodóvar, though.

As soon as the end credits start to roll, I hightail it out of there to get to the premiere of Michael Winterbottom’s “Greed,” with Steve Coogan and Isla Fisher. I needn’t have ran though, as the line for ticket holders has only just begun moving when I arrive, and it winds all the way around the building. By the time I get inside, there is no time to get popcorn, and I’m STARVING. I was excited for this one, because I loved Winterbottom’s “Tristram Shandy: A Cock and Bull Story,” which also starred Coogan. This was billed as a “scathing farce” and “needle-sharp satire” but it ends up becoming my first dud of the festival. The satire has teeth, but they’re not sharp at all, and while it’s funny, it never gets to the all-out mania of farce. Instead, it comes across as Iannucci-lite. A big disappointment.

After this, I have a choice to make: Grab a quick bite to eat somewhere and head over to the Ryerson Theatre (not far away) to get in the Rush Ticket line for “The Lighthouse,” or run at top speed back to Scotiabank for an added P&I screening of Trey Edward Shults’s “Waves.” I feel some raindrops and don’t have my umbrella with me, and don’t relish standing outside for almost two hours anyway, so back to Scotiabank I go. “Greed” started and finished late, so I have just enough time to make it, assuming it’s not full. It isn’t, but I still don’t have time to grab food. Thank God for the protein bars I packed in my bag, and also for this film. “Waves” is so good that I don’t feel any hunger pains throughout its entire length. The first half is the most visceral filmmaking I’ve seen all year, and the second half meanders a bit too much before it figures out its point. As if Kelvin Harrison, Jr. wasn’t good enough in “Luce” this year, he’s just as good if not better here, essentially playing the flip side of the same character. Sterling K. Brown continues to prove he’s one of the best actors of his generation, and Taylor Russell makes an impressive impression for those not already familiar with her work. It’s an incredible roller coaster ride of a movie, and I am shocked when I watch the trailer afterward to find that it is being marketed as something completely different.

As I FINALLY get a bite to eat, I look at my schedule for tomorrow. It is more spread out than today, thankfully, and my first screening isn’t until 9:45 am! I get to sleep in! And just as I am celebrating this observation, the reviews for that early screening, Marielle Heller’s “A Beautiful Day in the Neighborhood,” start to come in from this evening’s premiere. They’re raves. Dammit. Looks like I’ll have to get up early after all.