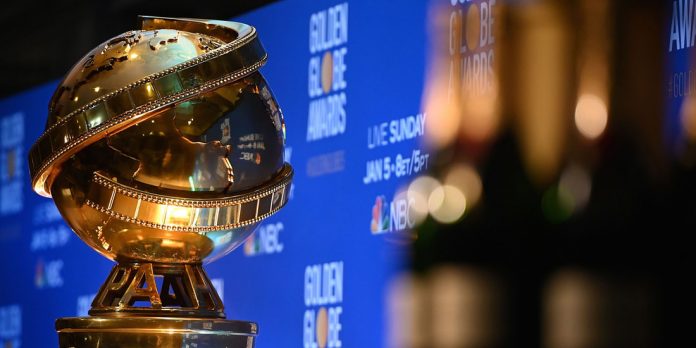 With Golden Globe voting currently underway, it is time for me to reveal my predictions for the upcoming Golden Globe nominations, which will be announced on February 3rd (You can listen to my television predictions in full on our latest episode of the Next Best Series Podcast here). This year, the story is all about Netflix, Netflix and Netflix. After the industry’s COVID shutdown, it wouldn’t be surprising to find the streamer dominating on both the film and television fronts. But the Golden Globes love to spread the wealth around, which could lead to some interesting snubs and surprises. ​

It’s important to keep in mind that the Hollywood Foreign Press awards a film or series for their main prize, plus one. Meaning, if your film or television series is going to be crowned the winner, typically a performer, or on the film side, the director or writer will also win. For example, on the film side, the Drama winner “1917” also won Best Director (Sam Mendes), and the Comedy winner “Once Upon a Time… in Hollywood” also picked up Best Supporting Actor (Brad Pitt) and Best Screenplay. On the television side, the Drama winner “Succession” picked up Drama TV Actor (Brian Cox), the Comedy winner “Fleabag” also took Comedy TV Actress (Phoebe Waller-Bridge) and the Limited Series/TV Movie winner “Chernobyl” took home TV Supporting Actor (Stellan Skarsgård).

Allow me to share two more pearls of wisdom when making your Globe predictions. The HFPA loves celebrities and we’ll often see stars show up in categories where we’re least expecting it. Also, when making your TV predictions, keep in mind that the Globes love to nominate the hot new show.

Most likely to surprise: “Da 5 Bloods,” “The Father” or “Promising Young Woman“
Thoughts: “One Night in Miami” and “Nomadland” benefit from not airing on Netflix. The HFPA loves to spread the wealth and having one streamer dominate the most prestigious category might not be their cup of tea.

Most likely to surprise: Tom Hanks – “News Of The World,” Gary Oldman – “Mank,” Tahar Rahim – “The Mauritanian” or John David Washington – “Malcolm and Marie“
Thoughts: The Globes love to predict the Oscars and with the race seemingly between Hopkins and Boseman, a win here is critical. Ahmed could surprise us with a win as he carries his film completely on his shoulders. Lookout for past winners Hanks and Oldman to possibly sneak in and bump out Yeun. The Globes do love their stars after all.

Most likely to surprise: Amy Adams – “Hillbilly Elegy,” Kate Winslet – “Ammonite” or Zendaya – “Malcolm and Marie”
Thoughts: The Globes love seasoned veterans and Loren should see her name amongst the nominees this year. Both Davis and McDormand have had so-so relationships with the HFPA in the past and that could make this category more competitive than we once thought.

Most likely to surprise: “Emma.,” “French Exit” or “Palm Springs“
Thoughts: The Globes love musicals and a musical that’s also a comedy is a no brainer for them to go for in this category, especially one with this much star-power. It also doesn’t hurt that at least on the television side, they’ve had a love affair with Ryan Murphy productions. The same rules apply to “Eurovision Song Contest” and “Hamilton.”

Most likely to surprise: James Corden – “The Prom,” Leslie Odom Jr. – “Hamilton” or Matthew McConaughey – “The Gentleman“
Thoughts: This category is going to be an interesting one as none of the top competitors are expected to receive an Oscar nomination. Cohen, who’s hoping this year to be double nominated, is also hoping that Odom Jr. is not. Depending on how much love they have for “The Prom,” Corden could surprise with a nomination.

Most likely to surprise: Rachel McAdams – “Eurovision Song Contest,” Cristin Milioti – “Palm Springs” or Jo Ellen Pellman – “The Prom“
Thoughts: Streep is the only contender with a chance of receiving an Oscar nomination. Keeping in mind that the Globes have had a long love affair with Streep, she’ll easily win her 10th Golden Globe award. The supporting categories do not have separate categories for Drama and Comedies, which makes these a more accurate bell weather as to how the Oscar race may go.

Most likely to surprise: Renee Elise Goldsberry – “Hamilton,” Jodie Foster – “The Mauritanian,” Nicole Kidman – “The Prom” or Saoirse Ronan – “Ammonite“
Thoughts: If I could choose a sixth nominee I would select Jodie Foster, who is a past winner and lifetime achievement winner from the HFPA. “The Mauritanian” could also surprise overall with the Globes due to its international true-story but how many voters had a chance to see it?

Most likely to surprise: Emerald Fennell – “Promising Young Woman,” Lee Isaac Chung – “Minari,” Ryan Murphy – “The Prom” or Florian Zeller – “The Father“
Thoughts: The HFPA has faced a lot of criticism for its recent exclusion of women directors. They may decide to make up for the slight this year. While no one expects Ryan Murphy to be a part of the Oscar race, the Globes love his productions and may shock us by singling him out for a nomination.

Most likely to surprise: “Ma Rainey’s Black Bottom,” “Minari,” “One Night in Miami” or “On the Rocks“
Thoughts: This is by far the most difficult category to predict since it combines both Original and Adapted. It’s not uncommon for a future Oscar winner to be snubbed.

Most likely to surprise: “The Croods: A New Age,” “Earwig and the Witch” or “The Willoughbys“
Thoughts: A weak year for the category overall. Expect to see the biggest films of the year included here hence the “Trolls World Tour” nomination.

Most likely to surprise: “Bacurau,” “Dear Comrades!” or “A Sun“
Thoughts: Anything can happen here.

Most likely to surprise: “Da 5 Bloods,” “Minari” or “Tenet“
Thoughts: Ditto the above. Anything can happen here.

Most likely to surprise: “Turntables” – “All In: The Fight For Democracy” or “Wear Your Crown” – “The Prom“
Thoughts: Always go with frontrunners, big stars and films you think they will like.

Most likely to surprise: “Better Call Saul,” “Killing Eve,” “The Mandalorian” or “Ratched”
Thoughts: For the television Drama races, COVID-19 has given the HFPA a rare opportunity to look back at series and performers they haven’t previously awarded. But it’s always best when making your predictions to start with new buzzed about shows.

Most likely to surprise: “Dead to Me,” “Insecure,” “Ramy,” or “Zoey’s Extraordinary Playlist”
Thoughts: “Schitt’s Creek” is coming into the Globes after making history, sweeping the top seven Emmy categorie, which is a first for either a drama or comedy. But the Globes may not want to rubber stamp the Canadian laugher with another five trophies. This gives a lot of new series an opportunity to make their mark.

Most likely to surprise: Linda Cardellini – “Dead to Me,” Lily Collins – “Emily in Paris” or Natasia Demetriou – “What We Do in the Shadows”

Most likely to surprise: “Bad Education,” “Fargo,” “Little Fires Everywhere,” “Normal People” or “Small Axe”
Thoughts: No series has proven hotter than “The Queen’s Gambit,” which will use the Globes as their coming-out party for the 2021 awards season. The rest of the Limited Series will just be happy to be amongst the nominees.

Most likely to surprise: Michaela Coel – “I May Destroy You,” Daisy Edgar-Jones – “Normal People” or Octavia Spencer – “Self Made”

What do you think of my predictions? Let us know in the comments section below or on our Twitter account. Be sure to listen to our latest episode of Next Best Series here where we talked about our television predictions and stay tuned for the Next Best Picture Podcast episode detailing their film predictions later.