MoviePass (Or The Unexpected Virtue Of A-List) 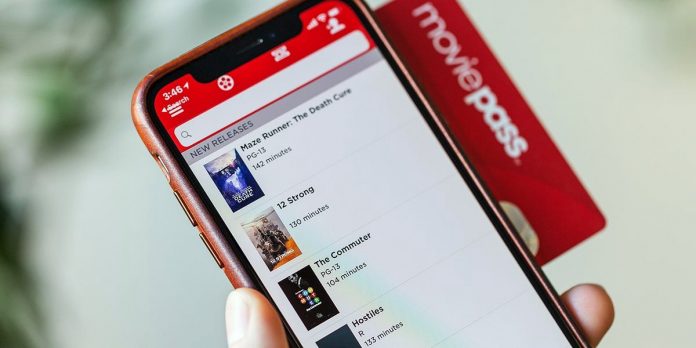 ​When MoviePass announced in August 2017 that it would be offering a new subscription of $9.99 per month for which you could see a film a day, I was shaken to my core. It was the first time that I seriously considered subscribing to MoviePass since moving to New York City in September 2014. The service had been around since around 2012, and I knew a few movie-loving friends who had it. But it was a bit expensive ($40-$50 per month), it didn’t work at every theater, and most importantly, I had heard that you had to use it at the box office, which meant waiting in very long lines. That didn’t vibe with my moviegoing habits, which tended to involve seeing what was playing around when I felt like seeing a movie and getting to the theater with just enough time to get a decent seat at the self-serve ticket kiosks available in most theaters. I also was a fan of the city’s many repertory houses, not all of which accepted MoviePass (or so I thought).

​But this. $9.99 a month. A movie a day. It was tempting. It took six months of NYC ticket prices and friends singing the praises of how easy MoviePass was for me to break down and subscribe in February 2018. I got my card in early March, and used it right away (why hello, “Red Sparrow“). And my moviegoing habits… well, after the initial rush of seeing five movies in ten days, they reverted back to what they always were: On average, one movie a week (although I did spring for popcorn and/or a slushee more often). After the seventh movie I saw using MoviePass (“Disobedience“), a month after I had gotten my card, I had gotten the full value of my yearly subscription. My moviegoing habits stayed steady. I especially loved using MoviePass to see repertory screenings at Metrograph and The Quad – I felt a lot better not shelling out $17 of my own money to see films I owned on DVD/Blu-Ray on the big screen.

But then Summer hit, people started reporting problems with the MoviePass app, and things started changing. Suddenly, certain “high-demand” films weren’t available on the app. Then, certain “high-demand” screening times weren’t available. This was an annoyance since there are few things I love more than an after-work movie when the timing works out just right (it doesn’t happen often, but when it does it’s such a great way to end the day). But those 5-7 PM weeknight times often weren’t available via MoviePass – and I knew from experience that those weren’t usually sell-out shows! But I was still able to use the app on the weekends without too much trouble.

But then, the day came. Twice in a row in recent weeks, I had checked that a screening was available before I left my apartment, and by the time I got to the theater, I couldn’t check in, forcing me to pay for the ticket myself or hang around and wait for a later screening, if one was available. Since my subscription had paid for itself twice over by that point, I had no problem buying the ticket myself, but on the third strike, that was it. Seeing that my screening of “BlacKkKlansman” at the AMC Empire Times Square still had seats available, I opened my AMC app and upgraded to their A-List program. $19.99 per month to see three movies a week. Twice the price for less potential movies, but I had never seen more than three movies in a week anyway, and MoviePass was becoming a hassle, so why not? I could book seats in advance if I wanted, I could see 3-D or IMAX movies, or movies on the Prime Dolby screen. And it was easy!

In those early days, I saw my A-List membership as a supplement to my MoviePass membership. MoviePass had by that point changed its policy yet again to offer only three movies a month (again, since my membership had long since paid for itself, I didn’t mind much). So I used A-List to see films at AMC theaters, and MoviePass for Regal, indie theaters, and the repertory houses. Only, after a while, the repertory screenings stopped showing up on MoviePass. And the available screenings for new releases got fewer and further between. And finally, on December 2, 2018, I reached the end of my rope: After the screening of “Shoplifters” I was going to attend just disappeared from the app as I approached the theater to check in, I groaned and got ready to pay with my own money… and then the man standing in front of me in line paid with his MoviePass card. I haven’t opened the MoviePass app since, and I haven’t renewed my membership.

​But the strange thing is that even though my moviegoing habits didn’t change all that much while I only had MoviePass, AMC A-List completely changed my life. A week without a movie is now a thing of the past, and it’s rare that I don’t make every effort to see at least two. And when I want to see a movie now, I always check the AMC app first, before checking what’s playing at Metrograph, or IFC Center, or The Quad, or Village East, or Alamo Drafthouse, or Film Forum. Not that I don’t keep my eyes on their repertory screening calendars and take note of what festival flicks I’ve heard raves about are playing on one screen somewhere downtown. I do have to pay out of pocket to see things at the rep houses and indie theaters now, but even when I had MoviePass I ended up doing that a lot anyway towards the end. Without the one-subscription-fits-all-theaters option at my disposal (I hear Sinemia, once marketed as the principled alternative to MoviePass, is now having similar troubles), I have to work harder to make sure I see some of the less mainstream films that AMC will never show. But it’s worth it for the lack of frustration that came with MoviePass.

Besides, it’s with A-List that I find myself actually doing the thing that all these subscription services hope you will do: Seeing a lot of movies that I probably wouldn’t have seen otherwise. When I had the unlimited power of MoviePass at my hand, I saw the things I would have seen even if I hadn’t had it, content that I had already covered the cost with my subscription. But now, with my three A-List movies per week, I feel the need to use all of those slots, to get the most out of my subscription, even if I fill one or two of them with movies I’m only mildly interested in. I still won’t see anything I’m not interested in at all, though (sorry, “Alita: Battle Angel“, your gigantic eyes freak me out too much!) – life’s just too short!

So a year later, I can say without a doubt that a movie subscription service has changed my moviegoing life for the better – I see more movies, which makes me happy, and I buy more concessions (a slushee costs me a lot less than a movie ticket would have), which makes the theaters happy – it’s just that said subscription service isn’t MoviePass, the one that started all this. But MoviePass did (part of) what it set out to do: It changed the game of moviegoing. In a time where movie ticket prices have grown exorbitantly, almost criminally, high, MoviePass carved out a niche for movie lovers to see everything they wanted without breaking the bank. And for that, I’m grateful. Even if I’m no longer a subscriber.