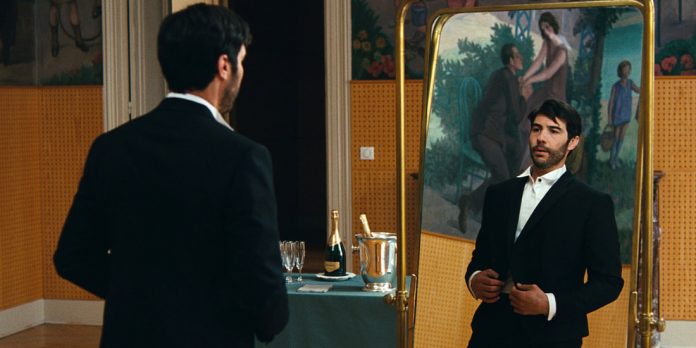 ​As promised, the 2022 Cannes Film Festival has added new titles to its lineup in both competition and out of competition. Three big titles have been announced for the In Competition section of the festival, including Albert Serra’s “Tourment sur les iles,” Léonor Serraille’s “Un Petit Frere,” and “Le Otto Montagne” from filmmakers Charlotte Vandermeersch and Felix Van Groeninge (“Beautiful Boy“). But that’s not all, though; Serge Bozon’s much anticipated “Don Juan” and Emmanuel Mouret’s “Chronique d’une liaison passagère,” have been added to the Cannes Premiere section. Louis Garrel’s “L’innocent,” starring the writer-director himself, Anouk Grinberg and Noémie Merlant, will play out of competition. “Don Juan” is a title that a lot of people have had their eyes on in particular, due to the presence of Tahar Rahim (“The Mauritanian“) and Virginie Efira (“Benedetta“) in what is said to be a romantic musical comedy.

The Official Selection for the festival’s competition section now has five films directed by women, which is a record for the festival after last year’s festival only had four (out of twenty-one) titles from female filmmakers. There is still a long way for the festival to go in regards to satisfying their harshest critics with this area but it’s still a step in the right direction. As of right now, no Jury members have been announced for the competition titles for this year’s festival but we should be hearing about that in the next few days. The 2022 Cannes Film Festival will run from May 17th until May 28th, 2022.

Click below to see the full lineup now with these additions including Critics’ Week.

Which films are you looking forward to the most? Are you planning to attend the festival this year? Either way, be sure to follow Amy Smith for her coverage on behalf of Next Best Picture for this year’s festival. Let us know in the comments section below or on our Twitter account.

Share
Facebook
Twitter
Copy URL
Previous article
Adapting The Unadaptable: Why Some Broadway Shows Should Not Be Made Into Movies
Next article
A Special Look At Pixar’s Upcoming “Lightyear”