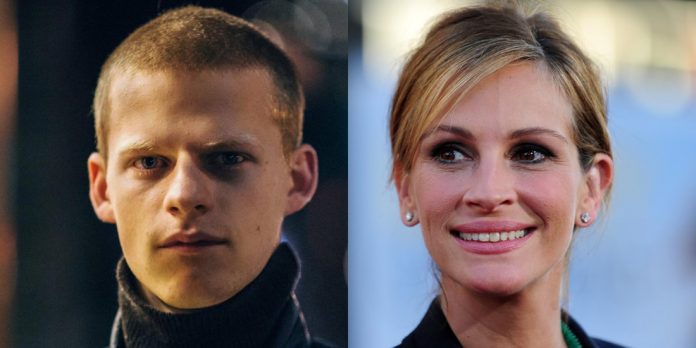 ​Lionsgate, Roadside Attractions and LD Entertainment have set a December 7th release date for “Ben Is Back,” which will put Julia Roberts and Lucas Hedges in the heart of Oscar season. The film is directed by Peter Hedges, Lucas’s father.

According to Variety, “Ben Is Back follows “a charming yet troubled young man (Hedges) who returns home to his unsuspecting family on Christmas Eve. His wary mother (Roberts) welcomes her beloved son’s return, but soon learns he is still very much in harm’s way.”

The younger Hedges has been on a roll with his recent projects. In 2016, he starred in “Manchester By The Sea,” scoring his first Oscar nomination. Last year, he starred in two more Best Picture nominees, “Lady Bird” and “Three Billboards Outside Ebbing, Missouri.” “Ben Is Back” will be his second Oscar-contender this year. His first is “Boy Erased,” Joel Edgerton’s conversion-therapy film that is sure that play well to the Academy.

Roberts’ last awards-contender was “August: Osage County” in 2013, for which she received a Best Supporting Actress nomination.

This project unites father and son Hedges for their first true collaboration. Peter Hedges scored an Oscar nomination for writing “About A Boy,” and went on to direct films such as “Dan In Real Life” and “The Odd Life Of Timothy Green.” Lucas played a small role in “Dan In Real Life,” but this will be his first starring role directed by his father.

Do you think “Boy Erased” or “Ben Is Back” has more Oscar potential? Will Hedges star in a Best Picture nominee for the third year in a row? Tell us what you think in the comments section below.

Share
Facebook
Twitter
Copy URL
Previous article
The Next Best Picture Podcast: Episode 98 – The Oscar Contenders From The First Half Of 2018
Next article
Interview With Genndy Tartakovsky On “Hotel Transylvania 3” “Samurai Jack” & More