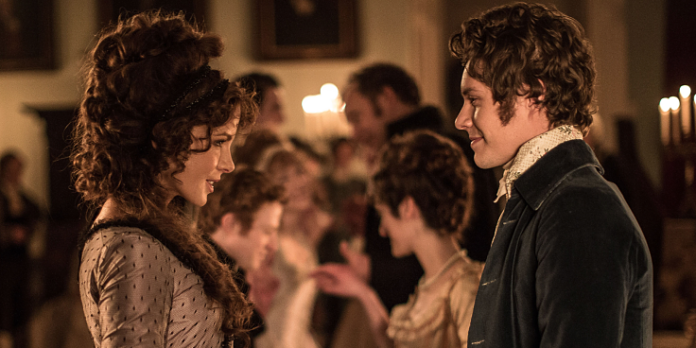 “Love & Friendship” is not a romantic Jane Austen adaptation. It’s a heist film set in the past where the “comedy of manners” tagline is used to the highest order by one of the most devious and manipulative characters I have ever seen within this genre. Nothing about “Love & Friendship” is dark or morose. On the contrary, it is an enjoyable film with more than a few good laughs which for those who are fans of this genre will particularly adore. Be warned however, if good mannered English-speaking set within the 1700s is not your cup of tea, best to be polite and ask for a different movie.
​
​Set in England during the late 1700s, Lady Susan Vernon (Kate Beckinsale) is newly widowed and left with her daughter Frederica (Morfydd Clark) to set off and find suitable suitors. Lady Susan Vernon travels with her daughter to their in-laws where she hopes to outlast the rumors traveling through high society about her flirtatious nature. While they enjoy the company and hospitality of their family, Lady Susan Vernon sets into motion plans to have both her and her daughter married off to the men they most desire and will gain them the security and notoriety she feels they are entitled to.

“Love & Friendship” took a good long while within its 92 minutes running time to get me fully invested. Whit Stillman’s use of tiles of the locations and character portraits with their own character descriptions comes at the viewer too fast for it all to process early on. It’s clear that Stillman is trying to do something different which is interesting because the rest of the film tends to play it relatively safe in regards to its editing style and cinematography. However, the pacing is smooth and the film does not overstay its welcome as this tale of gossiping, manipulation, and ambition, all for the goal of security, lures you in as Lady Susan Vernon’s plan develops.

Kate Beckinsale may be slightly miscast in the role of the devious and flirtatious Lady Susan Vernon (Her gorgeous modern day features are not fitting within the time period). However, she manages to charm her way through Stillman’s wordy script and turns in one of the best performances of her career. In a time where men had control over the women as far as society’s perception was concerned, hidden underneath were women such as Lady Vernon who had all of the power. Credit must be paid through to Tom Bennett who steals every scene he is in as the good-natured, yet incredibly dim-witted Sir James Martin. Bennet’s scenes where he calls peas “green balls” and his confusion at trying to find a church or a hill at a location called Churchill is utterly laughing out loud hysterical. He nearly steals the entire movie from Beckinsale turning in a performance that should have its own film built around. I was also quite fond of Xavier Samuel who plays Reginald DeCourcy in the film. He is a man who falls for the beautiful Lady Susan Vernon (Despite their age difference) and falls into her devious schemes of manipulation with sincerity, thus garnering empathy from the audience.

Amazon Studios continues to expand their horizons with the funny, charming and light-hearted film “Love & Friendship.” There is friendship mistaken for love and love mistaken for friendship within the film and all of it under the watchful eye of Whit Stillman who adds another film to his consistent filmography. The film will certainly not apply to everyone and most will not see what the fuss is all about. But for those who like their witty, period costume films with a slight variation (Remember, this is not a love story), then there will be a lot of love for “Love & Friendship.”