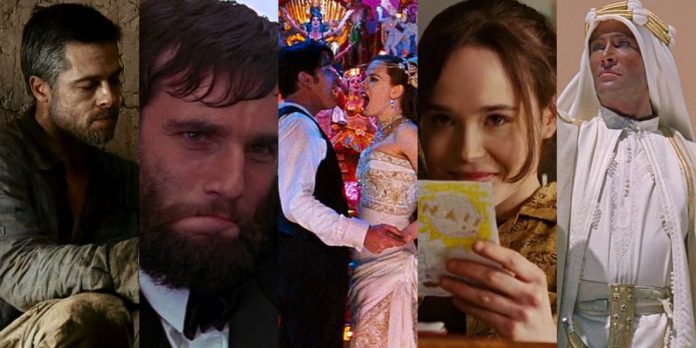 We recently announced on Episode 88 of the podcast, the winner of our first poll for “Last Best Picture” (A podcast film review of Best Picture winning and nominated films) – Milos Forman’s Oscar winning film “One Flew Over The Cuckoo’s Nest.” That podcast film review for our Patreon subscribers will be coming sometime later this month.

We now have a new batch of ten randomly selected films for you to choose from for our next podcast review in June. Head on over to the polls page to vote and take a look at the new films below. Voting ends May 31st 2018. 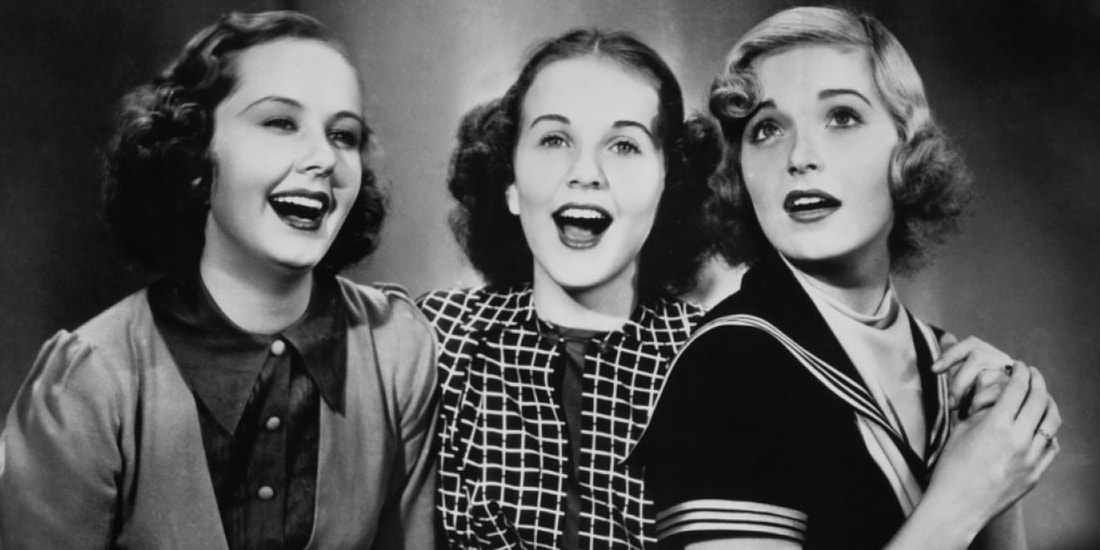 THE STORY: This lighthearted musical follows the travails of 14-year-old Penny Craig (Deanna Durbin) and her two older sisters as they attempt to reignite a romance between their mother and their estranged father before he weds a fortune-hunter. Leaving their home in Switzerland, the three young women journey to New York City and hire a washed-up count (Mischa Auer) to break up their father’s engagement, wreaking plenty of wholesome havoc for all concerned. 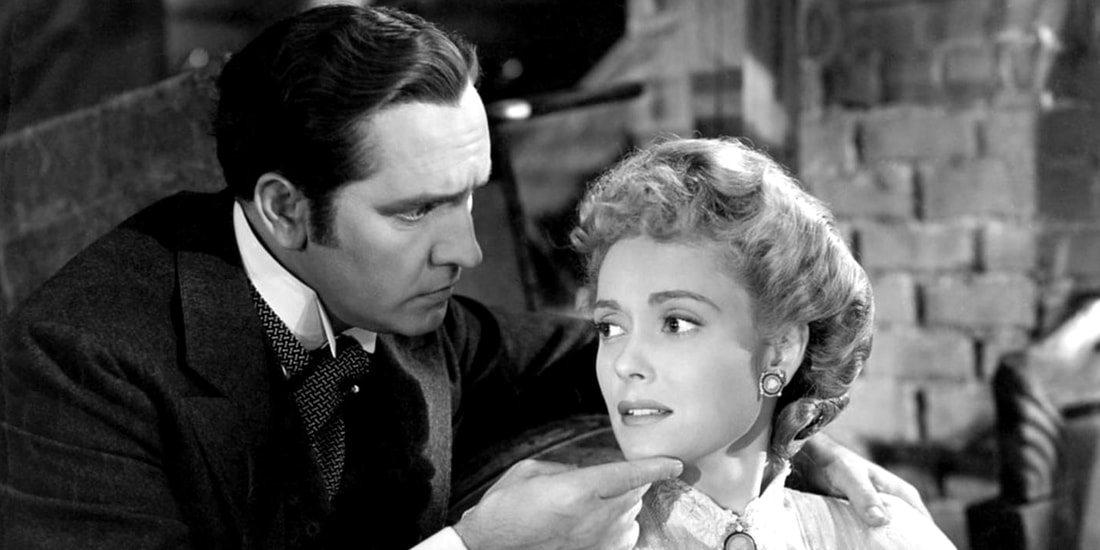 THE STORY: After hearing an evangelist preach, William Spence (Fredric March) abandons his dream of becoming a doctor in favor of studying for the clergy. Once ordained, he and his new wife, Hope (Martha Scott), begin a series of moves from one small-town church to another, each with a new set of challenges, not the least of which is the general orneriness of their parishioners. Along the way, they have three children, and William gradually becomes more flexible about church doctrine. 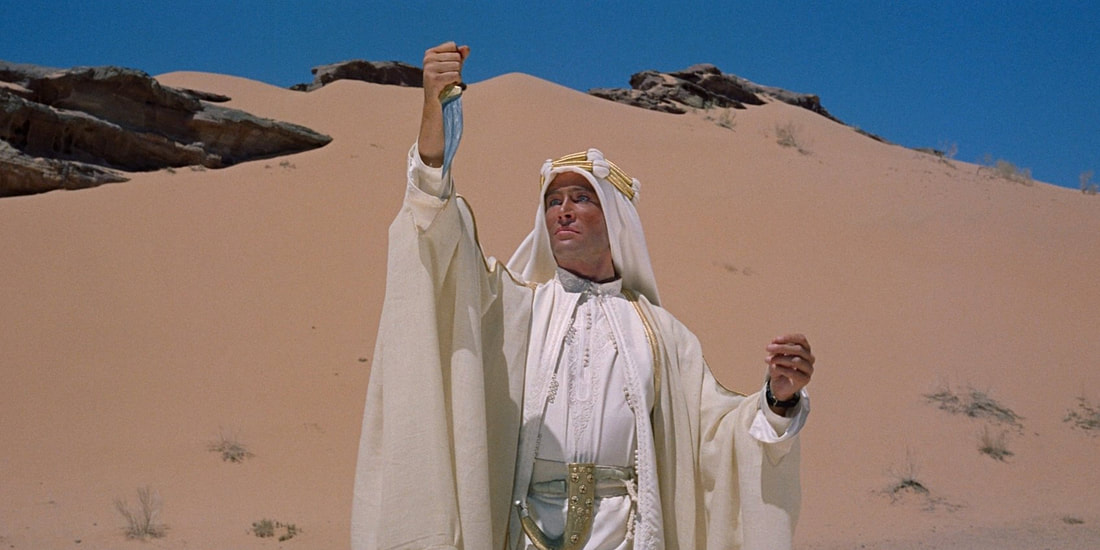 THE STORY: Due to his knowledge of the native Bedouin tribes, British Lieutenant T.E. Lawrence (Peter O’Toole) is sent to Arabia to find Prince Faisal (Alec Guinness) and serve as a liaison between the Arabs and the British in their fight against the Turks. With the aid of native Sherif Ali (Omar Sharif), Lawrence rebels against the orders of his superior officer and strikes out on a daring camel journey across the harsh desert to attack a well-guarded Turkish port. 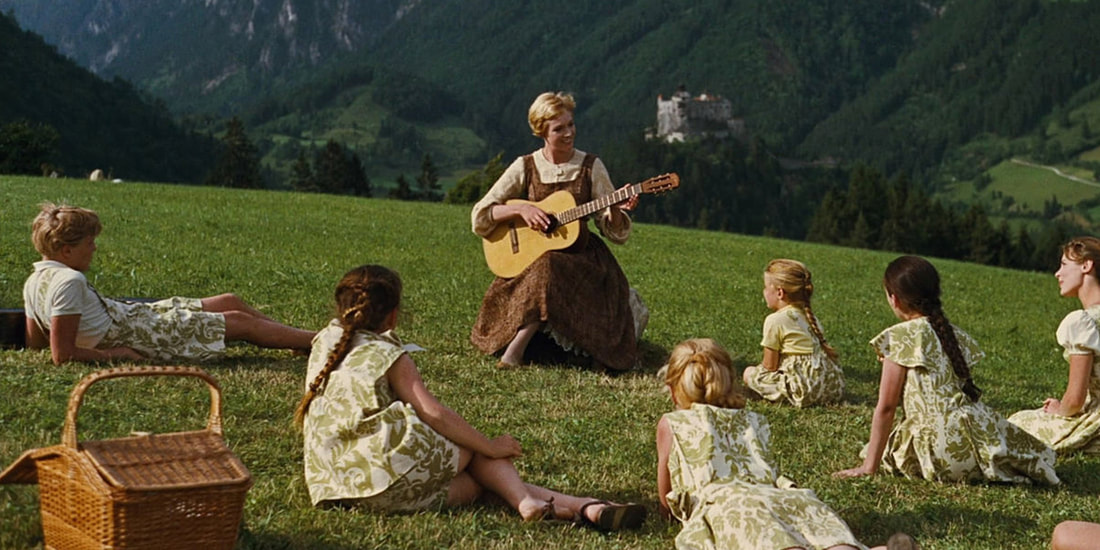 THE STORY: A tuneful, heartwarming story, it is based on the real life story of the Von Trapp Family singers, one of the world’s best-known concert groups in the era immediately preceding World War II. Julie Andrews plays the role of Maria, the tomboyish postulant at an Austrian abbey who becomes a governess in the home of a widowed naval captain with seven children, and brings a new love of life and music into the home. 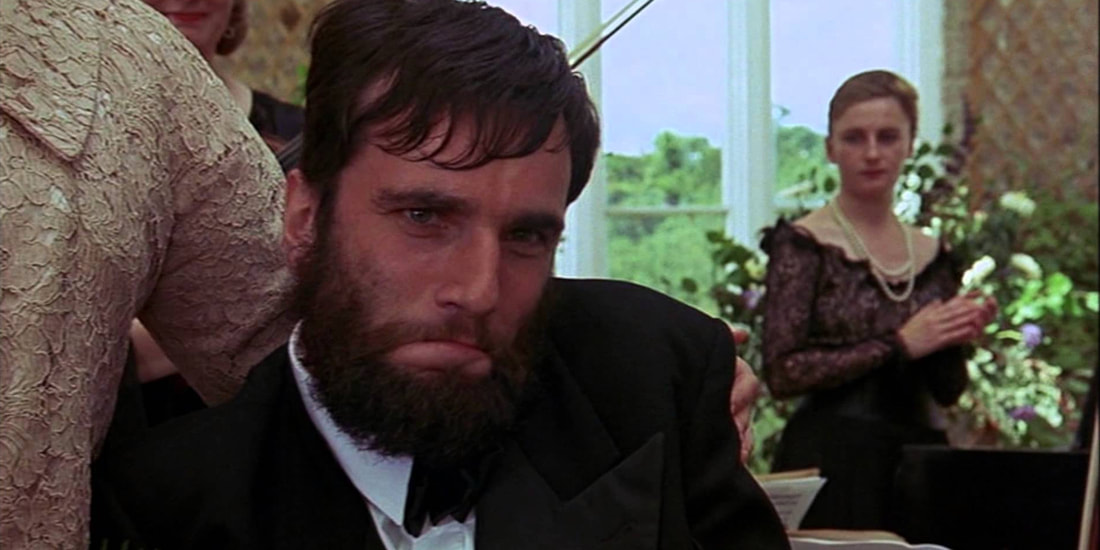 THE STORY: No one expects much from Christy Brown (Daniel Day-Lewis), a boy with cerebral palsy born into a working-class Irish family. Though Christy is a spastic quadriplegic and essentially paralyzed, a miraculous event occurs when, at the age of 5, he demonstrates control of his left foot by using chalk to scrawl a word on the floor. With the help of his steely mother (Brenda Fricker) — and no shortage of grit and determination — Christy overcomes his infirmity to become a painter, poet and author. 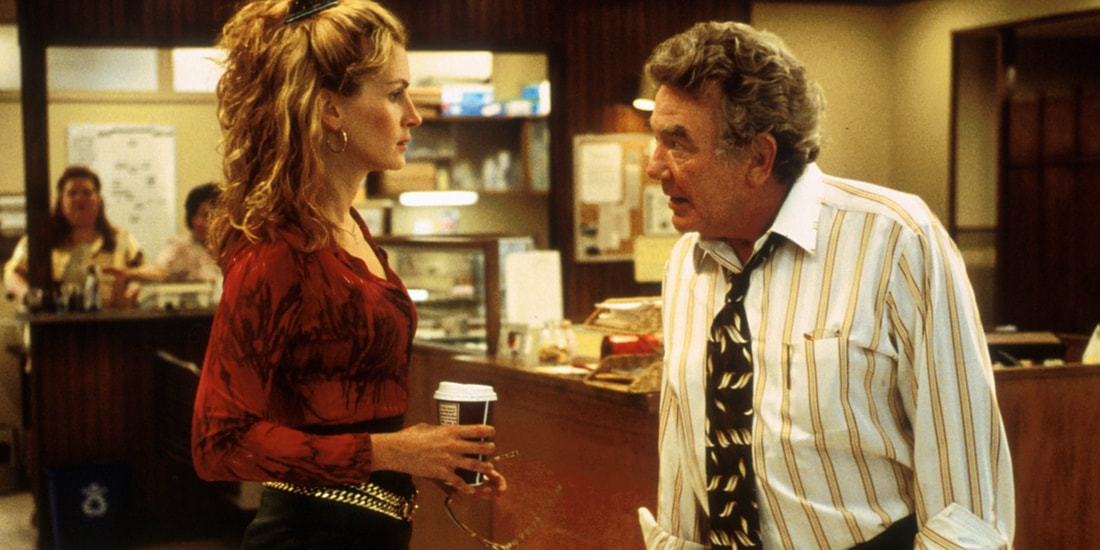 THE STORY: Erin Brockovich (Julia Roberts) is a woman in a tight spot. Following a car accident in which Erin is not at fault, Erin pleads with her attorney Ed Masry (Albert Finney) to hire her at his law firm. Erin stumbles upon some medical records placed in real estate files. She convinces Ed to allow her to investigate, where she discovers a cover-up involving contaminated water in a local community which is causing devastating illnesses among its residents. 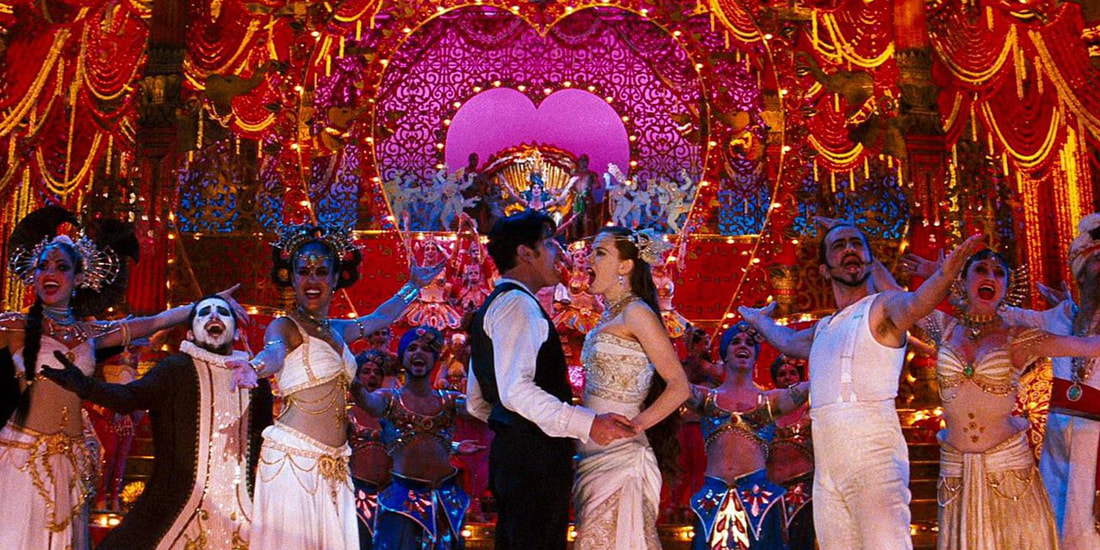 THE STORY: A celebration of love and creative inspiration takes place in the infamous, gaudy and glamorous Parisian nightclub, at the cusp of the 20th century. A young poet (Ewan McGregor), who is plunged into the heady world of Moulin Rouge, begins a passionate affair with the club’s most notorious and beautiful star (Nicole Kidman). 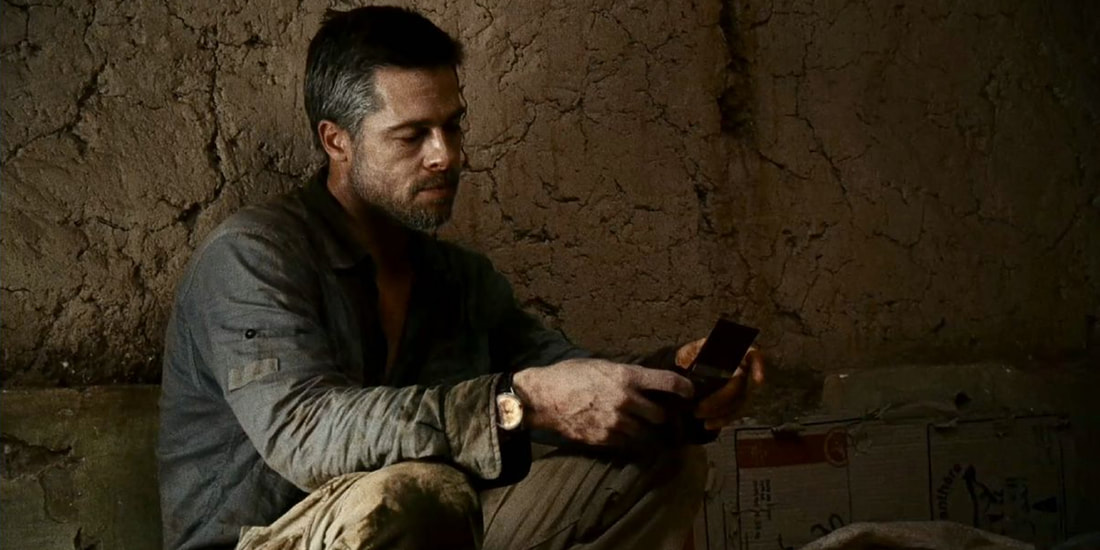 THE STORY: An accident connects four groups of people on three different continents: two young Moroccan goatherds, a vacationing American couple (Brad Pitt, Cate Blanchett), a deaf Japanese teen and her father, and a Mexican nanny who takes her young charges across a border without parental permission. 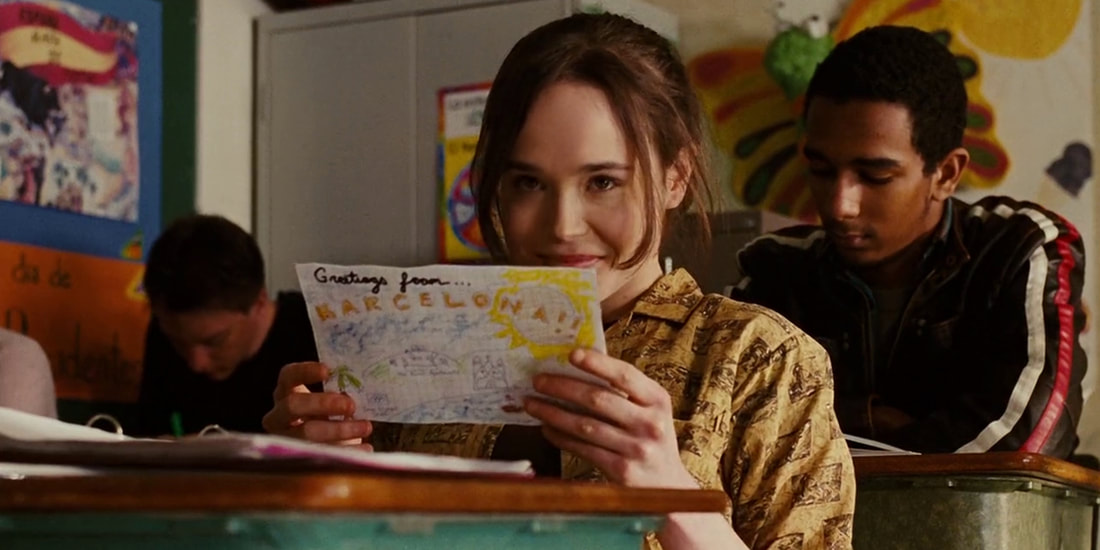 THE STORY: When precocious teen Juno MacGuff (Ellen Page) becomes pregnant, she chooses a failed rock star and his wife (Jennifer Garner) to adopt her unborn child. Complications occur when Mark, the prospective father, begins viewing Juno as more than just the mother of his future child, putting both his marriage and the adoption in jeopardy. 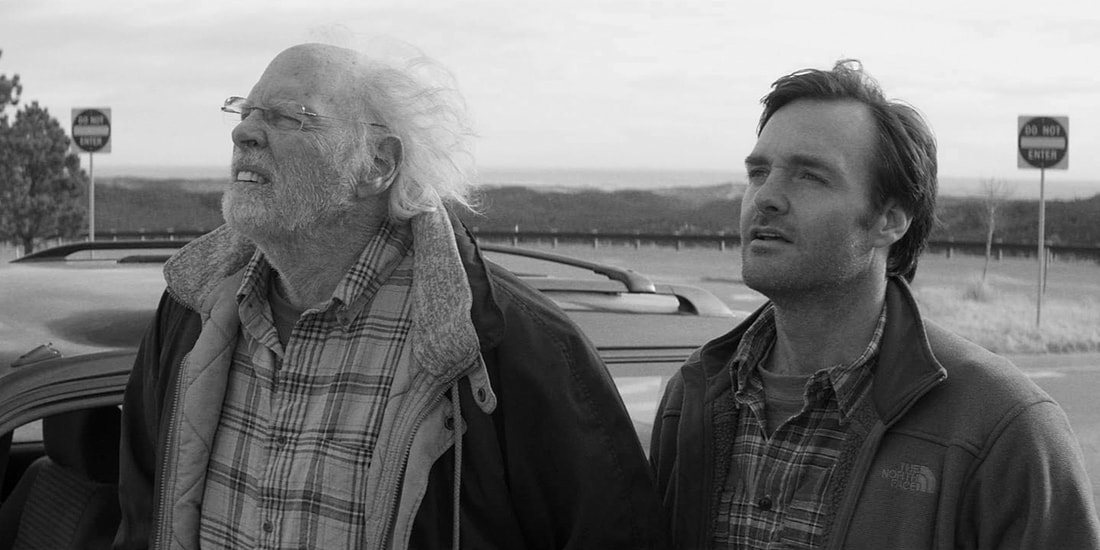 THE STORY: Cantankerous old buzzard Woody Grant (Bruce Dern) can barely walk down the street of his home in Billings, Mont., without stopping for a drink. So when Woody receives receives a sweepstakes notice in the mail and insists on making a 750-mile trip to Lincoln, Neb., to collect his prize, it falls to baffled son David (Will Forte) to accompany him. During a stop in their Nebraska hometown, word gets out about Woody’s fortune, first making him a hero, then later, the target of predatory people.