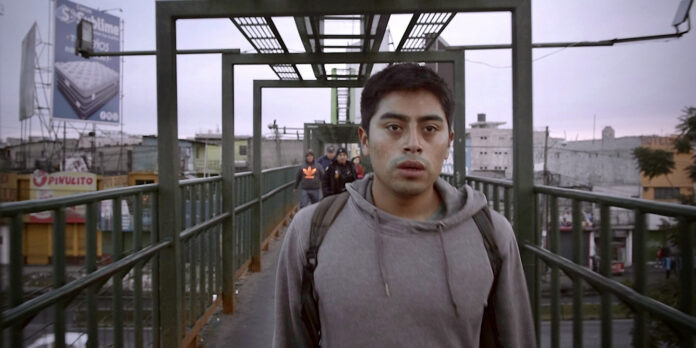 THE STORY – A 19-year-old’s life in Guatemala City is routine and aimless, until he finds passion, pain and self-reflection through a relationship with a Caribbean migrant.
​
THE CAST – Enrique Salanic, Manolo Herrera & Ana Cecilia Mota
​
THE TEAM – Li Cheng (Director/Writer) & George F Roberson (Writer)
​
THE RUNNING TIME – 85 Minutes

​We’re fortunate that the world is no longer deprived of stories that showcase experiences within the LGBTQ+ community. Not only are these types of films in larger numbers than ever before, but the backgrounds, topics, and perspectives they provide have matched that diversifying field. The end results still vary in terms of quality, but it’s heartening to see the landscape cast a wider net in terms of who inhabits these spaces. “José” looks at a part of the world that may be shielded to many and manages to tell a story about the battle to find the perfect balance in one’s life. This is well-executed, even if the film itself sometimes struggles to make the most compelling case for itself.

The titular character, José (Enrique Salanic), is a young man living in an impoverished village in Guatemala with his single mother. His main hustle is working at a local eatery where he flags down passing cars and serves food to customers. He fills his spare time with discreet sexual encounters with other men. One of these encounters is with Luis (Manolo Herrera), a construction worker who openly admits to stronger feelings forming from this relationship. This is the juncture in which José must come to terms with whether he wants to abandon his mother for a new life of companionship or stay in his familiar yet constricting circumstances.

Director Li Cheng takes a methodical approach to this story, allowing the deliberate pacing to show the Guatemalan landscapes as highly composed places for these characters and their journeys. The direction is quiet yet striking in the way it captures the emotional bonds made throughout the film, particularly in its intimate scenes of passion between José and Luis. Some of the filmmaking echoes previous movies that deal with similar topics, such as “Weekend” and “God’s Own Country,” but there’s still a specific cultural identity that this particular work maintains. It’s a perspective that revels in the complex choices we make between the different sources of happiness in our lives. It’s also about how the voyage to get there may not always provide the neat resolution we seek.

At the same time, the slow-burn nature of this story allows the film to fall into tedium quite often. The drama doesn’t have a tremendous amount of momentum and the character beats are meant to fill much of that space. This is quite an engaging portrait of a man struggling between complicated choices in his life, but the film has an uneven pace that becomes laborious. The meandering is meant to provide a casual drift into this world, but it feels too listless at points and ends up grinding everything to a halt. Some of the stillness is appreciated, but the moments where these profound themes resonate are few and far between the ones which feel indulgent and banal.

Salanic carries most of the film by himself, and it’s an understated performance that showcases a great sense of naturalism. He embodies a character that has both confidence and insecurities in his life, and he conveys this balance quite well. It’s not a performance that’s particularly extraordinary, but there is an innate sensibility that he portrays in this portrait of a young soul trying desperately to maintain the meaningful connections in his life. The same could be said for Herrera, who has charm to burn in every scene he’s in and helps sell the bond between these characters. There’s also an endearing turn from Ana Cecilia Mota who plays José’s mother. She is a devout woman who obviously disapproves of her son’s choices, but still exudes the love she has for him. It’s a familiar type of character, but there’s a unique warmth she manages to bring as well, even though her character could have been more fleshed out.

The film certainly isn’t without its flaws, and the chief among them would be the pacing that borders on interminable. Some indulgences in the story also feel unwarranted. At the same time, the success comes from the character study which explores a specific culture as it relates to personal themes of acceptance and emotional growth, and that’s what truly makes an impact. The performances are quiet yet compelling and help to color this richly textured world. I’m always grateful to see these kinds of stories and I’m comforted to know their output shows no signs of subsiding.