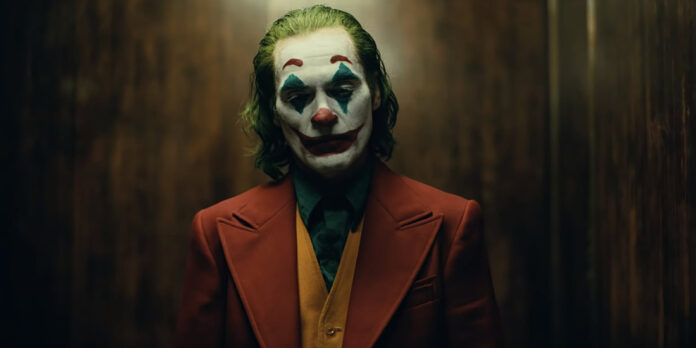 THE STORY – Forever alone in a crowd, failed comedian Arthur Fleck seeks connection as he walks the streets of Gotham City. Arthur wears two masks — the one he paints for his day job as a clown, and the guise he projects in a futile attempt to feel like he’s part of the world around him. Isolated, bullied and disregarded by society, Fleck begins a slow descent into madness as he transforms into the criminal mastermind known as the Joker.

​​​​​​​​I’m not here to talk in great detail about the controversy surrounding “Joker” or some of the poorly worded interviews that have been conducted by the film’s team to help promote it (or in this case, negatively impact it). I am here to talk to you about my experience of watching “Joker” as a movie. And as a movie, it’s a collection of audacious, daring and obsessively bleak parts that depending on your own taste, will either come together to formulate a whole that you enjoy or one which you don’t. And that’s ok. All of the talks about the film’s portrayal of the Clown Prince of Gotham and how it might make us sympathize with him for the wrong reasons or inspire some sort of violent real-world act is nothing new for cinema. However, this is a high-profile film from a very large studio and what might’ve worked in 1976 (looking at you “Taxi Driver”), might not entirely work for our social media crazed and highly sensitive society today in 2019. And that’s once again, ok. The debate will rage on forever about one of entertainment’s most enigmatic characters as this film attempts to give the previously unknown backstory of the Joker, a face. And it’s an ever-smiling face, covered in blood and tears. It never asks us to justify this mentally ill man’s actions. It doesn’t ask us past a certain point to sympathize with him. But it does ask us to understand him and for some, that will be too much. And I must stress again, that is ok. For me, it mostly worked.

Arthur Fleck (Joaquin Phoenix in one of the best roles of his already impressive career) is a citizen of the fictional Gotham City. He lives with and takes care of his mom (Frances Conroy), in poor working-class conditions as the city’s ever-growing class divide grows. Living off of seven medications a day, with a “condition” which causes him to uncontrollably laugh at random moments, Arthur is a mentally ill individual who the city and those in power who can help the less fortunate have completely disregarded. Working as a clown, with hopes of being a stand-up comedian, Arthur’s life continues to spiral downward until eventually a breaking point is reached and he begins to embrace his true self: the unhinged and diabolical criminal anarchist known as Joker.

“Joker” is a comic book film based on the most famous comic book villain of all time. However, Batman does not make an appearance in this movie. Bruce Wayne, as a young boy does (Dante Pereira-Olson), as does his father Thomas Wayne (Brett Cullen in a more unsympathetic interpretation of the character than we are used to seeing), but that’s where the comic book ties end. There are no supervillains. No heightened sense of fantasy, or super explosions and action setpieces. This is a grounded, gritty and disheartening film. Sometimes overwhelmingly so, as the character initially attempts to bring joy and laughter into the world, “Joker” has no such intentions.

One cannot talk about “Joker” without first acknowledging the truly astonishing, awe-inspiring and committed performance from Joaquin Phoenix. Whereas Heath Ledger’s Joker from “The Dark Knight” was a larger than life performance, the likes of which we had never seen before, Joaquin Phoenix’s iteration of the character is a sadistic, painful and all too real performance of an actual human being who has been suffering for years and years at the hands of a society that has completely abandoned him. Tragic and highly detailed down to the very last blooding curdling glance of his eyes, Joaquin completely throws himself into the role combining the physical and unpredictable qualities of his performance as Freddie Quail in “The Master” with the painful sadness of his work in “Her.” The physicality and dedication he displays in his dancing, running and overall body language captures the wild flamboyance of the character and just goes to show you that Joaquin has thought of everything when it comes to this character. That it can derive an equal amount of curiosity and introspection despite such a disgusting and deplorable character arc, is a testament to his humane performance that never lets us forget that this was once a man, who like his arch-enemy Batman, becomes a symbol greater than himself.

The imagery conjured up by cinematographer Lawrence Sher on the large format cameras is both striking and iconic as he captures a city that isn’t heightened like Tim Burton’s “Batman” but is instead eerily similar to our own. It looms over Arthur, with such ominous weight, a feeling that only these types of cameras could catch. There are some images in “Joker” which will haunt my mind forever, as Todd Phillips forces us to watch the moral decay of not just his protagonist but of the society that created him. The disturbing score by Icelandic cellist (and now Emmy winner for HBO’s “Chernobyl”) Hildur Guðnadóttir is one of the best I’ve heard this year as it captures the depressing and unsettling mood of the film with minimal orchestrations but with immense dynamism within that simplicity. Even if I was at times put off by the film’s hindering storytelling, Joaquin’s extraordinary performance and these two phenomenal and integral technical aspects kept me transfixed and utterly speechless by the end.

The screenplay by Phillips and Scott Silver is easily the film’s weakest aspect as it presents more questions than answers, which will undoubtedly frustrate many viewers, especially those not wanting to explore such troubling themes in the first place. All of the real-world debate about the film’s ability to possibly influence some sort of violence is the exact theme which the film itself is touching on. In that regard, it is ugly and difficult subject matter for any filmmaker to broach as they try to make sense of the senseless. “Why does anyone do anything?” one character asks at one point in the film. The film tries to have it both ways as it attempts to show the factors that lead to the Joker’s origin, while also keeping it all vague enough to lead to further discussion. This can be quite fascinating and infuriating at times, as I wish I personally had an answer to the discourse. I wish I had an answer which could bring us all to a level of peace and understanding. However, that is not something that Todd Phillips’ film provides. It provides nothing but grim anger and anarchy, with no political agenda (except an overt take on class divide). As a result, I do not believe Todd Phillips ever fully quite gets to where he wants the thesis of the movie to get to but its ambiguous nature is also part of its lasting power.

It’s been widely known that Robert De Niro plays a late-night talk show host who is idolized by Arthur, which is an homage to the Academy Award winner’s work in “The King of Comedy,” another Martin Scorsese film with thematic ties to “Joker.” While his presence is indeed a welcome one and helps to lend the film more credibility, it is indeed a meta one that I think shows Phillip’s sleight of hand too much. His Scorsese influence is indeed apparent (as it was in his last film “War Dogs“) and one wishes that instead of leaning too heavily on the works of the past to tell a story about the present, that he would’ve done something a bit more original. Maybe there’s something to be said about how little we have progressed as a society that these stories need to keep being told over and over again for new generations. I know I don’t have the proper authority to answer that but if one wants to take a look outside their window and draw parallels about how the dark times we are living in today are no different than the dark times of the past, something we want to tell ourselves we have moved on from, I’m certainly not going to stop them. However, one must expect a certain level of backlash from those who don’t feel that way and this film has received it in spades, whether you feel it is deserved or undeserved.

There is still so much I have not yet revealed about “Joker.” Zazie Beetz (who plays Arthur’s neighbor in his apartment building) has an entire subplot, even though I wish the film used more of her properly. There are revealing truths about this incarnation of the character which represent brazen storytelling choices for comic book fans who think they’ve seen it all with this character. There are surprises and shocking moments of violence, making this possibly the darkest comic book film ever made. And the period setting of the ’70s (starting with the old school Warner Bros. logo in the opening credits) gives this a distinct flavor which helps to separate it from other on-screen portrayals of Gotham City.

For all of the discourse, “Joker” is an upsetting and thought-provoking work of art that can ignite truly positive conversations, if we apply the right attitude towards it. I cannot prevent someone from taking the film’s stance on societal indecency and classifying it as hero worship, the same way I cannot prevent someone from doing the same with “The Wolf Of Wall Street.” Todd Phillips’ take on the legendary comic book villain crosses a line at one point, where Arthur goes from a sad, tragic and sympathetic character to a morally reprehensible one. However, it is also in this moment that the character fully transforms into the evil, crazed lunatic that we know him as today, and the film treats it as both honestly awful and personally freeing. Your reaction to it will vary but hopefully, we can prove this film’s stance on society wrong and come together to have a meaningful, respectful conversation about it, as we seek to understand the ailments of the world and find a solution to make it a better place.