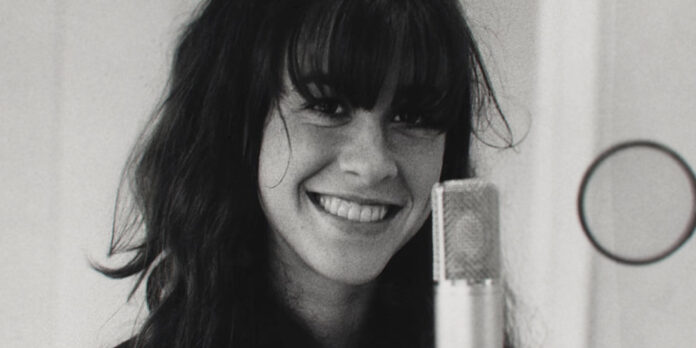 THE STORY – Documentary centers on the life and work of Canadian singer-songwriter Alanis Morissette.

Almost every young adult who came of age during the mid-to-late 90s bowed at the altar of Alanis Morissette. From her nonconformist attitude to her untraditional wardrobe, Morissette defied all “pop star” stereotypes and appealed to those who ‘didn’t fit the mold,’ giving the underdog a voice in the music world and specifically standing up for women who refused to comply with the societal standards of “sitting still, staying silent, and looking pretty.” Morissette wasn’t afraid to tell society what she thought on any topic, and her hordes of fans admired that honesty. Thanks to both this truthfulness and her signature style, her maverick identity has even inspired rising artists from generation after generation for years, from Avril Lavigne to Katy Perry to Olivia Rodrigo – simply put, she’s essentially responsible for creating an entirely new sound for female artists. Still, despite all she has done for the music medium, it is easy to overlook her contributions to the industry – and that’s exactly what Alison Klayman’s “Jagged” is here to remind us of.

Recounting the beginning of Morissette’s career and the production of her third album “Jagged Little Pill,” “Jagged” peels back the curtain on Morissette’s climb to fame, never shying away from the struggles that followed her as she fought to make a name for herself, from the brutal expectations for her body image to the sleazy attention from male suitors who were sometimes nearly twice her age. And, despite all the success she achieved, it has been forgotten just how mean much of the mainstream media was to her. From teasing her for her so-called “transgressive” personality and writing her off as yet another “angry little teen” with “nothing new to say” – comments that are still given to young stars (and most often to female stars) today. Regardless, Morissette admirably pushed past all those who doubted her or tried to tear her down by channeling all of her emotions into her art and delivering what is now widely regarded as one of the greatest albums of all time with “Jagged Little Pill.” The album went on to sell over 33 million copies worldwide and earned Morrisette the Grammy for Album of the Year.

“Jagged” isn’t a documentary that is going to shock or surprise you with its storytelling or structure. Still, none of that matters here – if you’re watching, you’re likely a Morissette devotee, like director Alison Klayman. You’ll be rewarded handsomely with insightful interviews from the star herself, thrilling footage from the “Jagged Little Pill” world tour, and sweet secrets of Morissette’s songwriting process. It’s clear from the get-go that this is a film made by a fan for fans, and that fondness is suffused into every frame of the film, passionately painting a reverential picture of the voice of a generation. In particular, some of the best moments are when Klayman takes the time to dig deep into the history behind each of Morissette’s best songs (“Hand in My Pocket,” “Ironic,” and, of course, “You Oughta Know”), peeling back the layers of her brilliance and additionally analyzing each tracks’ impact (with all the raves for the revolutionary “You Oughta Know” from the likes of Shirley Manson and Kevin Smith being a notable highlight). And, for those who were never able to attend an Alanis concert live, the footage does an excellent job immersing us in that exciting environment and illustrating what a tour de force she truly was.

However, it is not all “rainbows and butterflies” throughout “Jagged,” as Klayman isn’t afraid to interrogate the ills of the industry in equal measure, conveying the occasionally dark cost of a career like Morissette’s. The cruel comments about her weight and body shape are nauseating – if expected – as are her managers’ actions to make her a more ‘appropriate’ size. And this is to say nothing of all the men who took advantage of a young and vulnerable rising female artist, with Morissette going as far to label them as “pedophiles,” referencing to sexual encounters she had at age 15 – an age where it is impossible to consent to anything legally. Morissette seems to have wanted to distance herself from some of her more controversial claims lately. Still, her candor here is nevertheless commendable, as she comments on the pain that has continued for years and affected many artists, as few refuse to call out this behavior or attempt to stop it (which Morissette mentions when she states that her initial cries for help fell on deaf ears). All of these revelations add even more meaning to her work, shining a light on the strife we never saw.

Some may be disappointed that “Jagged” limits its scope by solely covering the creation of “Jagged Little Pill” and merely summarizing the rest of Morissette’s career in the last five minutes. Still, there is enough material from these two years (1995 and 1996) alone to fill a film twice this length. So the fact that Klayman and company can so effectively cut down to an enlightening and entertaining 100-minute feature is no small feat. Somehow, she’s able to offer a comprehensive look at Morissette’s life, an indictment on an often-sexist industry, and an array of additional amusing anecdotes (usually coming from Morissette’s boisterous bandmates) in such a short amount of time while still never seeming rushed or leaving any major moments out. For Alanis admirers, “Jagged” is a must-watch, but viewers of any familiarity with the artist will find the film particularly fascinating as well.