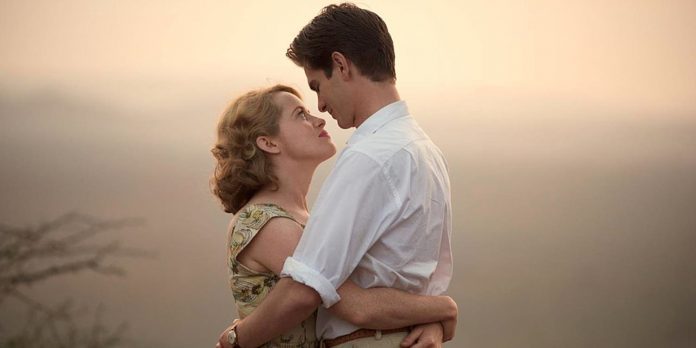 Throughout the years, one of the most persistent criticisms of the Academy Awards is that they fall for so-called “Oscar Bait”. Too often we’ve seen the Oscars award a film that fits more closely with their traditional style than something more unique or daring. But as time goes on and a wider variety of films position themselves for Oscar campaigns, we have to ask: Is Oscar Bait dying?

“The King’s Speech”, “The Artist”, “12 Years a Slave,” and even “Spotlight” are great recent examples of Oscar Bait. Traditional characteristics of these bait-y films include epic or lavishly produced period dramas or biographical films, movies dealing with a touchy political or social topic, characters that have physical or mental disabilities, musicals, war films, or films about filmmaking or Hollywood. The films typically have a cast and crew made up of previous Oscar nominees. Because it’s fairly easy to spot a film trying hard to score Oscars, this has become a familiar joke over the years, and even a point of anger to some. Of course, just because a film meets the definition of Oscar Bait, that doesn’t mean it’s inherently a bad movie.

This year, as awards season is underway, no real frontrunners have emerged for Best Picture. We have a few “bait-y” titles in the mix, but this year they feel less likely to take the big prize. “Darkest Hour” is a period biographical war film starring Oscar nominee Gary Oldman. “Stronger” tells the heroic story of a man who lost his legs in the Boston Marathon Bombing. “Dunkirk” is another period war film. “The Post” is a period drama about the Pentagon Papers and stars a slew of Oscar nominees and winners. While it’s still possible for one of those to win Best Picture, films that seem less like Oscar Bait are getting lots of attention. “The Shape of Water“, while it is a period drama about a woman with a disability, tells the story of the woman falling in love with a fish creature, including a fish sex scene. Not your typical Oscar fare. “Three Billboards Outside Ebbing, Missouri” is a dark comedy full of strong language and doesn’t really check any of the typical bait boxes. “The Florida Project“, is a very small film following a young girl living with her mother in a motel. I could go on with the other films in contention, but the crop feels somewhat unique for an Oscar season.

Another film vying for Oscar gold is Andy Serkis’s “Breathe”. When the trailer arrived online, it was immediately met with jokes about Oscar Bait. It checks off multiple boxes: a character with a disability, period drama, biopic, starring recent Oscar-nominee Andrew Garfield. To many, it looked silly, as though it was trying too hard to get awards. Audiences seem to be seeing through the tactics of trying to win Oscars, but audiences don’t vote for them. Will the Academy still vote for Oscar Bait?

Well, though “La La Land” seemed like a surefire Best Picture winner (A musical about Hollywood, double-whammy), “Moonlight” won at the last second. Though it dealt with a touchy social topic, it didn’t really check off any of the normal boxes. I would argue that Oscar Bait isn’t dying, it’s merely changing.

As the Academy’s membership and diversity increases, naturally the tastes would change with it. Though we’ll still see films like “Darkest Hour” and “The Post” in contention, we’ll also get a different sort of film that aims for gold. Smaller and smaller films are scoring nominations and wins, especially from studios like A24. That starts to change the definition of Oscar Bait, so that even before the film came out we knew that “The Florida Project” should be on our radar, not because it checks the “traditional boxes,” but because it checks some new ones: small indie film from an Oscar-winning studio, starring an actor “overdue” for his win.

As long as there are Oscars there will be Oscar Bait. Still, tastes change over time for audiences, critics, and Academy voters alike. Don’t count out a film simply because of perceptions of what the movie could be. Though we still don’t have too much of an idea of what will win Best Picture this year, one thing’s for sure: Oscar Bait isn’t what it used to be. It may not be entirely dead though. Biopics where the lead character must overcome a disability, is considered by many to be “inspirational” and has resulted in wins for Eddie Redmayne, Jaime Foxx and various others in recent years. Simply put, the definition might just be changing.

So what do you think? Will the Academy still vote for traditional Oscar Bait? Are the days of those films such as “The English patient” sweeping and winning 9 Academy Awards over? Are you glad the definition might be changing? Tell us what you think!