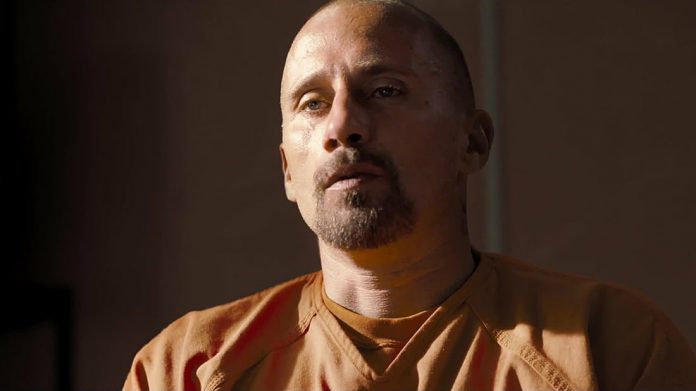 ​Laure de Clermont-Tonnerre’s debut feature film “The Mustang” premiered earlier this year at the Sundance Film Festival. We were lucky enough to chat with her about the film which can be read below.

​
Tell me about adapting a French short film about a woman caring for a rabbit into essentially an American Cowboy film.

“Rabbit” was portraying this woman connecting with a rabbit and learning to be a better mother. There’s something so vulnerable about a man learning to be a father. I related to the character and the vulnerability. I’m not a man. I’ve never been to prison but weirdly enough, I know about imprisonment. At least emotionally. You never really write about a subject by coincidence and there was something here I connected to.

Can you tell me about the difficulty of making your protagonist someone who is very flawed? Someone who has hurt women and asking us to sympathize with him.

My experience going to prison and interviewing these men was that they were often charming, interesting and smart, and then I would learn what they were doing in prison and I was like “what now…do I give them a second chance? So it was tough taking this character from numbness to awareness, making you care about him, knowing at the end you’ll have to ask yourself “do I keep sympathizing with him?” Do you learn to love him as he learns to love? Personally, I want to give him a second chance.

Psychopaths and sociopaths are something else…people who don’t have empathy. But I’m focusing on people who can learn to love here. People capable of empathy and compassion. That’s who I was interested in portraying.

I’ve always been fascinated by the differences in prison systems. In some places, there is a focus more on education than incarceration. And certain places in the west where these programs are, that’s the focus; education. And with mass incarceration, I feel there’s this huge issue with abusing the system, getting so much money. In France, it’s so different. Sentences are so much shorter. I wish prison was more about giving people the tools for their futures to resurrect the good inside of them, to know that they are not monsters but people because you can’t control everyone’s tendencies.

How did you choose Matthias Schoenarts, this Belgian actor to portray an American Cowboy?

I was looking at American actors first of course. Although I came to realize there are a lot of foreign men in Nevada prisons…lots of South American men. I knew I wanted someone really physical but also extremely sensitive. I was familiar with Matthias Schoenarts’ work before, but when he auditioned, he started speaking English without an accent. I realized, even though this is kind of an American story, I’m not going to stop myself from working with this man just because he’s not American. Especially because this story is about America, but it’s also sort of a universal story about all men. I had the character of Roman in my head and as soon as I sat down with him, I immediately found Roman with him.

​How did you choose the name Roman Colman?

I love Roman as a name. Colman law is actually a justice system. And there was something interesting about Bruce Dern making fun of his name and of his identity.

I first noticed him in “Straight Outta Compton.” We sat down together. He was very personable and he also knows a lot about the justice system. He brought a very physical and lively presence to the film.

What is it about movies with men on horses in the last couple of years?

A powerful theme with horses is that you have to earn their respect. I’ve really come to learn this as a horse owner.

Oh, you have a horse?

I adopted the horse from the film actually. He lives with me in Los Angeles. There’s a truth and honesty a horse can bring you. It can mirror your nature and reveal who you are. It works as such an excellent metaphor for nature.

Tell me about working with composer Jed Kurzel.

I wanted to work with him because I loved his score in “Slow West.” He can bring just so much uniqueness and originality to any story.

There’s a play I directed years ago called independence. It’s about this woman who has three daughters and doesn’t want them to leave the house. She’s a recluse. It’s about female insanity. So that’s the next one I’d like to make. I’m done with acting unless there’s an amazing opportunity. Maybe in 10 years, I’ll return if I get my dream role. I would love to play Lady Macbeth down the line. So I would do that?

“The Mustang” is now playing in select cities. Check out the trailer below.