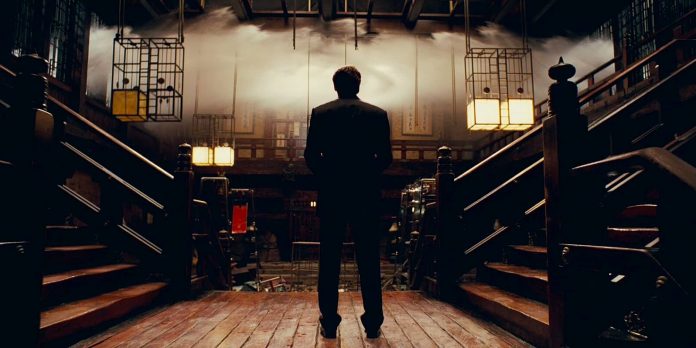 ​As we await the release of “Tenet,” we’re going to be looking back on some of Christopher Nolan’s films and the one that most recently has had a lot of discussion around it is “Inception.” Arriving in theaters a decade ago, it represents a crucial point in the his filmography. It’s the film that marked his transition from blockbuster specialist to bona fide visionary, and it did so by fusing the intricacy of his original material with the commercial sensibility of his “Dark Knight” series.

In its simplest form, “Inception” is a heist film. A team of thieves known as “extractors” are called upon to enter the subconscious of a businessman, Robert Fischer (Cillian Murphy). They intend to convince Fischer that he should dismantle his father’s empire, but the process of implanting an idea, or “inception,” has never been successfully done. To further complicate matters, Fischer’s mind has been trained to defend itself, meaning the team must complete their mission without falling into limbo.

In its most complex form, “Inception” is an exploration of memory and how grief can affect our relationship with the past. The leader of the team, Dom Cobb (Leonardo DiCaprio), is psychologically stunted by the death of his wife, Mal (Marion Cotillard), and his inability to let go has led him to recreate her essence in dream form. It’s a perverse notion, but a painfully human one, given the universality of loss and the longing to preserve that which once made us happy. Unfortunately, Cobb’s compromised state allows the faux Mal to gain control, and she begins to corrupt the other parts of his subconscious. The film intertwines the character’s internal and external struggles so that one cannot be resolved without the other. To properly carry out inception, Cobb must learn to relinquish the memory of his wife and make peace with his trauma.

Nolan pulls influence from a wide range of titles, including Josef Rusnak’s “The Thirteenth Floor” (1999) and Satoshi Kon’s “Paprika” (2006), but he manages to outdo them all with a string of meticulous, mesmerizing visuals. The botched heist that opens the film culminates with an indoor tidal wave, while the climactic visit to limbo presents a crumbling, unending cityscape. Perhaps most impressive of all is Nolan’s ability to juggle multiple dream levels simultaneously. As the team delves further into Fischer’s mind, the repercussions of one level affect the other, leading to increasingly surreal conditions. The best example of this is the hallway fight where an overturned car on the top level transforms the simple brawl into a zero-gravity ballet. Nolan has continued to up the ante when it comes to practical effects and large-scale action, but “Inception” remains a standout due to its imaginative execution.

Crucially, these surreal flourishes don’t extend to the script. Nolan dives headfirst into the visual impossibilities of the dream world, but he carefully lays down rules and limitations as a means of grounding the narrative. It’s a clever tactic given the practical mindset of the characters, many of whom make a living by being able to distinguish fantasy from reality. If they were to lose sight of the difference, they would be as good as dead. Nolan manifests this fear through the “totem,” which is an object used to determine if a character is truly awake. In a film where trains level city blocks and entire buildings fold in half, it’s telling that the tensest scenes are the ones in which a dazed Cobb stares at his spinning top.

Nolan spends a large chunk of the runtime on the construction of the heist, and in doing so, he invites a secondary reading of the film. How Cobb and his team operate is analogous to a director and his crew, from the scouting of locations to the casting of certain members as fictional “characters”. The dream world they create is meant to dazzle and confound Fischer, much like a film is meant to dazzle and confound an audience. The dream as film allegory is the most obvious signifier here, given Hollywood’s reputation as the ultimate “dream factory”. It not only serves as clever subtext, but it feeds into the larger theme of manufactured delusion.

​More than any other Nolan film, “Inception” thrives on the chemistry of its ensemble cast. The proximity of the characters allows them to develop a highly engaging rapport, whether they’re bickering or scrambling to think of a quick fix. Ellen Page and Joseph Gordon-Levitt bring warmth and specificity to their given roles, while Cillian Murphy strikes a delicate balance between hubris and heartbreak. DiCaprio adopts the stoic facade of the Nolanian man, which makes his sudden emotional outbursts all the more devastating. Then there’s Tom Hardy, who plays the team’s charismatic forger and steals virtually every scene he’s in. He recites each of his lines as though he’s resisting a smirk, and his ribbing of Gordon-Levitt brings some welcome levity to the table without feeling forced.

Also worth noting is the film’s masterful handling of exposition. The script is packed with wall-to-wall information about Cobb’s past and the rules of the dream world, so the fact that neither bog down the momentum is a testament to the clever staging and imaginative settings. Nolan can sometimes go overboard when it comes to verbalizing character motivation, as evidenced by the finale of “The Prestige” (2006) or the worst parts of “The Dark Knight Rises” (2012), but here, he dishes out revelations at precisely the right moments.

It’s impossible to discuss “Inception” without addressing its ending. Cobb returns home and reunites with his children, but the totem he places on the dinner table continues to spin. It topples ever so slightly and then the film cuts to black. Is he still dreaming? Has he given in to his delusion? I have always been wary of the fact that Cobb’s children look exactly as they do in his memories, right down to their clothing, but there’s an equally strong case to be made for him being awake. Nolan loves to leave audiences on an ambiguous note, and given the decade-long debate this ending has sparked, we consider it to be his most effective yet.

“Inception” is the quintessential Christopher Nolan experience combining classical influences, nonlinear storytelling, and technical mastery to create something that’s appreciated by casual moviegoers and cinephiles alike. It’s a high-water mark for genre filmmaking, and the bar by which every future Nolan release will be measured, including the upcoming “Tenet.”

What do you think of “Inception” 10 years later? Are you excited for “Tenet?” Do you think it will be released in 2020? Let us know your thoughts in the comments section below or on our Twitter account.