In Defense Of “Interstellar” 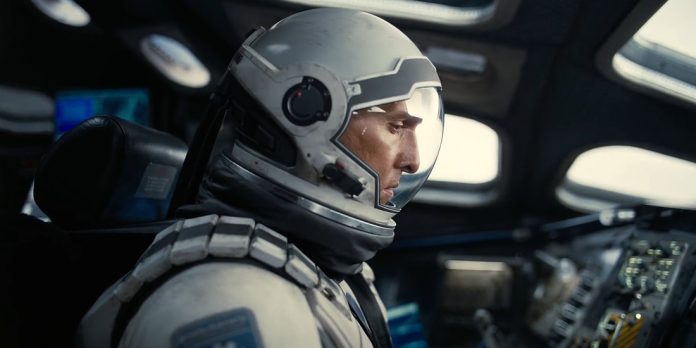 ​Christopher Nolan is a filmmaker who has garnered mass commercial success with his films, along with copious amounts of critical praise. Whether you are a fan of the “Memento,” “Insomnia,” “The Prestige” style of Nolan, or “The Dark Knight” trilogy and “Inception” side of Nolan, he has a lot to offer. Nolan isn’t someone we typically think of in terms of directors who create introspective movies. Nolan incorporates important themes that shine through but he doesn’t tend to explore them to great depths as other filmmakers would. With his latest project being released sometime this year – July according to the studio – it seems that Nolan will follow this trend. Large scale, grand scope, big picture storytelling that still have real-world connections.

Nolan isn’t a director who could be classified as “underrated.” The praise and monetary success he has created is impressive. However, he has made a couple of films that I would lob into the “underrated” category. One of the first ones that come to mind is the Al Pacino lead “Insomnia.” But the one that I think tops this sort of “underrated” list, is one that many people still argue over till this day: his science-fiction epic, “Interstellar.”

​The Next Best Picture team recently revisited the film for their 2014 retrospective but I wanted to offer up on my own thoughts here. “Interstellar” is the story about a world that’s similar to ours and that we might not be too far from. Earth is dying, running out of food, and the human race won’t last much longer. In a last act of desperation, what’s left of NASA recruits Cooper (Matthew McConaughey), a former pilot for NASA, to pilot a spaceship through a wormhole into another galaxy. The goal is to find another planet that can inhabit the human race before they perish.

The first thing that comes to mind, and is probably the most striking about the film, is its scope. It’s a sci-fi story that feels as massive as the universe it explores. With the constantly changing aspect ratio, the practicality of some of the effects like the use of miniature models for the ships in certain scenes, and the booming and spine-tingling score from Hans Zimmer, “Interstellar” is a film that seems so massive it feels like it’s breathing the same air we do.

One thing that makes Nolan’s feature feel alive is its use of the ticking clock. This comes across as a major plot point in the story and is even used intermittently in Zimmer’s score. As time passes while searching for a new home to inhabit, you can feel the weight of the situation. Each second that passes feels like it carries the weight of humanity as a whole because well…in this story, it does. The pacing helps us as an audience feel this weight and this is of course accompanied by the score. There are chunks of scenes in “Interstellar” where the characters are on other planets where time flows differently and it feels like certain shots or edits take just a little bit longer. The ticking clock is put on an incredible display. 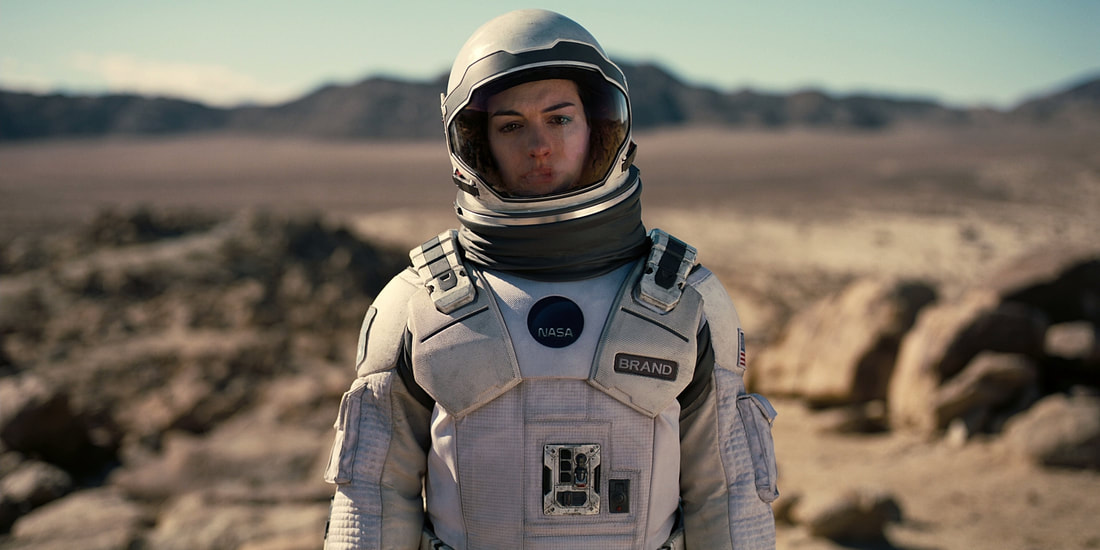 The visual aspect of “Interstellar” is striking – it’s a Nolan film after all. The scope of everything is impressive enough, but being able to compartmentalize all of the visual anomalies into single scenes is stunning. The shots of space, the vast never-ending darkness staring back at the audience is almost alarming. Staring out at the abyss, and staring at what could be the possible future of our existence, Nolan and cinematographer, Hoyte van Hoytema, succeed in making each moment carry the severity of the situation the film presents. The visuals are as striking as the story and compliment the bold storytelling leaps with equally bold visual leaps.

“Interstellar” might have one of my favorite film scores ever crafted. A majority of the pieces were composed and performed on an organ. That powerful sound rings through in every scene that it’s used in and quite literally brings a tear to my eye when I hear certain pieces. Not only does the score help broaden the scope of the film, but as I’ve mentioned with other aspects of the filmmaking, it adds to the gravity; the gravity of the situation the film finds itself in, which leads to my absolute favorite aspect of the project.

“Interstellar” reaches a much more introspective level than most Nolan and sci-fi films. It has the depth that we rarely get to see, not only from Nolan, but the genre also. The heart of the story is to try and save the human race, but if we look a little more at what’s happening, it’s what would inspire us to save humans. Can we cast aside the inherent selfishness of being a human to save other humans? Well, no. I don’t think Nolan gives a solid answer to that question. It instead proves a scientific way that the human race can be saved, but not necessarily through casting aside our selfishness to do so.

​While that might be the more grim theme of the story, the brighter one is something simple: Hope. With the world dying and everything slowly slipping out of our fingers, the characters of this world still were able to keep hope; hope that their mission would be a success and that they would find a new home for all of us to live. Reminding us that hope is one of the most powerful emotions we can experience. The final shot sends this message through the roof and sends the viewer into a whirlwind of emotions.

“Interstellar” is a deeply personal film and is quite possibly in my top five favorite movies ever made. I adore it, but I can understand why some people aren’t a fan. The final act goes off the rails and threw me for a loop my first few viewings. But there’s something about Cooper being inside the tesseract library at the end that brings the entire story full circle. A film that encompasses all of humanity ends by being solved in a place unfathomable by humanity and somehow, that oddly fits. “Interstellar” is Nolan’s most ambitious piece of work, one of his best works and one of the best sci-fi films made in a long time.

What do you think of “Interstellar?” When was the last time you watched it? Has your opinion changed over the years? Listen to the NBP Team’s podcast review of the film for their 2014 retrospective here and let us know your thoughts in the comments section below or on our Twitter account.