How To Look At Best Adapted Screenplay This Year 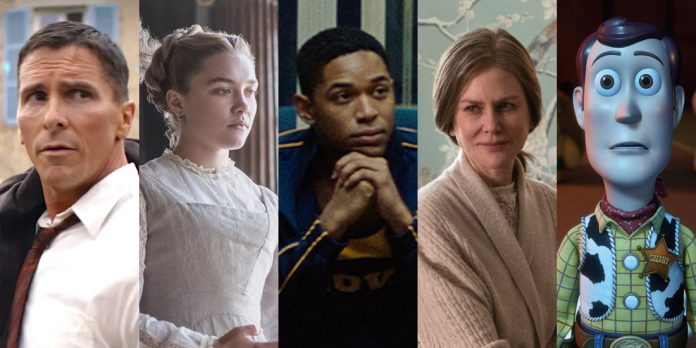 ​It is the time of year when the conversation for the upcoming Oscar season begins. Best Adapted Screenplay is a nuanced category with much to consider as it relates to the source material: Who is doing the adapting and what is the film’s overall performance in the race? We focused this evaluation on the film years of 2010-2018 resulting in a data set of 45 films that will help create an understanding of recent precedent and trends in this important category and, most importantly, what it means for the 92nd Academy Awards.

WHAT IS THE SOURCE?

All adaptations begin with the source. Several trends that are worth consideration have emerged this decade related to source material and performance with the academy.  We have chosen to break the films down into four source types to include novel/memoir, stage, previous film/tv material and other.

Novel/Memoir
This breakdown illustrates novel/memoir adaptations as the predominant source type accounting for 71% of the nominees. Respectively, 66% of the winners in the adapted screenplay category were awarded the Oscar. The two films that won both Adapted Screenplay and Best Picture (“Argo” and “12 Years A Slave”) were both adapted by screenwriters for the screen from this medium.

2019 Considerations
There are several contenders in consideration for nominations this year that are adapted from novels, including but not limited to “Little Women,” “Goldfinch,” “The Laundromat” and “The Last Thing He Wanted.”

Stage
There are four nominees in our field that were adapted from stage to screen (9% of the field). This includes “The Ides of March,” “Beasts of the Southern Wild,” “Fences” and 2016 Best Picture Winner, “Moonlight.”

2019 Considerations
“Luce” is based on a stage play by J.C. Lee who is also credited, along with director Julius Onah with the screenplay.

Previous Film Material
Four nominees in this field (9%) were adapted from prior film/tv material to include “Toy Story 3,” “Before Midnight,” “Whiplash” and “A Star is Born.” These entries seem to cause the most confusion about the categorization of adaptation versus original content.  The first two films in the list represent examples of the screenwriters using their own previous works to create what the academy defines as an adaptation. What causes confusion is that in the case of “Toy Story” and “Before Midnight” the resulting script is still, in fact, an original story and not a retelling of the film that is credited as its source. In the case of “Whiplash,” Damien Chazelle adapted a feature-length screenplay from his own short film. Last year’s “A Star is Born” is the only nominee in this field that was an actual retelling of a prior film. Worth noting is that none of these films went on to win. By crediting these as Adapted Screenplay, it opens up the Best Original Screenplay category to recognize current and unique storytelling lending to increased diversity of films recognized in both categories.

2019 Considerations
“Toy Story 4” will be eligible in the Adapted Screenplay category and could potentially grab another nomination for this beloved series. “Downtown Abby” is adapted from the television series and may contend as a nominee in the category, but not likely to win.

Other
This category includes alternative sources, which in the case of recent nominees includes short stories and comic book adaptations.  What is fascinating about adaptations of this type is the varying degrees of deviation from the source material that can occur. For example, last year’s nominee “The Ballad of Buster Scruggs” was an anthology with only one part of the anthology being credited to a prior source, with the rest of stories in the film being original storytelling from Joel and Ethan Coen. The film “Arrival” was adapted from a short story by Ted Chiang, however, much work and creativity by screenwriter Eric Heisserer was needed in order to build a feature-length film from this source. Alternatively, in the case of “Logan,” director James Mangold and the screenplay team sorted through endless amounts “Wolverine” comic book content to build the story that the film wanted to tell.

2019 Considerations
The fact that these loose adaptations are yet to be recognized with a win may imply some hesitation by the Academy to reward them with the grand prize.

Directors
Director participation in the adaptation process is important to consider as we evaluate trends for the decade. With growing recognition and support of auteur directors who participate both in the story development and direction of the film, we have seen a shift in how these films perform with the academy. Of the 45 nominees,  47% have director participation involved with the adaptation process. In the last two years of nominees, 80% meet the criteria above, clearly signifying an important shift in the category.  The two exceptions are “The Disaster Artist” and “Call Me By Your Name.”

Director involvement bodes well for wins in this category as is the case of Alexander Payne’s “The Descendants,” Adam Mckay’s “The Big Short,” Barry Jenkin’s “Moonlight” and Spike Lee’s “BlacKkKlansman.” All four won the Adapted Screenplay category in their respective years. What becomes difficult to judge is how much the wins are truly recognizing the quality of the adaptation or if it a desire to reward these auteurs that may not be recognized in the director category with a win or nomination. This is especially interesting given that all four examples credit additional sources for support of the screenwriting process.  There are cases of the director having sole adaptation credit but not a win, to include the Coen Brothers for “True Grit” and “The Ballad of Buster Scruggs,” David O’Russell “Silver Linings Playbook,” Paul Thomas Anderson “Inherent Vice” and Barry Jenkins “If Beale Street Could Talk.”

2019 Considerations
James Mangold, director of the upcoming “Ford v Ferrari,” is a previous nominee in the category for his work on “Logan” and is credited with the screenplay for this adaptation. Destin Daniel Cretton director and writer of “Short Term 12” and “The Glass Castle” is handling the adaptation for his new film “Just Mercy.” Greta Gerwig and Dee Rees are both directing and adapting their 2019 films “Little Women” and “The Last Thing He Wanted” respectively. Greta Gerwig was nominated for her direction of “Lady Bird” along with Best Original Screenplay. Dee Rees was nominated for her adaptation of “Mudbound.” It is looking highly likely, that directors will play an important role in this category this year.

Original Source Authors
There are only five nominees in the field that had the original author involved in the adaptation process. This includes “Beasts of the Southern Wild” and “Fences,” both adapted from the stage as well as the two aforementioned “Whiplash” and “Before Midnight” that were adapted from the artists own previous work. The only novel adaptation in this field that was adapted by the original author of the novel is “Room” by Emma Donoghue. The noted snub of the adaptation of “Gone Girl” from novel to screen by original author Gillian Flynn would have been another entry in this field if it had been nominated. None of the films above went on to win the category prize in their respective years.

Screenwriters
There is still plenty of room in this field for the screenwriter.  More than half of the winners have only the screenwriter credited. Although director participation and credit in the screenwriting process has increased, the academy still looks to recognize those who focus as noted screenwriters in the industry.  Aaron Sorkin won for “The Social Network” and also secured a lone nomination for the film “Molly’s Game” later in the decade, which he also directed. Chris Terrio of “Argo” and John Ridley of “12 Years a Slave” won the Oscar while their films went on to win Best Picture. Graham Moore of “The Imitation Game” and James Ivory of “Call Me By Your Name” also secured wins and saw their films nominated for Best Picture.

2019 Considerations
Peter Straughan, previously nominated for his adaptation of “Tinker Tailor Soldier Spy” adapted “The Goldfinch” directed by “Brooklyn’s” John Crowley. Screenwriter, Scott Z. Burns wrote the adaptation for “The Laundromat” and holds other notable credits including “Side Effects,” “The Informant” and “Contagion.”  Previously nominated Oscar alumni, Steve Zaillian is handling the adaptation for Martin Scorsese’s film “The Irishman” and is a likely nominee and potential winner based on historic academy trends.

WHAT ABOUT A BEST PICTURE NOMINATION?

It is not surprising that 34 of the 45 films (76%) in the field over the 9 years were also nominated for Best Picture. What is intriguing is that the trend in 2017 and 2018 shows only 40% also nominated, signifying a drastic shift. That said, the winners of those respective years “Call Me By Your Name” and “BlacKkKlansman” did have a nomination for the big prize.

2019 Considerations
This trend tells us that although we are seeing a significant change in Best Picture influencing the nominees in the category, it seems to be heavily weighted when selecting the winner.

WHAT ABOUT LONE NOMINEES?

There are also a handful of outlier nominees that were ONLY nominated in the Adapted Screenplay category. These films include “The Ides of March,” “Before Midnight,” “The Disaster Artist,” “Logan” and “Molly’s Game.” And although they did not win, the nomination did create added credibility and consideration for these films in their respective years.

What are your predictions for this category so far? We want to hear from you. Let us know in the comments section below or on our Twitter account.