How The 1941 “Dumbo” Almost Didn’t Fly Into Theaters 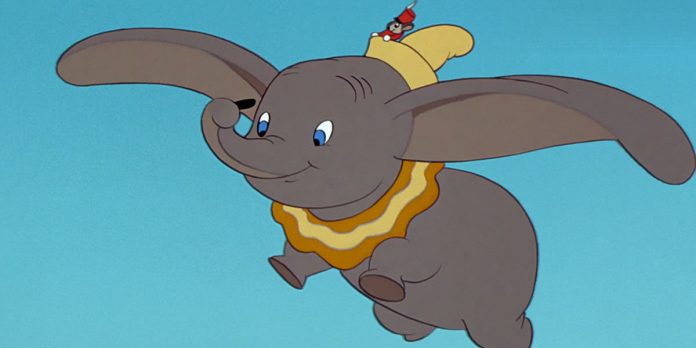 Walt Disney’s live-action version of the animated 1941 classic “Dumbo” is now open in theaters and it has prompted many of us to revisit that original film and relive some of its many pleasures. Who among us was not been upset when we first saw Mrs. Jumbo being separated from little Dumbo and taken away being labeled a “mad elephant”? Or cried when mother and son are momentarily reunited in “Baby Mine”?

How strange to think that the feature film we know and love, however, might not have even made it to theaters.

​By the end of 1940, Disney films were in financial trouble, partially due to the war raging in Europe. That year’s February release, “Pinocchio,” was to say the least a box-office disappointment, particularly after the smashing success of 1937’s “Snow White and the Seven Dwarfs.” Although costing twice as much as “Snow White,” “Pinocchio” had grossed only $1 million by year’s end though the film cost $2.289 million to make. And November’s “Fantasia” did even worse, thanks not only to the film’s price tag but also to Disney’s costly decision to make the film an event by installing “Fantasound” audio systems in those theaters playing the film. So by then RKO Pictures, which distributed Disney feature films at that time, was in no mood for another Disney flop.

The story for “Dumbo” was first brought to Walt by Kay Hamen, Disney’s head of marketing, who thought the tale had some possibilities, and Disney readily agreed. The trick was to sell the idea to RKO. Disney’s original plan was to make “Dumbo” as a short subject, but looking at the story again, he realized that a short wouldn’t do the material justice. To make the film more attractive to RKO, he lowered the budget to an economically-feasible $950,000, making recoupment much more attainable.

“Dumbo” began production in the spring when yet another potential roadblock appeared — a strike by the poorly-paid Disney animators, who wanted to form a union. Not surprisingly, Disney himself was adamantly against such a move, even though he had promised the animators handsome bonuses should “Snow White” become a hit, which it certainly turned out to be, but never followed through. A cartoonists’ strike was called against the studio, which Disney saw as a personal betrayal. The walkout lasted five weeks, slowing down or stopping much of the production at Disney.  Luckily, “Dumbo” was not substantially affected, but had the strike gone on longer, the film never would have never met its start date. Once the strike was settled, Disney fired several animators in retaliation and added a number of the strikers’ caricatures to “Dumbo,” portraying them as greedy circus clowns who band together to “hit the big boss for a raise.”

When production was complete, Disney showed “Dumbo” to RKO, and the studio was not happy. Their beef was not with the quality of the product but with its length. “Dumbo” ran only 64 minutes, a length which posed significant marketing problems for RKO. They asked Disney either to add new scenes to lengthen the film’s runtime, or to cut “Dumbo” down to a short subject, otherwise, they would have to release the film as a B-movie.  Disney held firm, and RKO caved, releasing “Dumbo” as an A-title on October 31, 1941. The film went on to great box-office success, reversing the Disney downward slide and was one of only two pre-1943 Disney titles to turn a profit.

Despite its critical and box-office success, “Dumbo” did not stop being a source of notoriety. In his 1968 book “The Disney Version,” author and critic Richard Schickel alleged that the depiction of the crow characters in the film was portrayed as stereotypes of African-Americans.  For example, the leading character of the birds, voiced by the white voice actor Cliff Edwards, had for script purposes carried the unfortunate name of “Jim Crow.” Coming as it did in the midst of the civil rights movement, the charge had a particular sting.

The film, however, had many strong defenders, who cited the fact that the crows were among the few characters who sided with Dumbo just when he needed it; that while Edwards was indeed white, the voice artists of the other crows were African-American, and ultimately that the crows displayed a self-assuredness that was far from the stereotype that Schickel alleged.  In fact, after her induction as a Disney Legend, Whoopi Goldberg cited the crows in particular and urged Disney to merchandise them as part of the “Dumbo” legacy.

It’s quite a legacy to live up to, but here’s hoping that Tim Burton’s new “Dumbo” is up to the challenge.

Have you seen Tim Burton’s version of “Dumbo” yet? What do you think of the 1941 original? Let us know your thoughts in the comments section below or on our Twitter account.