Hollywood’s Spectrum: Exploring The Representation Of Autism On The Big Screen 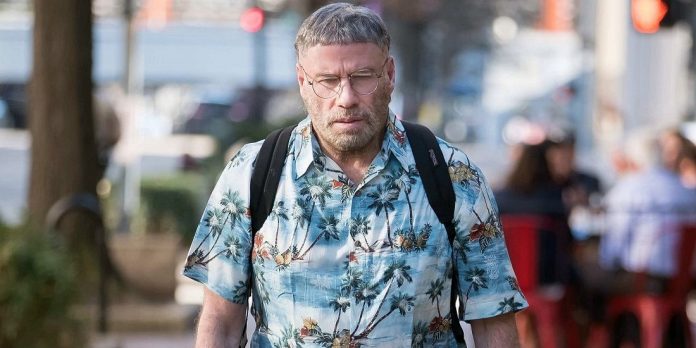 Fred Durst’s film “The Fanatic” is an absolute dud of a movie; it’s a poorly written, poorly shot and poorly acted film. The film earned just $3,153 from 52 theaters in the U.S. on its opening day, making it a US box-office failure. However, the film’s biggest crime is the depiction of autism and reinforcing negative stereotypes of those who have an autistic spectrum condition. In his review for RogertEbert.com, Brian Tallerico describes how “The Fanatic hates fans. It hates actors. It hates tourists, shop owners, and servants. It really, really hates autistic people.” It is a film that presents us with an autistic individual who becomes progressively more mentally unhinged and violent as the narrative unfolds.

Although the character of Moose (played by an over-the-top John Travolta) is never referred to as ‘autistic’ his character certainly displays many of the traits associated with autism. As Gary M.Kramer discusses in his review for Salon, “The film suggests Moose is on the autism spectrum, but Travolta overacts at every opportunity, magnifying every emotion and gestures, such as Moose’s penchant to rock back and forth.”

Many of us probably have heard of autism, but do we know how to define it? According to the NHS website, “Being autistic does not mean you have an illness or disease. It means your brain works in a different way from other people. Autism is a spectrum. This means everybody with autism is different. Autistic people can have any level of intelligence.” Common signs of those with autism included having difficulty being able to communicate with others, having extreme anxiety in social situations, taking things very literally (people with autism struggle with understanding sarcasm), and having the same routine every day and getting very anxious if it changes.

It is clear that Moose has social impairments; he doesn’t cope well in social settings and this is shown in his interactions with other characters, especially in a public setting. Other indicators of Moose having a neurodevelopmental condition, is his difficulty understanding or showing an understanding of other people’s feelings or his own feelings. It is also clear that the character of Moose gets very upset by minor changes and has a routine, this is shown by his reaction to the news of his idol Hunter not turning up to a planned event.

In an interview with Entertainment Weekly, Travolta states that “Moose is a true fan of his favorite artist, and he has a simple quest in life, and that is to collect memorabilia from his favorite artist. If he can’t, he gets upset, and because he’s slightly, maybe, on the special needs spectrum, to some degree, he doesn’t always see the reality that is happening, and because of that he gets in trouble.” So, there is an underlying amount of evidence which points to Moose having a spectrum disorder.

Durst and fellow writer Dave Berkerman seem to indicate that Moose’s neurodevelopmental disorder is what leads to his violent behavior, and while those with autism do make impulsive decisions, and have obsessive tendencies, they tend to inflict violence towards themselves rather than others and this is a reaction to anxiety and being frustrated. Travolta’s performance only reinforces the fact that Hollywood and society have a flawed understanding of autism.

Sadly, “The Fanatic” isn’t the first (and probably won’t be the last) film to depict autism in such a negative light. The representation of autism on screen is something that I am quite passionate about as my cousin has autism and after spending a great deal of time with him, I can see how poorly autism is represented on the big screen.

​The word ‘autism’ is applied so broadly in media that it is hard to define. According to the National Autistic Society,” over 99% of people have heard of autism, but only 16% of autistic people feel the public understand them.” They created the Too Much Information campaign in order to challenge myths, misconceptions, and stereotypes. However, according to the National Autistic society “truly transforming public understanding of autism is a long-term challenge and one that requires sustained activity over many years.”

Perhaps the most well-known autistic character would be Dustin Hofmman’s Raymond in “Rain Man” (1988), and as discussed by Karl Knights for The Guardian, “Before Rain Man, there was no popular conception of what autism looked like, among the public or on-screen. At that point autism was an abstraction, understood only by dedicated parents or specialized clinicians.” However, “Rain Man” actually hindered the public’s perception of autism, as Knights states in his article, “The idea that all autistic people are geniuses, or that they all have savant abilities such as extraordinary memory, is a myth, a myth that is largely alive and kicking today due to Rain Man.”

A study published in the journal Psychiatry Research looked at on-screen representations of characters with a stated autism diagnosis like in the movies “Adam” or “Mozart and the Whale” as well as characters such as Sheldon on “The Big Bang Theory” whose behaviour suggests that he is on the spectrum (e.g. he has an inability to connect to people on an emotional basis, and demonstrates obsessive behavior). The analysis of fictional characters from 26 films and four TV shows, found that portrayals of autism are often unrealistic. Autism can differ from one individual to the next, and if Hollywood only portrays autistic individuals as being high-functioning geniuses or violent, deranged psychotics, it only helps to hinder public awareness of the disorder.

In order to create further understanding of autism spectrum disorders, then we need more autistic characters on our screens. According to Sue Fletcher-Watson of the University of Edinburgh who worked on the study. “These characters should reflect the diversity we see in real life, rather than being artificially built from a textbook diagnosis of somebody with autism.” Research indicates that to use a single term to describe it autism only reinforces society’s aversion to confronting the realities of autism.

Aside from having more autistic characters on-screen, we should also encourage to have more autistic actors on-screen rather than have actors like John Travolta portray autistic characters. One can only hope that we can somehow move past films like “The Fanatic”. It is an absolutely dismal film, and I would recommend avoiding it at all costs. Travolta, Durst, and Berkerman should all be ashamed. Please, do not believe that this film’s portrayal is a truthful depiction of an individual with autism, and those with autism are so much more than just a diagnosis.