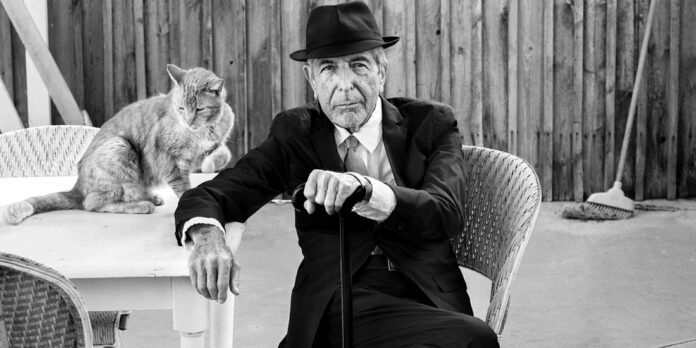 THE STORY – A definitive exploration of singer-songwriter Leonard Cohen as seen through the prism of his internationally renowned hymn, “Hallelujah.”

​​​There’s been quite a lot of attention lately to the subgenre of biopics that center around a famous musical artist. They are often the subject of audience adoration and awards attention, which is a major factor as to why these films never seem to subside. While most entries that people can recall are dramatizations featuring committed physical transformations from actors, the medium of the documentary also hosts many of these kinds of stories as well. The format naturally lends itself to bullet-point storytelling that can glide through significant events in an individual’s life, which can feel even more earnestly earned given the non-fiction framework. “Hallelujah: Leonard Cohen, A Journey, A Song” is another example, though its objectives may have been too ambitious to deliver an engaging spectacle.

As one would imagine, the film examines the life of legendary singer and songwriter Leonard Cohen. In an attempt to tell his life’s story wrapped around a kind of thesis, his most famous song, “Hallelujah,” is presented as a centerpiece of which almost everything in his life revolved. The early years set the stage of his music career that was active decades and laid the groundwork for the emotion he would pour into such a profound work. Once completed, the journey the song takes to become a worldwide sensation eventually is shown to be a slow and arduous process. Cohen’s time in the spotlight featured varying degrees of success, and what is arguably his most renowned work is seen as the lynchpin that informed much of his perspective and artistic expression.

Admittedly, it’s an alluring concept that directors Daniel Geller and Dayna Goldfine have introduced here. Anchoring the narrative around a single piece that has defined the life of an artist and viewing all the important events through that lens could be a fascinating exploration. Unfortunately, much of that potential is squandered for what ends up being a fairly standard execution. Despite this premise, the film mostly goes through the usual familiar hits, casting a broad scope scrutinizing Cohen and his accomplishments. However, even this endeavor is scattershot and meandering. The presentation is ultimately dry and uninspired, with the blunt editing lacking any sense of momentum to build upon intrigue and climax. With obvious and shallow observations being divulged from the interview subjects, there isn’t much here that feels innovative from a story construction standpoint that is worthy of investigating.

Still, there are glimmers of more captivating content, particularly when the song’s popularity is rediscovered years later with contemporary artists covering it. Here is where the backdrop plays host to more compelling notions, how art can influence different groups at different times and connects to a larger emotional tapestry. It’s a theme that sadly does get a bit lost in this tale, especially as it gets sidetracked with the brief career of Jeff Buckley. However, the topic of rebirth and restoration fits well with the deeper religious influence on Cohen’s work. Of the man himself, the archival footage showcases the grizzled charm that could be quite appealing, notably in his older years when his stage performance takes on a more soulful yearning. It’s a shame that a more focused eye could not elevate these moments as more prominent, which do get lost in the sea of mundanity.

It’s regrettable that the promise for “Hallelujah: Leonard Cohen, A Journey, A Song” to be a much more provocative analysis of a musician’s life is essentially unfulfilled. Despite a magnetic subject matter and engrossing set-up, the results are banal in their final form. While one will occasionally find Cohen’s natural persona inviting or be amused at how his discography can go through evolutions through generations, the film is still saddled with a dull and tedious foundation that struggles to break free from unextraordinary filmmaking. In this regard, it has much in common with the countless other films that populate this subgenre. It’s too bad that this one does not find itself rising above the pack.