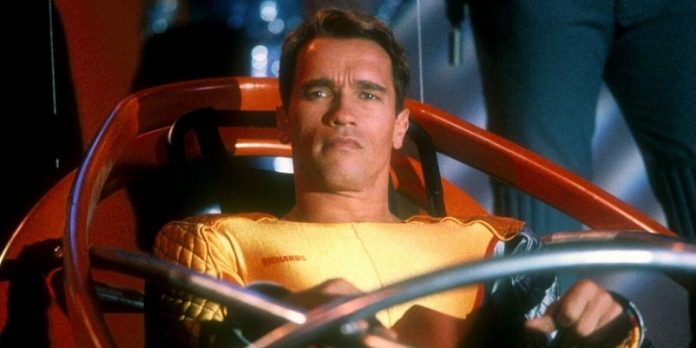 ​Edgar Wright is venturing into the world of Stephen King. Deadline reports that Wright will write and direct an adaptation of “The Running Man,” the dystopian novel that King put out under the pseudonym Richard Bachman.

Edgar Wright is venturing into the world of Stephen King. Deadline reports that Wright will write and direct an adaptation of “The Running Man,” the dystopian novel that King put out under the pseudonym Richard Bachman.

“The Running Man” was previously adapted into a 1987 blockbuster starring Arnold Schwarzenegger, but the outlet states that Wright’s version will not be a remake. It will be much closer to the source novel in terms of tone and narrative. Wright will co-write the story with Michael Bacall, who will, in turn, pen the screenplay. Bacall is perhaps best known for writing the hit “21 Jump Street” and co-writing “Scott Pilgrim vs. the World” with Wright.

Simon Kinberg will produce “The Running Man” through Kinberg’s Genre Films banner, alongside Nira Park from Edgar Wright’s Complete Fiction banner. Kinberg first floated the idea of a “Running Man” adaptation to Paramount Pictures, and he courted Wright as director. Wright has a history of being selective with the films he opts to direct, and this selectiveness had led him to leave blockbuster projects like “Ant-Man” and turn down long-gestating remakes like “An American Werewolf in London.”

Wright adds “The Running Man” to his already full plate of projects. He recently finished the documentary “The Sparks Brothers,” which premiered at the virtual Sundance Film Festival last month and earned rave reviews from critics. He’s also completed his next feature, “Last Night in Soho,” which is scheduled for an October release. The film will star Anya Taylor-Joy and Matt Smith.​

Wright is tentatively attached to an adaptation of the Adrian McKinty novel “The Chain at Universal” and has floated the possibility of a sequel to his 2017 heist-comedy “Baby Driver.” Neither project has been confirmed, but Wright fans can rest assured that they will have plenty to fawn over in the near future.

“The Running Man” does not yet have a start date.

What do you think of Edgar Wright adapting “The Running Man”? Do you think the film will be able to top the 1987 version? Let us know in the comments section below or on our Twitter account.